The overreach of government is a common refrain among conservatives this pandemic, and not without cause. As those such as Father Raymond de Souza, Ed Bosveld, and others have argued, the State has not merely expanded to the occasion of the crisis, nor only taken powers upon itself it finds necessary to meet the threat. It is the way that it has done so, with an aw shucks kind of pragmatism that every day folks just need to understand. As the impossible trinity has it, of fast, stable, and open, you can only have two.

That argument itself overreaches though when it puts too much stock in this tyrannical motivation. Father de Souza argues, for example, that State overreach – no argument from me on that part – is motivated by a tyrannical desire to put its subjects in its place, remind businesses who has what power and chasten pastors about who is allowed to say what.

Pragmatism is the true rot at the heart of our institutions, political, educational, cultural, the gamut. That it leads to tyranny is predictable.

But the essential problem is not a slide into tyranny. I doubt this motivates many of our public servants, or even some of the most activist judges. State overreach is the consequence of a much more seemingly innocuous pathology: pragmatism.

Pragmatism: that common sense logic that preaches that you gotta do what you gotta do, and that when things stand in your way, you have to find a way around them. We stay up until it’s solved. We work until it’s done. There’s a blue collar “can do” spirit that dresses up this sickness, and it makes it go down easy. Who among us has time for board policy manuals, or Robert’s Rules? We have things that need doing. Action is demanded. 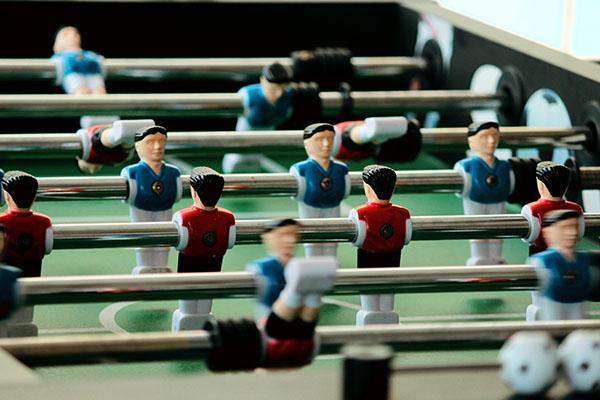 The Politics of Red Team! Blue Team!
How to Tax the Rich
COVID and the Fearful State

This is the heart of the debate around the so-called Beijing Consensus, for which some in the democratic world continues to express disconcerting romance. Even Xi Jinping is not really a tyrant, I think. He’s a pragmatist. And pragmatists have to break a few eggs to make an omelet. Sometimes you have to do a few bad things to achieve a larger good. Crises move fast, our policy has to keep pace, and that means sometimes we don’t have the luxury of stopping at every roadblock of democratic accountability or transparency.

This is not really a problem of the left or right, or even politics. This is a cross spectrum problem, it’s a modern problem. Charles Taylor calls pragmatism, or consequentialism, one of the three hallmark pathologies of our modern moral order. It’s a crisis of ethics, of ends justifying means, of taking the slow road of transparency and accountability when we have time for it, but who has time for that these days? The public demands action. The shareholders demand results. The board has a mission to safeguard.

Pragmatism is the true rot at the heart of our institutions, political, educational, cultural, the gamut. That it leads to tyranny is predictable. Tyranny, after all, is much more pragmatic. It is far more efficient. It can achieve ends much faster, and much simpler, than the rocky, sclerotic, openness for which the West is rightly famous. Taylor – paraphrasing Alexis de Tocqueville now – predicted that too. A pragmatic society is a trapped society, one imprisoned inside of the iron bars of ethical instrumentalism.

Power isn’t the point. Results are. But our naïve inattention to its structures and consequences means its perversion and corruption is almost inevitable.

Should people of faith be worried about State overreach? I think we should. But I doubt our elected representatives are growing State power for the thrill of domination, anymore than our school boards doctor the minutes, our associations creatively interpret their charters, or our church councils flatly ignore their bylaws, to flex their muscle. Power isn’t the point. Results are. But our naïve inattention to its structures and consequences means its perversion and corruption is almost inevitable.

State overreach isn’t a tyrannical play. It’s a survival strategy for bureaucrats and elected representatives at their wits end, desperately delivering what their pragmatic electorate demands: not freedom and liberty for all, but security and prosperity for most. We haven’t become a society of tyrants. We’ve become a culture of pragmatists. And that may actually be much worse.

Photo by Simone Pellegrini on Unsplash.com

Don Hutchinson notes that when sports and politics overlap we become "fan-atics" cheering for our favourite sweaters and socks.

How to Tax the Rich

Canadian legislation undergoes none of that: our Prime Minister commands the confidence of a House he or she normally has a majority in, and so the government can make whatever unpopular or arcane laws it sees fit, provided it is willing face the electorate on that record every four years or so Maki...