Since the Ontario election, pundits have been trying to divine what broad shift the results showed. Tasha Kheiriddin saw warning lessons for Stephen Harper. Andrew Coyne declared it was a referendum on fiscal conservatism in which fiscal conservatism lost. John Moore found evidence that the Big Shift thesis of a few years back—which argued Canadians were becoming more conservative and setting the stage for the Conservative Party to become Canada's national governing party—had run its course and was being disproven.

I think the Ontario election reflected little more than what Ontarians were thinking on June 12th.

Each pundit points out relevant factors that shouldn't be ignored, but many mistakes have been made by interpreting the entrails of election pasts as predictors of elections future. In fact, the definition of the "ballot question" is what determines election outcome. And in our culture of deeply fractured media sources, the ballot question usually gets reduced to some very elementary slogan: 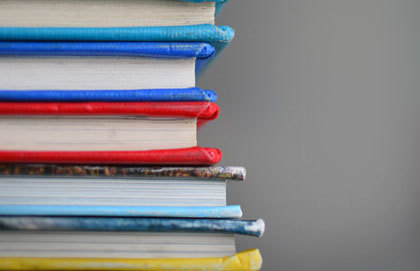 Educating Globally, Deciding Locally
At Least Quebec Is Honest About It
The Time Wasn't Wasted

This is the pundit's despair: Ideological winds matter little in this country. True, some ideological shifts may make some ballot questions more plausible than others, but we've seen time and again that ideology doesn't win Canadian elections. Canadians are not the ideological type. True believers on either side of the spectrum cancel each other out and elections are determined by those in the mushy middle who qualify every conviction they hold: "X is important but on the other hand, you need to consider the opposite of X too."

The recent Quebec and Ontario elections provide excellent case studies. Pauline Marois and the PQ were winning the polls when the ballot question regarding the secular charter. But one day Pierre Péladeau mused out loud about a sovereign Quebec, the ballot question changed, and for the next four years Quebec will be governed by the Liberal Party under the leadership of Philippe Couillard. No one needed to change their minds about anything. If the ballot question was about secularism, the PQ would have won a majority. But it was about sovereignty and so instead they lost power.

In Ontario, there was every indication from countless pundits that the scandals and economic record of the Liberal government meant they would lose the June 12th election. But early in the campaign, when the Conservative Opposition mentioned that their fiscal plan included cutting 100,000 public servants, every one of Ontario's 1.1 million public servants worried whether they might be among them. Given that between direct family and close friends, each had at least four or five others who worried along with them, simple math tells us that at least half of the Ontario electorate wondered whether electing the Conservatives meant that Brother Bob or Sister Sue would soon be unemployed. The ballot question changed, and so did the election results.

It sounds cynical to suggest that political ideologies are irrelevant to politics. And in a sense, they aren't. Over the course of ten elections, say, a shift to the right or left among the populace will increase the likelihood of a right-leaning or left-leaning party being elected to office more frequently. But in any given election, at least in Canada, ideology is largely irrelevant. It makes for interesting punditry and helps us understand what is happening from a broader perspective, but it is rarely predictive.

For better or worse, the next election will be shaped by the campaign that is most successful in defining a ballot question which divides the electorate in a way that is favourable to their outcome. Platforms, celebrity leaders, ideologies, editorial positions all pale in comparison to the singular importance of the message calendar.

What happens today is meaningful only insofar as it contributes to the plausibility of the brand campaigns that voters will be exposed to when they are finally paying attention, which, increasingly, is only in the final week or two before ballots are cast. In the meantime, most of what pundits are saying—including in this space—amounts to background noise.

It may tempt you to despair, but this what we call democracy today. Hardly an ideal system, but as Churchill famously said, "Democracy is the worst form of government, except for all those other forms that have been tried from time to time."

It is clear that a focus on economic stability and familiarity with incumbent governments (a theme we have also seen lead to results in the B.C Moreover, the feeling on election night—especially when the results aren't what you were aiming for—can be among the loneliest moments a person can feel ...