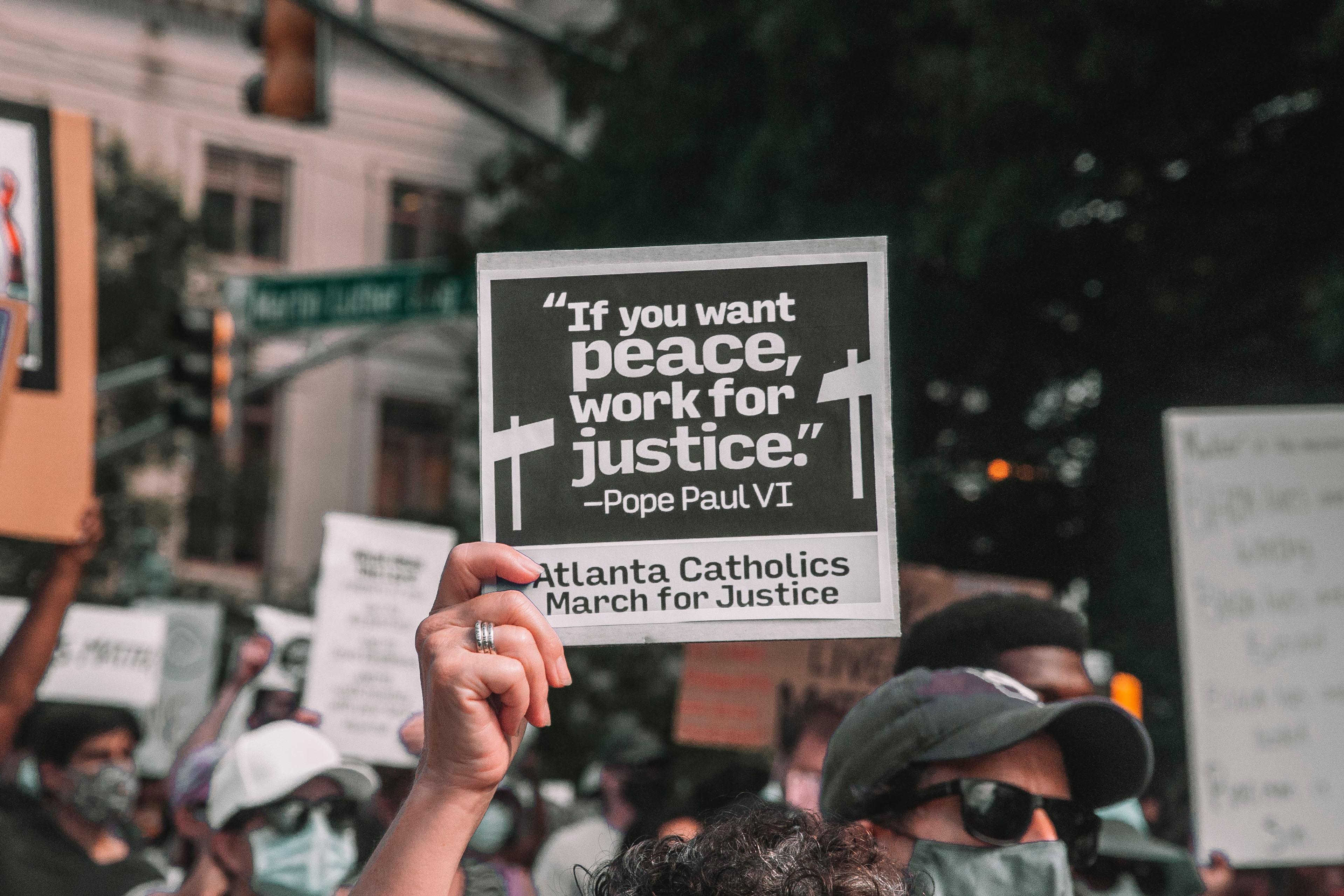 The Spiritual Connection of Violence January 15, 2021  |  By Robert Joustra
Print

In 2015 I spent my summer months hosted by St. Ignatius University in the central Belgian city of Antwerp. We were studying religious radicalization, and Antwerp was an auspicious setting.

The problem was so acute the city had created a department of “deradicalization.” We had talks with its head while we were in the city, debating the links between religious rhetoric, community formation, internet radicalization, and acts of violence. We studied and compared historic accounts from Ireland, Yugoslavia, and prescient present-day studies from Russia, Hungary, Brazil, and – yes – the United States.

Thank God what is happening in the United States is not the Islamic State. Beheadings, systematic rape, enslavement, all of these are importantly absent from last week’s events. But the escalating radicalization – of which many events in recent history will be enfolded as the story is told in years to come – formed a powerful crescendo when the Capitol was breached. In the words of Emma Green, it was “A Christian Insurrection.” And there are still lessons from Antwerp that should reach us today.

The first is this: The violence is not irrational. Shadi Hamid wrote an essay that only he could have penned in the aftermath of the terrible events of the 2019 mosque massacre in Christchurch, New Zealand. “White Supremacism Isn’t Insanity,” he argued, in a signature foray for Foreign Policy.

To dismiss it as unhinged, crazy or mad suggests some medical or psychological problem from which normal humans are immune. We are not. And we dare not dismiss the manifestos or the violent acts of these groups as nonsense or stupidity.

The ugliness and evil of the Christchurch events can make us forget the important lessons of Hannah Arendt – that great Jewish political philosopher of the 20th century – in her essential work Eichmann in the Jerusalem. Such evil is not irrational, she concluded, after listening to the testimony of Adolf Eichmann, spirited away to Jerusalem for trial all those years after the Holocaust.

To dismiss it as unhinged, crazy or mad suggests some medical or psychological problem from which normal humans are immune. We are not. And we dare not dismiss the manifestos or the violent acts of these groups as nonsense or stupidity. They are deadly serious, and without offering an ounce of credibility to their conspiracies, racism, misogyny, or otherwise, we can read them on their own terms to understand what they want, and what they’re willing to do to get it.

The second is this: It is about religion. As a Christian, I certainly understand the impulse to disassociate from radicalism. Other world religions – Islam most prominently among them in recent years but also Hinduism, Buddhism, and more – have labored to distance proper belief and practice from radicals. Radicals are almost always a subgroup of a subgroup, and their numbers are usually low. But denying their own professed religious commitment cuts off a key source of challenge for radicalization: faith itself.

Competing Religions, Competing Rights, and a Court Getting it Right
On Good Data & Bad Ideas
What's next for Canada's Office of Religious Freedom?

“Only good theology beats bad theology,” Chris Seiple likes to say. Muster the theologians. Meet them on their ground.

Paul Marshall in his pathbreaking book Silenced: How Blasphemy and Apostasy Codes are Choking out Freedom Worldwide argues that in countries like Pakistan actual Islamic radicals are very much in the minority. The scandal, Marshall says, is not the radically violent minority. It is the tolerant religious majority: they are not violent themselves, but they also give harbor and home to the violence through tolerating, understanding, and often tacitly approving of it.

Radicalism often looks more powerful than it is because it is enabled by larger, silent majorities.

The third is this: It’s also not about religion. We can’t default to a kind of fatalistic idealism that imagines that radicalization is exclusively about doctrinal or religious ideas. It’s often primarily about practice, about community, but also about things like jobs, money, esteem, status, marriage – life. The scourge of radicalism cannot be beaten by proof reading sermons across the Bible Belt. It must be met with real attention to the social and economic isolations and degradations that so often gives rise to violence as the best, sometimes only, solution. It matters that these riots struck during a year of pandemic lockdowns, even if that is not the only thing that matters, and especially if it does not somehow absolve the actions.

The fourth is this: The Internet is less important than Boomers believe. We’ve been so dazzled from a quick skim of The Shallows that we too easily default to big tech as the cause and solution to all our problems. One of the key lessons from Antwerp was that the Internet, and digital communities played a catalyzing role for radicalization, but only when those digital communities were embedded in proximate, local communities.

The isolated, angry young man who hears a pizza gate conspiracy may listen, but the causal role of Internet community is far greater if it is embedded in real, local community. If the Internet were the key catalyst, we would expect to find random radicals popping up all over the cable lines. We don’t. They are in clusters, in geographic communities, fostered, formed, and prized.

Finally, the easy whataboutism must, at all costs, be resisted by the American Christian Church. This isn’t about tallying columns on material damage of 2020’s riots, or whether one’s perceived opponents did “worse,” or “the same,” even if that were true. The Gospel of Jesus Christ has been conscripted into pogroms of violence – not for the first time – mixed with a deadly cocktail of civil and social religion, conspiracy and apocalyptic-ends-justify-the-means.

It doesn’t matter if the Caliphate is landing on the beaches of Tampa. The pagan idolatry at the heart of this movement must be lanced like a boil.

It doesn’t matter if the Caliphate is landing on the beaches of Tampa. The pagan idolatry at the heart of this movement must be lanced like a boil.

Many are now learning the term Christian nationalism for the first time. We can debate its merits. But the idea is not new to this decade, this century, or even this millennium. Even in America’s dysfunction, there is nothing exceptional about it: Brazil, Hungary and Russia, just to name a handful of contemporary examples, are all deep in the crucible of kinds of Christian nationalism. The Islamic world is hardly different, and the Buddhist and Hindu worlds are chasing hard to catch up. It’s not a race anyone likes to win, but it’s also hardly new or hardly shocking.

The historical curiosity of secularization hoodwinked us for a hot second that these kind of religiously-exclusive nationalisms were on the decline, but they’re back. The prize of a pluralistic public order in the midst of deeply held, deeply fundamental difference, has always been a fragile, extraordinary thing.

America could do much worse than to look to its own past, to the present-day struggles of its friends – even the Belgians - and even to its foes, to find a path forward.