On October 30, Cardus’ Faith in Canada 150 program launched one of its final initiatives of 2017, the Ross and Davis Mitchell Prize for faith and writing. Rowda Mohamud and Shane Neilson were announced as the prize-winner and runner up, respectively, for the category of poetry. You can read their full poetry suites here.

The selection of these poets and their readings at the reception were a true highlight for me. Neilson’s delightfully complex sonnets wove stories of his family and his native province together into a somewhat melancholy collection punctuated often with brilliant insights. Mohamud’s poetry, on the other hand, cut right through the smug self-congratulatory myth of Canadian—and Torontonian—tolerance. As she read of a Somali-Canadian Muslim mother’s advice to her young daughter, one could palpably feel the discomfort in the audience as they imagined having to look at the world with such pragmatic suspicion. I do not share her religion, but I do share her humanity. And for a brief moment her words, as unsettling to my familiar world as they were, created an enlargement in my community. For that, I’m grateful.

Below are two more reflections from our poetry prize winner and runner up that explain more about why they submitted to the prize!

Rowda Mohamud: “What It’s Like to Wear a Hijab in Toronto”

Four days ago, I was honoured to accept the inaugural Ross and Davis Mitchel Prize for Faith and Writing in the poetry category. The suite of poems I submitted speak about my experiences as a Canadian-Muslim-Somali woman, mother and sometime resident of Toronto. The poems describe what it means to be a visible minority woman (I am black and wear the hijab) dealing with racism, Islamophobia, and mild curiosity as she’s trying to go about her day.

Because of the way I dress, strangers feel emboldened to approach me at the bank ATM, at the grocery store, at the dentist, when I’m barely awake getting my morning coffee… and they feel entitled to answers to various questions they wouldn’t dare ask anyone else.
Related Stories 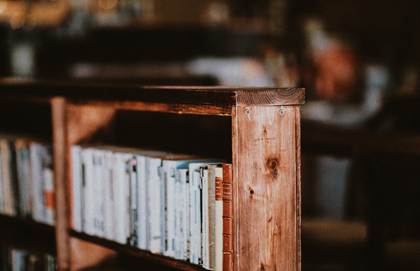 Countdown to the Mitchell Literary Prize
And The Mitchell Prize Winners Are….
Appropriate for You

Because of the way I dress, strangers feel emboldened to approach me at the bank ATM, at the grocery store, at the dentist, when I’m barely awake getting my morning coffee… and they feel entitled to answers to various questions they wouldn’t dare ask anyone else. Some questions are irritating but mundane: “What’s it really like being a Muslim woman? I worry about women like you.” Some questions are downright offensive to me as a confident, worldly, educated, independent woman: “Did you decide to wear the thing on your head or did your husband/father/brother/uncle/random Muslim man force you to wear it?” Some questions I see as a secret cry for Islamic Theology 101: “Why is Allah such a hateful god? How can you believe in him?”

Depending on my mood, how much time I have, concerns about my physical safety, (or how much fun I feel like having), my answers vary from silence to a pre-packaged sound bite. It is amazing how dumbstruck people get when I say, “Yes, my dad forced me to wear this. Isn’t he a devil?” It is very interesting how no one has ever offered to save me from my imaginary abusive dad. It is interesting how people never want to know more than that. It is exasperating when I try to explain that they are bothering me, that it is rude and un-Canadian of them to think it is okay to have my beliefs open for public dissection like this. Really, it is none of their business.

This is the main reason why I submitted my poems for consideration. I wanted people to know what it is like to be constantly subjected to such intrusive scrutiny because of my religion. I want people to get as uncomfortable as they have made me as a Muslim woman, wearing her hijab publicly in Toronto.

Poets like to fight. Once, it was pistols at dawn. Now it is social media. No one dies, which is good, but novelist David Adams Richards would make the case it’s only a difference in degree, not in kind. On social media the fight ends when individuals and whole categories of people are shamed, marginalized, and ignored.

When I checked my Facebook account on December 14, 2016, I learned of a new daily target: the Ross and Davis Mitchell Prize. In the comment feed was a gem by a fine poet and social media provocateur who complained about “a bunch of rich religious people trying to centre religiosity in Canadian letters using money instead of using ideas.”

Wait a minute: isn’t religion itself a cluster of ideas? A few commenters tried to defend the prospect of the prize, the idea of it, but the rest of the commenters indulged in the common prejudice shown to persons of faith by the progressive left. “Idiocy” said one. “Ominous” said another.

I began to wonder if the prominent role of religion in Maritime life constituted a double prejudice that CanLit possessed as a default – and so I resolved to submit a corona (crown of sonnets) about my dead mother to the prize.

As a New Brunswicker, I got my back up a little bit. I grew up as a Catholic and accompanied my mother to St. Vincent de Paul church in Oromocto every Sunday. I got confirmed. I watched her support the church materially and with her time. She was a member of the Catholic Women’s League. She was educated by nuns in what was once called Newcastle but is now Miramichi City – the same place David Adams Richards hails from. (Richards was also someone the Facebook commenters mocked.)

I began to wonder if the prominent role of religion in Maritime life constituted a double prejudice that CanLit possessed as a default – and so I resolved to submit a corona (crown of sonnets) about my dead mother to the prize. “Loss Sonnets” celebrates Elizabeth Margaret Neilson by representing her faith in complex ways. The sequence displays a faith that assisted her as she dealt with both systemic and direct misogyny she faced as a professional woman and as a wife. I sang her name in this long poem as a prayer.

To this day I can’t understand how such poems are offensive or bad. After searching my motivations and realizing all I was trying to do was honour my mother and province but not sanctify them, I realized that any fear I had of submitting to a faith-underscored prize was because (1) I was being shamed, (2) that my mother’s world view was being shamed, and (3) that my identity as a Maritimer was being subtly shamed. So I submitted poetry to a panel of distinguished judges. Despite the predictions of the critics, the jury ultimately selected a work by a young Muslim woman for first prize and mine as a runner up. And I have the great satisfaction of being selected for second place by jury member George Elliott Clarke, a Maritime poet who is also one of my heroes.

In that Facebook comment section that thankfully alerted me to the prize in the first place, Jared Bland and Mark Medley, the literary editors of the Globe and Mail, were asked by one poet, “Does this stuff matter?” Here’s my answer: It did to my mother, a good woman who worked hard every day of her life. And it does to me. I hope it continues to matter as much to others of all faiths who finally have a competitive place that they might send their work, and I challenge the Ross and Davis Mitchell Prize to maintain the prize as a diverse enterprise.

Countdown to the Mitchell Literary Prize

Judges for the $25,000 Faith in Canada 150 Mitchell Literary Prize have their short list ready to announce today. Convivium Publisher Peter Stockland spoke with contest director Doug Sikkema about what the high quality of the entries means for Canadian literature.

And The Mitchell Prize Winners Are….

This Monday evening at the Aga Khan Museum in Toronto, a Canadian poet and a Canadian fiction writer will be feted – and awarded $25,000 – as winners of the Ross and Davis Mitchell Prize For Faith In Writing. Cardus’ editor and senior researcher Doug Sikkema, who oversaw the competition from its beginnings two years ago, says everyone who put pen to paper has contributed to advancing the vital role religious traditions play in Canadian life. Those who’ll miss Monday’s festivities can still read the work of short-listed writers here.