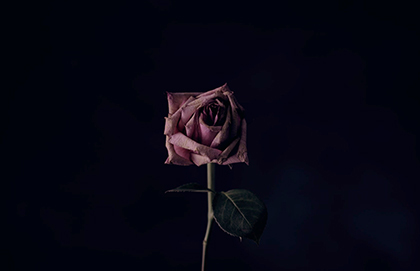 This article first appeared in healthydebate.ca.

Kieran Quinn’s recent thought-provoking article informs the ongoing discussion about Medical Assistance in Dying (MAiD) in Canada and acts as a call to action for us all to be involved in this important debate.

Last week, the federal government did just that. They formally asked all Canadians to weigh in on who should be eligible for MAiD and other aspects of the law in the public consultations section of its website.

The recent Truchon decision resulted in the approval of MAiD for two patients who were not terminally ill. This has opened the door to an expanded availability criterion for MAiD in Canada, specifically to include patients who are suffering intolerably, even when their death is not imminent.

Quinn, while reflecting on his own experiences caring for patients with intractable suffering, correctly calls upon all sectors of society to be more broadly and transparently involved in setting policy around MAiD, rather than allowing decisions to be made primarily through the courts.

Many of us who work in health care have also witnessed intractable suffering. In our resource scarce health care system, we have seen patients request MAiD as they perceive it to be the only realistic solution to their suffering.

But these anecdotes, while very important, cannot substitute for evidence. Studies have consistently shown that MAiD requests are more likely to reflect concerns about autonomy and control than medically-intractable suffering. Fear of the future and of losing control are real problems patients struggle with, but they are not the problems that MAiD is fundamentally meant to address. 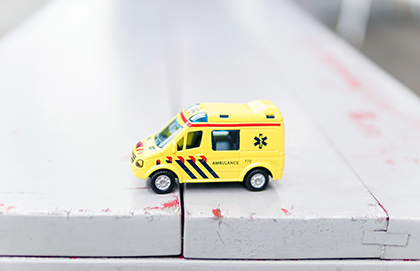 Although the discourse around MAiD access focuses on physical or psychological suffering, honest debate demands that we refocus on the real drivers of potential ever-expanding MAiD indications.

Since fear, uncertainty and isolation are a common (and arguably increasingly prevalent) part of the human experience, the drive to offer MAiD to patients with these indications – including those who are not foreseeably near death – is increasing. Before concluding this is the right thing to do, we must consider MAiD’s potential harms.

The original prohibition on assisting in suicide was meant to protect those who, in a moment of weakness, brokenness or despair, would be unduly encouraged to end their lives rather than to seek healing, meaning and repair. When the Supreme Court allowed a limited legalization of MAiD in the Carter case, it also recognized the risks of allowing assisted death. Those most vulnerable to these risks – those for whom personal and social supports are the weakest – should be foremost in our minds when considering the expansion of MAiD criteria.

Consider the many individuals living with chronic disease – with heart failure, kidney disease, dementia, etc. The ones who “do poorly” are invariably those who can’t afford extra care, who are less educated, who lack social supports – families or friends who can visit and help. They are the ones most likely to feel “out of control” because so many of these problems are out of their control. They are the ones most likely to be affected by loneliness, by a loss of agency and the feeling of lost autonomy – the kind of intolerable suffering that might lead to MAiD under expanded criteria.

Accepting MAiD as a solution to these problems reflects a real despair about our ability as a society to respond to these existential problems. It reflects an inappropriate medicalization of what are really problems of the human condition. And it reflects an unspoken medical paternalism: in the final analysis, the community of one’s family, friends and neighbours cannot help – only the doctors and the health-care system.

Accepting MAiD as a solution to these problems reflects a real despair about our ability as a society to respond to these existential problems.

Those of us who oppose the normalization of medically-induced death see this as a two-way street: using MAiD to treat existential harms undermines the societal support structures and protections for those whose suffering is chiefly existential. Crudely put, it is easier to care for a dead patient than for a lonely or fearful one. In a medical system ever beset by resource constraints and burnout, the temptation to give in to an early request for death looms large over efforts to expand the indications for MAiD.

Again, this risk is especially true for those on the margins – the poor, the underhoused, those with language or cultural barriers to care, and those in rural or remote communities – for whom the provision of high-quality care, and in particular palliative care, remains elusive. Evidence-based efforts to ensure that the vulnerable are protected in Canada’s MAiD regime continue to show that even the current law does not provide complete protection – which ought to give us pause when considering an expansion of criteria.

We understand that for some of our colleagues, MAiD is simply an extension of good palliative care, another medical procedure to be offered judiciously in a patient-centred way. As clinicians, however, we cannot but disagree. MAiD engages a much deeper question about the meaning of life, which is why it is subject to judicial and societal review, unlike other medical advances, and why large parts of the world consider it unethical.  It is instructive to consider that within the palliative care community, MAiD is widely considered to be outside the scope of palliative medicine – explicity not another palliative tool among many.

Wherever we stand on this issue, professionalism demands that we honestly appraise the causes and justifications for MAiD. Cognizant that MAiD requests most often stem from concerns of autonomy and control, we ought to seriously ask ourselves if supporting the expansion of MAiD for a few justifies exposing an ever-increasing number of marginalized, vulnerable patients to its irreversible harms.