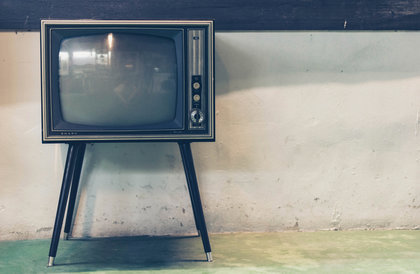 Martin Scorsese’s recent movie Silence, based on the Shusaku Endo novel, remains topical as it moves into Netflix land. Frankly, I was reluctant to even see it in the theatre. While there are a few shining counter-examples, most movies about religion are simply mind-blowingly bad. They are bad if they are Christian propaganda, and they are bad if they are secularist propaganda.

Did I really want to see another film about morbid clergy, the evils of religious violence, how the answer to all this stuff is a cheerful nihilism? That was the impression of Silence I had from the reviews I read, even from Bishop Robert Barron. Add to this the record of Scorsese, who directed The Last Temptation of Christ aeons ago. It was a movie so out to lunch it didn’t deserve the offended horror it garnered from conservative Christians. It was as colossally inaccurate about the character of Jesus as a film would be depicting Donald Trump as humble hermit in the woods.

So I was semi-dragged to Silence during its last week at a repertory cinema. I went in lieu of going to a disturbing art opening about the violence European colonialism and indoctrination did to First Nations people. The art exhibit turned out to be overbooked. In the end, Silence was an interesting juxtaposition.

Where I expected an apologia for relativism, Silence offered tragedy: a genre that is scarce in this era when everything has to be a political statement.

The story is set against the backdrop of 17th century Japan, which had recently developed a trading relationship with European powers, especially Spain and Portugal. In the process, Jesuit missionaries arrived, and numerous Japanese converted to Christianity. However, at some point, the Japanese felt threatened by the possibility of cultural take-over and the shoguns banned Europeans and Christianity. Maybe they sought to avoid the fate of the North American First Nations depicted in the art show I missed. But they were more technologically advanced than most of the First Nations and presumably had stronger immune systems to resist the diseases that spanned the Eurasian continent. They did not fall en masse to smallpox. Hence, their efforts at repelling the Europeans with their culture and religion were successful.

During the purge, Japanese Christians were forced to renounce their faith under torture. For well over a century, there were no clergy. The few Japanese Christians that survived kept the faith going through Bible study, baptism, and perhaps the Liturgy of the Hours, which is gradually coming to the fore again among lay people today. (The story is still told among educated Catholics today about how these underground Christians were rediscovered 150-plus years later.)

Two of the pivotal priest characters in the film apostatized. Their renunciation of faith was symbolized by the act of stepping on an icon, the face of Christ. A third priest, who actually seemed more of a simpleton and a weakling, did not. He died in an impulsive act of solidarity with some of the Japanese martyrs.

There is no way Silence supports spiritual relativism. Here I respectfully disagree with Bishop Barron. It may indeed lend credence to the idea that faith and principle don’t stand a chance against totalitarianism; that the good does not triumph over evil. But that is an entirely different question. If anything, it reminded me of George Orwell’s 1984 – blended with a good measure of Mel Gibson.

Silence is a film about closed borders. No wonder it is not a comfortable movie. It is calculated to make queasy both the denouncers and the current defenders of Western civilization.
Related Stories 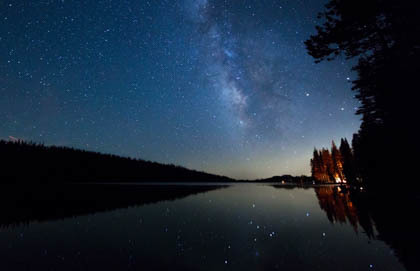 Silence is jarring. Not only because of its general tension and brutality, with no comic relief, but also because it messes with multiple popular narratives. It confronts us with paradoxes that challenge things we hold dear. The most obvious example is the failure of heroic Christian missionaries. There are no Jean de Brébeufs or Óscar Romeros here.

There is the juxtaposition of Buddhism, which we think of as a religion of peace, with the appalling nationalistic ideology of the shoguns. All the trappings of that culture – and it is one with a very rich aesthetic and spiritual tradition - became the backdrop for atrocities. The Japanese tea ceremony was the context for their version of the Inquisition. Tranquil Zen gardens and courtyards became prisons and torture chambers.

There is the placing of European colonialism against resistance from a ruthless and capable opposition. At the same time, it’s hard to paint these Jesuits as colonialists. They just don’t have the rapaciousness of Columbus or the settlers in the American West, or even of the genteel promoters of Canadian residential schools. They love God and neighbour, even if they are self-absorbedly scrupulous at times. They are, at any rate, likeable.

There is the similarity between Tokugawa Japan and the current populism on both sides of the Atlantic in feeling threatened by the possibility of newcomers swamping their culture. Silence is a film about closed borders.  No wonder it is not a comfortable movie. It is calculated to make queasy both the denouncers and the current defenders of Western civilization.

At its core is the breaking of the human spirit under the boot of totalitarianism, which can happen anywhere, with anyone as the perpetrator. The act of stepping on the Christian icon is not simply an act of compassion to release one’s suffering comrades. Rather, it legitimizes particular Japanese power in all its forms. It says “you are right” to compelled speech and torture, and to using people’s suffering to coerce loved ones into compliance.

Father Rodrigues gives in because he is forced to witness the Japanese Christians slowly being executed. Even aside from the question of faith in Christ, there is a violation of the deepest order from a secular, existential perspective: forcing a free man to affirm what is unconscionable.

The violation is underscored when those whom the Japanese have won over are required to repeat their renunciations. They have to mean it. Or else. Not only do they repeat the symbolic stepping action, they also, in one of the scenes close to the end of the film, are employed to search among items confiscated from villagers for evidence of clandestine Christianity.

And this is where the real challenge of the film lies: is there a point where force and brutality can overcome heroism and crush it to powder? Does sufficient faith lead one to a happy ending? The title Silence refers to the silence of God. The challenge to faith here isn’t based on it being an expression of oppressive power: of colonialism or sexism or what have you, but rather on its impotence. So the answer to the first question at least seems to be “yes” and to the latter question, by implication, “no”. Anyone can be broken, Silence says, and the future just might be “a boot stamping on a human face, forever,” an image that is uncannily central to both Orwell and Scorsese. Certainly, Orwell’s Winston Smith in 1984 finally gives in and “loves” Big Brother in a manner paralleled by the apostate priests in Silence who embrace their captors’ life.

The film’s worthiness resides in its very tragedy. A seemingly minor personality flaw, in this case, the self-absorbed heroic striving of Fr. Rodrigues, leads to calamity. Tragedy was seen by the ancient Greeks as purifying the audience through catharsis. More than a mere release of emotion, catharsis is a transformation of simplistic blame into humble empathy. Tragedy can visit anyone under the right circumstances. Tragedy constitutes a kind of anti-propaganda.

Gavin C. Miller is a field biologist with experience in ecological restoration and native plant propagation, and a freelance writer living in Toronto.