In the 1990s, there was a Trappist monastery near Orangeville that I would visit. It had a bookstore in the front whose shelves were lined with discourses on the Enneagram, on Zen, on Robert Bly’s Wild Man. The Sixties still hung in the air like the odour of the Oka cheese that the cloister also sold to those seeking God. Down the road where I would go for walks, the neighbours had a pair of ferocious dogs who would charge out from their property to confront any hiker. But the community was an essential support for me at the time. Now, from what I know, there is minimal organized contemplative presence anywhere in Ontario, with the exception of a couple of tiny Carmels for women.

Not entirely: maybe there are hardly any Christian contemplative communities. But at the end of 2017, I encountered an article in Toronto Life magazine that confronted me vividly. It was by an interior designer called Jeremy Vandermeij who had discovered the riches of the interior life, at a Buddhist retreat. Here, in this glossy lifestyle magazine was a paean to spiritual practice that was of Trappist or Carthusian intensity. It was a far more demanding regimen than I had ever done (and, to be honest, than I would probably be willing to do). The experience had clearly been beneficial to him. I could not help but admire the guy. And it made me think.

Over the years, I had maintained the habit of going to church and doing evening prayer over the phone with a friend or two. But the habit of regular deliberate silence had fallen into dereliction. A couple of my mentors who encouraged such things had died in the last decade. My current fellowship communities tend to be heavy with volunteer busy-work and intense intellectual discussion. That’s important, and there’s a real risk of quiet and relaxation becoming a selfish thing. Still, I was fretful, watched too far many YouTube videos, worried too much about the future both personal and political, and was subject to neurotic aches and pains. So Jeremy Vandermeij made me revisit the need to incorporate this dimension of spirituality into my life.

Vandermeij’s article led me to check out Robert Cardinal Sarah’s book, The Power of Silence. Cardinal Sarah has a reputation for being an intimidating character, and the book sort of bears that out. He has little patience for the West’s penchant for sensuality, chatter, and entertainment. But then again, neither did Buddha, who in disposition was much more like Cardinal Sarah than Deepak Chopra. A glance at any of the early Buddhist writings makes this very clear. 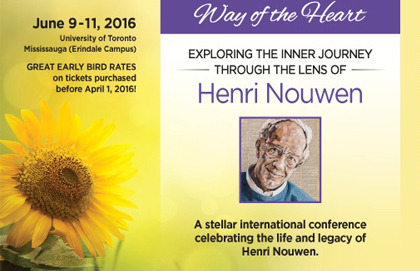 In some ways, it is hard to imagine two more different people than Robert Sarah and Jeremy Vandermeij. Yet they converge on the benefits of silence and solitude: to the extent that both of them independently use the exact same adjective and apply it to similar circumstances. Vandermeij was moved to go on the vipassana retreat with its regime of “noble silence” because of the after-effects of rejection and bullying. This echoes Cardinal Sarah’s words that “faced with pain, we see two diametrically opposed routes traced out: the noble way of silence and the stony rut of rebellion….” When a Toronto interior designer and an African cardinal agree on something, I tend to take it seriously.

Cardinal Sarah is strict on the liturgy: he is as critical of some African cultural practices as he is of the West. But this deserves a closer look to the essence of what he is saying. A point that Cardinal Sarah makes, with respect to the liturgy but also applicable to everyday life; is the conjunction of reverence and intimacy. An old wedding rite has the husband and wife say to one another “With my body I thee worship”. Greater silence and reverence do not need to imply the imposition of stiff formality but rather self-effacement in the presence of mystery, the Holy Other. As Bruce Cockburn sings, “in the silence at the heart of things, where all true meetings come to be, I see the rose above the sky open, and the Light behind the sun take all.”

Vandermeij describes how the practice of contemplation really does heighten awareness, pretty much of everything. Silence is necessary to the naturalist as to the monk, for the Creator and the creature both reveal themselves only under its ambit. Great naturalists like John Muir and Jane Goodall made their discoveries and achievements through silent observation.  Some years ago, a dear friend and colleague of mine, not at all a religious man, visited Warren Woods in southwestern Michigan. It is one of the few examples of virgin beech-maple forest left in North America. The trees were three times the size of those you see in Toronto woodlots, and both of us were reduced to silence. I think it was one of the more formative experiences of both of our adult lives.

My current fellowship communities tend to be heavy with volunteer busy-work and intense intellectual discussion. That’s important, and there’s a real risk of quiet and relaxation becoming a selfish thing.

On the other hand, a lot of spirituality has been subsumed into health and wellness: that was in fact the theme of the Toronto Life series. There’s nothing wrong with that: wellness is a part of the picture from the stories of Jesus’ healings to the stats that show benefits accruing from meditation and church-going. The word “salvation” itself is related etymologically to good health. But it can fall into an instrumental view in which it is subordinated to self-chosen therapeutic goals instead of the ultimate relationship. And this relationship needs to hold up against the inevitable realities of incurable decline and death. Cardinal Sarah does have a grasp of this. His description of his friend Brother Vincent’s final weeks is powerful.

And perhaps, if Jeremy Vandermeij and Cardinal Sarah are any indication, the way of silent recollection may in the end be the path out of the frenzied polarization and enmity that threaten our civilisation and the planet.

Henri Nouwen's spiritual walk was travelled on the road to Richmond Hill after two decades teaching in the Ivy Leagues. Learn more about his life and works through the words of Karen Pascall, Executive Director of the Henri Nouwen Society in Toronto.

Of Flu and The Cuckoo’s Nest

What does Shoppers Drug Mart have to teach us about the juxtaposition between self sacrifice and self indulgence? Read more to find out!