Social media gave us anonymity, and it has opened the door to incivility throughout the public square.

Last week a late night radio show host in Quebec informed a caller that it was fortunate she could remain anonymous, else she wouldn't have been able to call the Holocaust "the most beautiful thing that could happen in history." The host, Jacques Fabi, lamented that it was a pain not being able to say what one really believes, except of course in media that allow for anonymity. The caller's anonymity on the telephone seems to have taken a lesson from social media.

For all the good social media was meant to achieve, it encourages anonymity and grandiose infantile delusions of entitlement—a selfish ethic that eschews the concomitant responsibilities, obligations, and duties to others which are needed to live in a thriving civil democracy.

There is no accountability when one can espouse beliefs behind screen names and telephone lines. It is now de rigueur to speak rudely, disrespectfully, thoughtlessly throughout the public square. 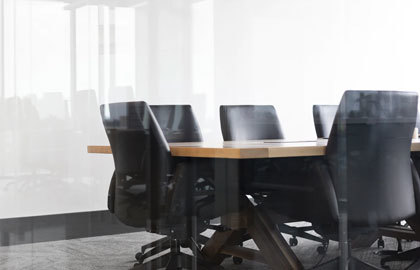 Mr. Fabi, and too many like him, have lost respect for the importance of maintaining civility in public. Civility is a firewall meant to keep us from reverting to our petty, selfish, inner, ugly natural selves; from expressing dangerous hateful dogma. In the 1920s Sigmund Freud wrote that without some form of controls, religious or otherwise, mayhem would rule as we fall to the lowest common denominator. More recent studies from Yale University point to an innate lack of compassion from birth towards those who are different. Anything that takes the restraints away from civilization is welcomed by those, like Mr. Fabi and the anonymous caller whose "screen name" was Maria, who attack others whom they view as different or weak. The ordeal of civility is an ordeal for a reason.

Anonymous comments can feed the baser emotions of readers and listeners. Anonymity makes it possible to taunt others, to agitate, to provoke but not educate, making room for a meanness that has insinuated itself into everyday communication. "Maria's" diatribe, made possible by anonymity, had one purpose: to promote hate, and she did so without any restraint. Mr. Fabi is under the impression that it is acceptable, today, to speak without consequences.

Our young people, encouraged to bare all, are incorporating disrespectful behaviours into their daily interactions, so much so that a professor has to write civility into a syllabus. It is a sad comment when one needs a clause to ensure respect. What was more surprising was the response that somehow demanding respectful speech would impinge upon freedom of speech—as if the right to speak included the right to discard all things civil.

Unfettered access to social media is changing our society. Our children, young and older, have become so comfortable expressing their feelings on their computers, phones, and iPads, they are unwittingly disseminating thoughts and pictures one would never share in public. And, worse, at the same time they are opening their private space to new-age bullies and sexual predators.

In the long history of human development, civility is nascent. The past century has shown us the ease with which the foundation of civility is breeched; it is still a tenuous veneer. Social media, by encouraging anonymous communication, bit by bit fractures civility, the rock upon which a healthy society stands. A society without civil constraints falls into decay.

We can't put the genie of social media back in the bottle. But we must find ways to teach civility, again, or we all lose.

What The Doctor Ordered

Instead of softening reality with euphemisms such as "social distancing," perhaps we might consider accepting quarantine as a response to the novel coronavirus, writes Peter Stockland.

The events surrounding the crucifixion, burial, and resurrection of Jesus Christ are fundamental to our task of Christian public theology Those of us involved in public life, when explicitly appealing to our Christian motivation for these actions, are often quick to cite the Christian obligation of ...