A few weeks back, LeBron James allowed as how his 2016 NBA championship with the Cleveland Cavaliers made him the “greatest of all time.” In sports circles, the “GOAT.” Given that sports talk – radio and cable TV – exists to inflate trivialities into three-hour (radio) or three-minute (cable) foaming-at-the-mouth diatribes, you can imagine what they did with LeBron’s auto-declaration as the GOAT – greater than Michael Jordon, greater than Bill Russell, greater than them all.

But before we get to all that, spare a thought – just in passing mind you, not prolonged – for the fans of the New England Patriots. Since 2001, when they happened upon the greatest luck in the history of football, discovering that their backup quarterback was the superlative Tom Brady after their starter was injured, they have won 5 Super Bowls. All the more impressive, in that time they have been to 8 Super Bowls, and have appeared in the conference championship game (semi-finals) an astonishing 13 times. When they play this Sunday in the conference championship, it will be their eighth consecutive appearance.

It gives them a commanding position in the discussion about the greatest football dynasty of all time. That puts their fans in an awkward position. The Patriots have been so good for so long that any fan who has come to support the team in the last 18 years can be accused of selecting his team after browsing bandwagon.com. Hence those older fans who clutch their 1990s ticket stubs to their breast, protesting that their loyalty predates the current run of success.

At Convivium we know of such people; a colleague is counted among them. There are whispers around the office that he may have had a ticket stub permanently attached to his body by means of a discreet piercing, though no one has ever produced evidence of this.

So there are arguments that can be had, and settled easily. The Patriots are the GOAT when it comes to pro football dynasties. But GOAT discussions are partly attractive because usually they cannot be so easily resolved, if resolved at all. There is perpetual grist for the mill. Are the Patriots the GOAT when it comes to all sports dynasties? That could never be resolved, given the 1970s UCLA Bruins, the 1960s Boston Celtics or the 1950s Montreal Canadiens.

The GOAT for basketball players is in the not-easy-to-resolve category. LeBron has his own view of his greatness. Scottie Pippen, who played with Michael Jordan, commented that the great ones are not really supposed to have a public view about their own greatness. Let others say it. Being the greatest includes a measure of (at least public) humility. 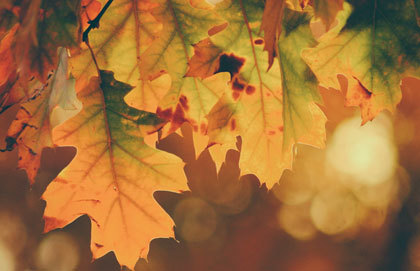 Danny Ainge, who played with Larry Bird, took a more critical take, suggesting that LeBron was taking a “Donald Trump approach to selling himself.” Which was meant to be insulting, all the more so because of LeBron’s criticism of the president.

The lesson was learned, and not long after Ali’s career ended, professional wrestling itself gained new prominence in popular culture.

Which is noteworthy, because LeBron’s self-promotion, like the president’s, has the same roots, namely in Muhammad Ali, who took it from professional wrestling, where there is precious little humility but a lot of selling oneself.

Peter Stockland and I have made these arguments before, so I won’t rehearse them here, except that we need to be reminded from time to time of the immense formative impact that professional wrestling has had on our popular culture, including both sports and politics. (See, for example, this piece from 2016.)

The original GOAT, self-proclaimed, was Muhammad Ali. The folks at Taschen who put out the mammoth books on the history of art or automotives, did one on Ali called just that: GOAT. The standard edition runs US$6,000; the “champion’s” edition is a little pricier, at US$15,000.

And Ali got his act from Gorgeous George, the professional wrestler. He learned from him the art of self-promotion, and how to get attention by denigrating opponents in the most degrading language, racist if necessary. Ali mastered that, insulting his opponents in the most spectacular ways, including crudely racist tropes. Joe Frazier went to his grave resentful that Ali characterized him as a slow dim-witted gorilla.

The world loved it. It was a great show, and Ali brought it to an audience far larger than professional wrestling.

The lesson was learned, and not long after Ali’s career ended, professional wrestling itself gained new prominence in popular culture. Not surprisingly, Ali himself was part of the first Wrestlemania in the 1980s. He felt immediately at home in an environment which was all buffoonery and pretense all the time, full of outrageous self-promotion – I am the greatest of all time! – and offensive belittling of others. That first Wrestlemania was held in Manhattan, at Madison Square Garden, just a short limo ride away from Trump Tower, which had opened in 1983. It was not long before Donald Trump came calling, finding the wrestling environment most congenial.

From Ali to professional wrestling to reality television to Donald Trump, the continuity is clear, the trajectory easily trackable. That LeBron would now have his own reality show in which he declares himself to be the GOAT is really to be expected. Contra Danny Ainge, LeBron is not taking the Trump approach; both he and Trump are taking the Ali approach, via Hulk Hogan and Jersey Shore.

LeBron is not the GOAT. But it is to be expected that he – and the president – would think that he is.

Kraków, the royal and ancient capital of Poland, is best known today by Catholics as the city of Saint Faustina, the hitherto obscure nun who received revelations about Divine Mercy, and the city of the pope of mercy, Saint John Paul the Great Perhaps that’s because Trump and Ali have the same rheto...