Newscasters were almost giddy introducing coverage of Canada’s social-distancing, mask-wearing, elbow-touch-greeting prime minister gliding across the House of Commons’ floor to hug and handshake with members of Her Majesty’s Loyal Opposition. Canadians could be forgiven for thinking it a merger of political parties, or some other early December Christmas miracle.

The 338 elected members―at least the number that day attending in person―erupted in spontaneous celebration, casting aside fears of COVID-19 that had been debated only days earlier resulting in the continuation of a video attendance option.

Conservative MP Rob Moore (Fundy Royal, NB) surprised the House (including members of his own party who were expecting the free vote announced to media that morning by Erin O’Toole) when he made the motion to partner with the governing Liberals and other parties for unanimous approval of Bill C-4, described as a beefed-up version of the conversion therapy Bill C-6 from the last Parliament.

The after-vote scene was reminiscent of the commercial about a 1914 spur-of-the-moment Christmas Day ceasefire when British and German soldiers gathered in a World War I no-man’s-land to cheer on one another in a game of soccer. The truce was brief.

The 1914 video remembrance put me in mind of a 2021 Christmas meme. The World needs a stable influence. A clever play on words, complete with manger scene.

Public and private messages from Christian leaders following the Commons’ commotion, then subsequent rapid passing of C-4 by the Senate, suggest the Church might also need a stable influence.

In conversations―written and verbal, private and public―those prophesying this and other events unfolding in Canada as indicators of Biblical end times have been reminded the Bible states other markers that, chronologically, must occur first; signs which have yet to be seen. The Bible, when we pay attention to it in proper context and application, provides a stable influence.

‘Tis the season to ponder the inspiration and influence of Him who was born in a Bethlehem stable, swaddled in cloths by His mother and placed in a manger for a crib.

It’s a familiar story. Mary’s boy child grew in wisdom and stature. As a man, He was popular with some, but not with those who held tightly to their power over others. Religious leaders of a religious people vilified Him and plotted against Him. In time, they persecuted Him, convincing the greater political power of Rome to put Him to death. Death, however, was overcome in resurrection.

’Tis the season to ponder the inspiration and influence of Him who was born in a Bethlehem stable, swaddled in cloths by His mother.

The Church, His Church―the Body of Christ―was similarly birthed in Judea, a place of little consequence within Rome’s empire. Jesus’ early followers were popular with some, but not with those who held power over the people. As He told them would happen, His followers were vilified, plotted against, persecuted, and put to death. Death―He had said and confirmed with His own life―heralds the promise of resurrection.

His disciples’ written record, we call it the New Testament, offers an inspired stable influence. 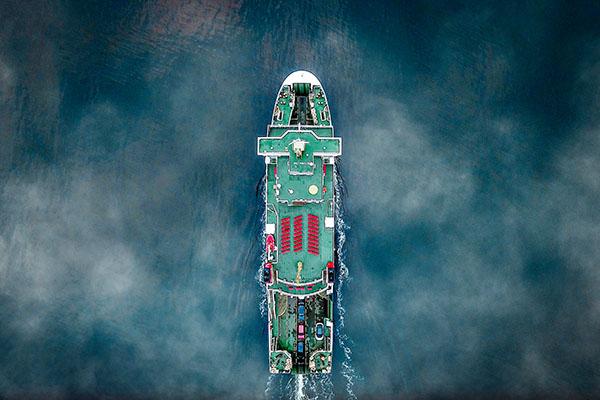 Is it a surprise that in a culture increasingly composed of citizens who are dissatisfied and self-centred there is disapproval of His message? Its life lessons? Or His followers?

When Christians respond to not getting what we desire by selectively citing Scripture out of its context to make our (dissatisfied and self-centered?) point, rather than sharing His message, we destabilize the Church and contribute to cultural instability.

Similarly, when politicians ignore parliamentary and legal protocols established as context for what Canada’s constitution refers to as peace, order, and good government, it destabilizes culture, affecting the Church.

Bill C-4, An Act to amend the Criminal Code (conversion therapy), received royal assent in what may be record time. Introduced by the government November 29, the in-House celebration described above took place December 1. Following first reading December 2, senators took the weekend off, completing their purportedly sober second thought December 7. Thus, on December 8, the explosive Bill C-4 became both the first legislation passed in Canada’s 44th Parliament and the first to receive royal assent at the hand of Governor General Mary Simon. It will be the law of the land January 7, 2022.

What was out of context in this snapshot of Canada’s Parliament at work (besides MPs ignoring House COVID rules they had affirmed only days earlier)?

C-4 was introduced as successor to two prior bills. C-8 was introduced in the first session of the 43rd Parliament, failing with prorogation in August 2020. In the second session C-6 replaced C-8, dying when the early election was called in August 2021. Notably, government, opposition, and media all emphasized that C-4 was a different bill, with additional prohibitions not found in its predecessors.

Section 4.2 of the Department of Justice Act makes it the legal responsibility of the Minister of Justice to provide Parliament with “a statement that sets out potential effects of the Bill on the rights and freedoms that are guaranteed by the Canadian Charter of Rights and Freedoms” before a government-initiated bill may proceed in the House. C-4 legally should not have moved beyond first reading until the statement was made available. Puzzlingly, the Department of Justice posted its Charter statement December 8, the day after Senate approval and the day royal assent was granted, noting it had been tabled in the House of Commons on Sunday, December 6, when the House was not sitting.

The Charter statement comments on several concerns, including potential interference with the Charter freedoms of conscience, religion, thought, belief, opinion and expression of a person seeking counsel, as well as infringing the rights of individuals and supportive communities who would otherwise freely assist the seeker.

In 2020, Canadian individuals and organizations, as well as LGBT+ representatives from outside of Canada, provided testimony about just such concerns with the un-beefed-up bill C-6. The Justice Committee limited hearings to six hours and issued its final report in December 2020 while 220 of 290 written submissions were still in process of translation, left unconsidered. A lot of Canadians expressed an interest in this legislation. Their voices were silenced when both houses of Parliament stepped outside the customary parliamentary process of debate, with committee hearings between second and third readings in each house.

When politicians ignore parliamentary and legal protocols established as context for what Canada’s constitution refers to as peace, order, and good government, it destabilizes culture.

In the bill itself, rather than reference the torturous practices noted by Minister Lametti as its purpose, the soon-to-be law describes as “myth,” “stereotype,” and “harmful” the idea that heterosexuality in conformity to gender expression as defined by sex assigned at birth is “preferred” by anyone in Canada. The reference to the mythical nature of such misguided belief has been argued by some to be a statement in relation to religious beliefs held by several faith communities that differ from the government’s assertion.

“Conversion therapy” is defined broadly as any “practice, treatment, or service designed to” change a child’s or adult’s “sexual orientation to heterosexual” or “gender identity to cisgender” or “gender expression so that it conforms to the sex assigned to the person at birth.” In addition, it includes efforts to “repress or reduce non-heterosexual attraction or sexual behaviour,” “non-cisgender gender identity” or non-conforming-to-birth-sex gender expression. It does not include efforts related to encouraging gender transition away from cisgender.

This new law may not prevent the seeking of counsel by a child (the child’s parent) or an adult wrestling with gender dysphoria, or someone aspiring to live a celibate or cisgender lifestyle in line with other personal life desires and commitments, but it is likely to discourage those best-positioned to refer or assist the seeker. Options for psychological or religious counsel may be limited.

Nowhere in the bill does one find the reassuring words spoken by Minister Lametti at multiple press conferences that “good faith” conversations will be exempt. Including those words in the bill would have been a stable influence.

Photo by Craig Bradford on Unsplash.com