JERUSALEM – In Israel this past week I have been thinking about a former Liberal attorney general of Canada. Not Jody Wilson-Raybould. That story, though playing out in riveting ways of great consequence, is a rather simple and serious scandal. The most serious scandals are simple.

That unexpected intrusion of principle wouldn’t do, so Trudeau showed his cabinet who’s boss and made an example of what happens to ministers who do not do as he wants. So he sacked Wilson-Raybould as attorney general. She didn’t care for that. Payback is rarely pretty, but is not hard to understand.

But that is not the former attorney general I have been thinking about. It’s Irwin Cotler, the former Montreal MP and international human rights lawyer. A great advocate for Israel, he used to advance the “aboriginal argument” for Israel. In a Canada and a world ever more sensitive to the rights of indigenous peoples, Cotler thought that Jews ought to argue for a secure state on the grounds that the land of Israel was their indigenous homeland since 1000 B.C., when King David conquered Jerusalem and made it the capital of his kingdom.

I am sympathetic to the argument. After all, if Israel is not the aboriginal land of the Jewish people, what is? Yet coming to visit Israel and immersing oneself in the Biblical story complicates the story. It invites us to think about how we think about identity and land.

The land promised to Abraham, after all, was the land of Canaan. There were Canaanites living there. It was about 1850 B.C. when Abraham arrived in Canaan. About 100  years later, the children of his grandson Jacob (Israel) go down to Egypt, where they would remain for centuries. Some 500 years later (1250 B.C.), Moses would lead the children of Israel, now a nation, out of slavery in the Exodus.

The conquest of Canaan would be the work of Joshua and Judges for nearly 200 years (1200-1000 B.C.), with both victories and defeats, notably to the Philistines, who captured the Ark of Covenant. About 1000 B.C., some 850 years after the promise to Abraham, David conquers Jerusalem, winning military victories over the neighbouring peoples – the Philistines, Moabites, Arameans, Ammonites, Amalekites, Edomites. They, too, were living in the land.

And then would come other powers, eventually carrying the Jews off to exile, from which they would return, only to find other still other imperial powers coming to the land. Finally, the Romans would destroy the temple, flatten Jerusalem and attempt to give, under Hadrian, the place an entirely different name – Aelia Capitolina – and a new identity.

War is the great determinant of who lives on the land, and shifting identities follow. 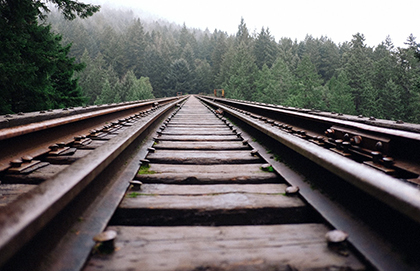 Is Reconciliation Being Railroaded?
When Will Canada Wake Up?
Closing The Apology Book

That didn’t take hold, but a new identity would come in the 7th century, when Islam would arrive. The Dome of the Rock has dominated the “skyline” of Jerusalem since 691 A.D. It is the oldest continually standing building in Jerusalem.

What would it mean to say that a city belonged to a religion, rather than a nation? We are used to thinking about lands in terms of peoples – Italy for the Italians – rather than religions. Yet we have some countries – Canada and the United States – which do not comprise a single people. So land and national identity and State are not always put together in the same way.

All of which is relevant to current questions in the Arab-Israeli question, which dates from the United Nations decision in 1947 to end the British Mandate in Palestine and create Jewish and Arab states in the land. The history since then is well known, but it began with a decision to welcome new people into an existing land, which meant reconfiguring those already there. And then war came.

War is the great determinant of who lives on the land, and shifting identities follow. The eastern part of interwar Poland is now Ukraine, and the western part of Poland today used to be Germany. It was done by force after the Second World War and mass expulsions of contemporary residents, but in a few decades the new borders were not only political but national and cultural. No one thinks that Wrocław should become Breslau again, or that Lviv – or Lwów or Lemberg or Leopolis – should return to Poland instead of remaining in Ukraine.

In thinking about identity and land, it seems more often the case that the political – often meaning military – question is settled first, and then identity follows. Pakistan and India and Bangladesh come to mind, as do any number of the Arab states drawn up by Sykes-Picot during the Great War.

In thinking about identity and land, it seems more often the case that the political – often meaning military – question is settled first, and then identity follows.

But of course in Israel, the question of divine mandate comes into it. It rather makes a difference if you believe that the God of Abraham, Isaac and Jacob and eventually Jesus is the Lord God alone, or if you confess the God of Abraham and Ishmael and Mohammed. A divine mandate is one way to resolve the issue of identity and land, at least to one’s own satisfaction, if not to others.

That solution is increasingly shaping the debate over indigenous identity and lands in Canada. Whereas the Jews profess their divine election independent of their virtues, and sometimes in spite of their vices, one increasingly encounters portrayals of Canada’s indigenous people that treat them as morally superior, less tainted, if at all, by original sin than the Europeans who arrived later. There is a deference to their religious connection with the land, not so much that God gave it to them, but that their gods dwell within it.

Just as a Jew of no particular piety is willing to make room for Zionist argument rooted in the divine promise, so too a Canadian secularist is happy to make room for public indigenous prayers of a pagan variety at public functions. It makes the link between the people and the land.

To a certain Canadian mindset, the religious disputes over the identity of the land here in Israel and Palestine seem a touch primitive. But the same arguments, even more primitive in terms of the history of religion, are becoming more fashionable in Canada.

When Will Canada Wake Up?

Peter Stockland suggests Canadians distracted by the new coronavirus must awaken to pressing issues closer to home, particularly in the case of Indigenous rights.