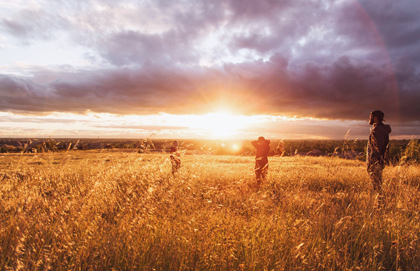 Brad Wall spent almost 10 years as Premier of Saskatchewan by following the Johnny Cash formula for political success: he walked the line.

Perhaps that’s not so surprising. Wall, 51, once managed a country music museum in Swift Current. As premier, he knew what it took to govern with “a little bit country, and a little bit rock n’ roll.”

There was magic in the mix. When he abruptly handed in his resignation last week after nearly a decade in power, Wall remained the most popular leader in the land. He was respected inside and outside the Saskatchewan Party he helped create. He remained an unabashed social conservative who managed to keep from being singed by the hot button issues that have scorched other small ‘c’ leaders.

He never walked in a gay pride parade. Yet he allowed the rainbow flag to fly at the Saskatchewan legislature. He was no fan of gay marriage, but kept his own counsel on the subject, feeling no obligation to use it to appease the conservative religious base. At the same time, he took the unusual step of invoking the Charter’s notwithstanding clause to override a court ruling ending the province’s funding of  26 faith-based institutions.

As Saskatchewan’s population, and its influence on the national scene, grew during Wall’s tenure, he walked the fine line between common sense and political correctness.  On policy, he was a pragmatist. His passion was for the province he loved, and its rural values. He could be a hard-line economic partisan who rejected the idea of a carbon tax simply because he believed it was a bad fiscal deal for Saskatchewan. Indeed, he threatened to take the federal government to court over the issue, arguing the tax would “kneecap” the provincial economy.

Paradoxically, after winning three elections with his deftly balanced approach, he was victimized by falling commodities prices. To contain rising deficits, he brought down a belt-tightening budget in March that left many wincing in pain. 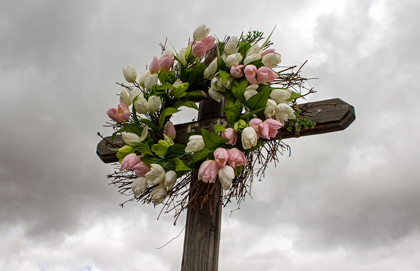 Saskatchewan’s Silent Spring
The Perils of Being Cool
Tom Mulcair: The New Democrat Nobody Knew

It raised the provincial sales tax by six per cent, eliminated rural bus service leaving thousands of dependant lower income users stranded, and proposed funding cuts that would have gutted libraries. Wall’s popularity has taken a hit as a result, though he still leaves with a 50 per cent approval rating.

His passion was for the province he loved, and its rural values.

Still, the opposition NDP, which has yet to pick a provincial party leader, has come within striking distance. It may well overtake Wall’s old party if Charles Clark, the young and popular Roman Catholic mayor of Saskatoon, chooses to enter the race.

Whether Wall chose to leave at the top of his game to allow his party to renew itself before the next election in three years, or whether he decided to stumble away before it went down to defeat, is anyone’s guess.

In recent months he appeared to have lost his lost his energy and enthusiasm so his resignation was not entirely a surprise. He had made it abundantly clear that he believed 10 years of walking the walk as premier was enough. His decision to step down raises questions about his own path ahead, but even more about his successor and the future of the Saskatchewan Party itself.

Wall was able to smooth the rough edges of the party, a coalition of right-wing conservatives and liberals that he helped to build 20 years ago. There are concerns the party could melt down and return to its extreme right wing roots without him to keep it on the straight and narrow.

As far as Wall himself goes, some federal Conservatives are known to covet him as a potential future MP. Federal Opposition leader Andrew Scheer, a Saskatchewan MP, is more pragmatic. Wall, Scheer believes, is truly “finished with politics.”

Mind you, how many times have we heard that political line before?