"Nothing true can be said about God from a posture of defence." So penned Reverend John Ames, whose epistles to his son comprise Marilynne Robinson’s moving novel, Gilead. It is a provocative claim that came to mind as I read and reread Pope Francis’ beautiful encyclical, Lumen Fidei.

Despite being a Protestant from southern Ontario, it feels like the popes in my lifetime have been the most persistent public witnesses to the particularity of the Gospel (rather than some vague "theism" or a bastardized civil religion). You can imagine how I as a philosopher resonated with Blessed John Paul II’s encyclicals such as Fides et Ratio,Veritatis Splendor, and Evangelium Vitae. But my Reformed and Kuyperian heart also sang with the comprehensive social vision in Benedict XVI’s encyclicals, Caritas in Veritate and Deus Caritas Est. Lumen Fidei is an extension of this rich heritage that is a gift to all Christians.

Instead of being apologetic, Lumen Fidei is kerygmatic; instead of being written from a posture of defence, it is written from a posture of winsome but unapologetic proclamation. Of course, precisely because of that evangelistic impetus, Lumen Fidei does articulate and defend the historic Christian faith in our postmodern world. But that defence, you might say, comes wrapped in an invitation—to hear the Christian faith anew and thereby feel the power of an ancient wisdom to make sense of the dilemmas and anxieties of modern life. Pope Francis holds out the Gospel as the story you have been waiting for to make sense of your harried, befuddled, contemporary existence. "We tell ourselves stories in order to live," Joan Didion once wrote. In Lumen Fidei, Pope Francis is saying: Here’s a story from the Creator of the universe, given to help you live.

Lumen Fidei is, like the Gospel itself, a deeply Biblical humanism. At its heart is a claim about what it means to be human: to be is to believe. Faith is at the core of human existence. So it’s not a question of whether you will believe, but what. The gift of faith given to us by the risen, ascended Christ is a liberation from all the idolatries that vex us.

This is why Lumen Fidei’s unapologetic proclamation is its own kind of apologetic: by unabashedly yet winsomely exploring the existential aspects of faith in Jesus, the Pope invites even unbelievers to "try on" this story—to see whether a story that might seem so unbelievable and implausible in a pragmatic, technocratic world isn’t just the story that makes sense of our lives.

To accept this invitation to faith is not some easy way out. "Faith is no refuge for the faint-hearted," the Pope cautions, "but something that enhances our lives. It makes us aware of a magnificent calling, the vocation of love. It assures us that this love is trustworthy and worth embracing, for it is based on God’s faithfulness, which is stronger than our every weakness."

Imagine you’ve met a 27-year-old designer or financial analyst living in Vancouver or Toronto or Montreal. She is the product of that sort of vaguely secular existence that is now our default setting in Canada. She knows little to nothing of Christianity, has only been to church for weddings or funerals, and has never held a Bible in her hands. In the postmodern cocoon of her ambitious but partied lifestyle, "Jesus" is an expletive more than a person.

But there are cracks in the brass heaven of her secularized world. There are longings and hauntings that press upon her from she-knows-not-where. The absence she feels in her life is not a vacuum; it’s an opening. The questions she hears in her head are revelations of a sort, opening her to a transcendence she could never yet name. She is listening for a new story. 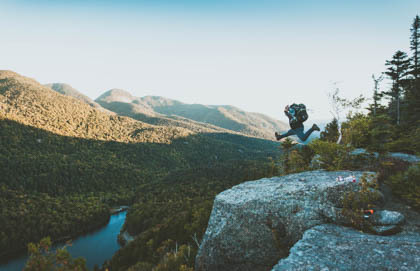 What should you do?

Give her a copy of Lumen Fidei.

Imagine how your friend might hear its critique of idolatry as "always polytheism, an aimless passing from one lord to another. Idolatry does not offer a journey but rather a plethora of paths leading nowhere and forming a vast labyrinth." While you might worry this sounds harsh, don’t underestimate how someone naming the idolatry that besets her can be a gift, a liberation. For in these words, Pope Francis gives voice to your friend’s own suppressed suspicions and names the vapidity of her current existence. She knows she’s been looking for love in all the wrong places. Pope Francis had the courage and charity to tell her why.

All of a sudden, those words of Augustine, cited in Lumen Fidei, might start to make sense: "Do not turn away from the One who made you, even to turn towards yourself." Indeed, your friend may identify with the Pope’s observation: "Once I think that by turning away from God I will find myself, my life begins to fall apart." In fact, she knows that despite all of her success and the veneer of accomplishment, her life is in shambles, her soul bereft. So even these hard words of the Pope can be an odd sort of balm, a hint that there is something more, someone else.

And in Lumen Fidei she, like Abraham, might "recognize a profound call that was always present at the core of [her] being." In this encyclical, the Pope makes this invitation concrete and tangible:

"Our culture has lost its sense of God’s tangible presence and activity in our world. We think that God is to be found in the beyond, on another level of reality, far removed from our everyday relationships. But if this were the case, if God could not act in the world, his love would not be truly powerful, truly real, and thus not even true, a love capable of delivering the bliss that it promises. It would make no difference at all whether we believed in him or not."

But it turns out this is not what Christians believe, and this is news to your friend. "Christians, on the contrary, profess their faith in God’s tangible and powerful love, which really does act in history and determines its final destiny: a love that can be encountered, a love fully revealed in Christ’s passion, death and resurrection."

Jesus, your friend discovers, is not just a teacher but the very Incarnation of the God who is love. He is someone we meet, encounter, commune with. This is why "in faith, Christ is not simply the one in whom we believe, the supreme manifestation of God’s love; he is also the one with whom we are united precisely in order to believe. Faith does not merely gaze at Jesus, but sees things as Jesus himself sees them, with his own eyes: It is a participation in his way of seeing."

And in that moment, your friend is invited to see herself in a way she has never considered before: as Jesus sees her, as a child of God, redeemed by Christ, called to be human.

In short, I think Lumen Fidei is one of our generation’s most attractive articulations of the full scope of the Gospel—a treasure for Christians but also a tract for our times to be read by the curious and the skeptical as well.

If this is the hope I hold for the witness of Lumen Fidei in contemporary culture, it is also why I, as a Christian, am challenged and convicted by the Pope’s words and example. Those of us who profess faith in our common life might better emulate the Pope’s boldness in this respect. For as he rightly notes, "If we remove faith in God from our cities, mutual trust would be weakened, we would remain united only by fear and our stability would be threatened." Thus he cites the Epistle to the Hebrews ["God is not ashamed to be called their God; indeed, he has prepared a city for them" Heb. 11:16], and then poses a challenging question to us: "Could it be the case, instead, that we are the ones who are ashamed to call God our God? That we are the ones who fail to confess Him as such in our public life, who fail to propose the grandeur of the life in common which He makes possible?"

Enlightened by faith, are we willing to publicly bear witness to the "foolishness" of the Gospel, recognizing that "God’s foolishness is wiser than human wisdom" [1 Cor. 1:25]? In Lumen Fidei, we have a wisdom that outshines all the science of our chattering class. And while our nation’s editorial pages daily offer a knowledge that passes away with the news cycle, Lumen Fidei shares a "faith knowledge" that endures eternally—to the praise and glory of God but also to our common good.

The Light of Faith: Lighting the Realism of Faith

Letting Go And Holding On

Rosalyn Murphy is Vicar of St Thomas’ Church located in an urban priority area in central Blackpool, UK. As a parish priest she is an advocate for government collaborations with faith-based organizations designed to address economic, cultural and social challenges that impact many communities.

The Light of Faith: Faith and Friendship

What did Cathy help me to understand? The Holy Father says, "Faith transforms the whole person precisely to the extent that he or she becomes open to love "Faith is born of an encounter with the living God who calls us and reveals His love, a love that precedes us and upon which we can lean for secu...