In the next few months, Liberal voters will elect Ontario's next Premier, Quebec's Opposition Leader, and the leader of the third party in Canada's Parliament. The impact of these races amount to more than the sum of their parts. One might argue that the decisions made by Liberal voters in the next few months will, as much as any other factor, shape the ultimate resolution of Canada's current decade of dissensus.

The historical significance of the moment should not be underestimated. Never before have the three largest Liberal organizations in the country held simultaneous leadership races. The Ontario race will be decided at a January 26-27th convention in Toronto and the winner becomes the Premier of Canada's largest province. Inheriting a minority Liberal government whose opposition will almost certainly trigger an election in 2013 tarnishes the prize only slightly but does not diminish its significance and influence. Refreshing a party that is wearing the baggage of nine years of government, presently at war with its traditional allies, is no small assignment but greater challenges have been overcome by leaders who are worth their salt.

The Quebec challenge is of a different character. This leadership race follows the resignation of Premier Jean Charest after nine years of leading the Quebec government. The reality of losing to a separatist party that equivocated on its separatist platform has clouded the closeness of the race in the public memory—the reality remains that the PQ minority government outpolled the Quebec Liberals by only 3% of the popular vote and gained only four seats more than the Liberals. The dynamics of Quebec politics always follow a different trajectory than those in other parts of the country, although the corruption stories being exposed by the Charbonneau commission complicate the refreshing of the Liberal brand. These stories reinforce distasteful attitudes of entitlement that arguably played a significant role in the decline from Canada's "natural governing party." There remain some who expect the Liberals will almost inevitably re-emerge as the alternative that Canadians will turn to when they tire of the incumbent government. 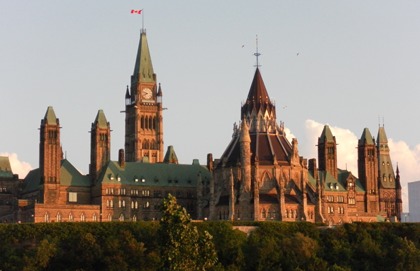 Still, it is the federal race, in spite of the rewards of power seeming furthest away, that is the most significant of these races. In a curious way, it is the freshness and unfamiliarity of the candidates which bodes the most encouragement for those who believe the rebuilding of the Liberal brand is a decisive positive contribution for Canadian public life. Given the perception of some that Prime Minister Harper's real objective is the destruction of the Liberal Party, this is more strategic than may at first appear. A vibrant democracy requires meaningful choice. Assuming that a more unified alternative to the Conservatives will emerge sometime in the relatively near future, either as a result of conscious cooperative strategies or through electoral determinations, the implications will be quite different if the prevailing ethos is one of historic centrist pragmatism, or whether the NDP with its more explicit socialist "we need to change things" roots takes the lead. Even if a decade from now that more unified party would run with the same platform, the difference would be as significant as the difference between the current Conservative Party of Canada led by Harper and the former Progressive Conservative Party of Stanfield and Clark.

With former cabinet minister Martin Cauchon's last minute entry last weekend—the only former cabinet minister to enter the leadership race—we see an indicator that there is something of a changing of the guard occuring. Only three of the nine candidates currently hold elected office and combined, the nine sport a combined 12/19 success rate when their name is on a federal ballot. For partisans hoping for a short-term return to power, this may be discouraging.

I would argue that Liberal partisans as well non-Liberals should be encouraged that the lack of an electoral track record will force a robustness of policy ideas that is generally absent from mainstream politics today. Whatever you think about the specific proposals, Martha Hall Findlay's proposals to end the supply management system or George Tatach's proposal to decriminalize and tax marijuana represent getting beyond safe policy platitudes. It takes guts to propose raising the GST. Also, the collective smarts and non-political experience (the résumés include astronaut, Lieutenant Colonel, lawyer and crown prosecutor, management consultant) would suggest that whomever wins, some fresh perspectives will likely be inserted into the leader's office.

Each of the three races has their own dynamics and even when they are over in April (the Ontario leader will be elected on January 26; the Quebec leader on March 17 and the federal leader on April 14), it will take some time to evaluate the full impact of their results. That said, the Liberal party has been a dominant party influencing federal politics more than any other throughout the twentieth century. Its prospects for the twenty-first century will be shaped in the next few months, even though it will require more than knowing the results of these three races to understand the verdict.

A quick check of the definitions on page 123 of the Senate Rules confirmed that a "recognized party" was "a caucus consisting of at least five Senators who are members of the same political party Liberal Leader Justin Trudeau reframed the Canadian Senate debate last week by announcing that the 32 Li...

The then-opposition party Canadian Alliance expected this by-election to be its breakthrough in Ontario and poured all sorts of resources into the campaign, only to finish a distant third behind the Progressive Conservatives who won the seat and the Liberals who finished second The Conservatives won...