Albertans may well have expected we’d seen the lowest level of political discourse for a while with the passing of the recent Federal election. After all, the images of Justin Trudeau in brownface are hard to top. Nevertheless, Alberta’s politicians and commentators managed to take up the challenge this past week in disputing Peace River MLA Dan Williams’ private members’ Bill 207.

The bill aimed to protect health-care workers’ rights to refuse to perform treatments to which they conscientiously object (including giving “effective referrals”). It was killed Thursday by the vote of four of Mr. Williams’ United Conservative Party (UPC) colleagues: Jeremy Nixon, Nathan Horner, Nathan Neudorf and R.J. Sigurdson. It never cleared the committee that oversees private members’ bills, although two UCP members, Michaela Glasgo and Joseph Schow did vote in favour of letting it move forward.

Somehow, in Alberta, the protection of conscience rights was presented by media and the Twitteratti as a plot of the social conservative fringe. This seems rather odd given that Bill 207 was supported by Alberta’s College of Physicians and Surgeons and by retired Supreme Court Justice John Major.

The view of freedom of conscience as a social conservative plot is doubly dubious given that historically, it is not a conservative doctrine at all.  Rather, it is one of the leading principles of the classical liberal consensus formulated by figures such as John Locke, Jean Jacques Rousseau, Voltaire, and John Stuart Mill. It has successfully kept the civic peace within liberal democracies in recent centuries.

Critics of Bill 207, being no more moved by considerations of logic than by intellectual history, argued it was unnecessary.  They claimed it would not change anything. In the next breath, they asserted it would endanger access to contested services such as abortion and euthanasia.

One could logically defend either of these claims independently. It is logically incoherent to assert both of them. Bill 207 can’t both be entirely redundant and pose radical new dangers; that just isn’t possible.

The temptation to assert both claims seems to be nothing more than a conspiracy theory: namely, its real aim was not to protect conscience, but to make it harder for people to access services objectionable to social conservatives. Given that physicians have not yet been forced to provide services or give referrals, it is hard to see that this practical line of argument has much merit – or that it can even be sincere. 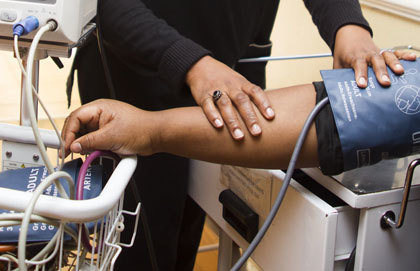 In fact, it is fallacious because requiring physicians to perform or give referrals for procedures they conscientiously object to is more likely to lead to them leaving the profession or not entering it in the first place, in order to avoid being subject to this kind of State coercion.  That is likely to impose a greater limitation on access to health services than would occasional conscientious objections.

The more significant argument made against Bill 207 was that requiring a physician who morally disagrees with a procedure to refer a patient to another doctor willing to perform it is not a violation of the physician’s conscience rights.  After all, he or she is not being required to perform the objectionable treatment.

However, this argument does not bear up to scrutiny. There is a long philosophical tradition analyzing when moral responsibility arises in cooperating with an action deemed to be evil. One can perform actions that are good, or morally neutral, that nevertheless involve some indirect collaboration in an act the person believes to be evil without that individual having moral responsibility for the evil action.

An accountant or a janitor working in a hospital that provides euthanasia does not necessarily share any moral responsibility for those procedures.  They are not involved in providing the immoral procedure and whatever contribution they make to it is very indirect.  This would be different from the case of a nurse, for example, who although not euthanizing the patient herself, is directly facilitating the physician in doing so by passing on the medical instruments, etc.  In that instance, the nurse would share responsibility for the act.

So, the question is whether referring a patient for a treatment one believes to be immoral is only an indirect contribution (like the accountant’s or janitor’s) or whether it is a direct factor (like the nurse’s). Referrals are clearly a direct contribution to the resulting treatment. In cases where they are required, the physician is acting as a direct cause of the person actually accessing the procedure. The fact that one is not performing it oneself does not protect from culpability.

This analysis is entirely in keeping with the decision of the Ontario Court of Appeal in finding against Christian Medical and Dental Society of Canada, which held that physicians had a legal obligation to provide an effective referral.

Here the Court agreed that a requirement to provide an effective referral was a substantive breach of a physician’s conscience rights under the Charter.  But the Court argued this infringement was justified by the public good of ensuring patients had access to health care. The argument of many commentators that mandating effective referrals wouldn’t violate conscience rights is just plain false.

The Court, however, made this finding in view of the particular details of the case before them and the health policies of the Ontario government.  Provincial governments have at their disposal any number of means to facilitate access to services without infringing conscience rights.

Accordingly, it would have been entirely appropriate for the Alberta Government to take a different approach. Access could be assisted by providing information on doctors who are willing to give referrals or perform morally controversial treatments on a government website, through phone lines, or simple mandating that patients be able to self-refer for these treatments.  These are all options the Alberta Government has at its disposal to mitigate any inconvenience protecting health care workers’ rights may cause.

With the death of Bill 207 at the hands of four UCP MLAs, Albertans concerned with freedom of conscience might well wonder if they would have been better off with the previous NDP government on this issue. After all, the NDP at least had the virtue of being both upfront and consistent with their principles when it came to overruling the consciences of the citizens they ruled.