The Canadian government’s settlement with Omar Khadr is a fray I wasn’t going to enter because it’s a divisive issue that rests outside my particular interests. Reading and listening to posts on social and traditional media, however, it convinced me something more needs to be said.

What I’ve experienced are comments from Christians of influence, and in roles of leadership, that suggest they might benefit from being aware of at least an outline of the available factual background. My hope is that in some instances they will remove statements that, of themselves, might be considered violations of Canada’s Criminal Code. There are a number of my friends’ pulpits and kitchen tables that would find themselves without their current usual occupants for some time should law enforcement authorities choose to act on the words I’ve read and heard publicly expressed. You simply cannot propose that violent acts be directed against elected government officials - or anyone else.

A bit like Belle in Disney’s Beauty and the Beast, whose father was taken by a mob of those he thought were his friends because he offered a reasonable description of “the beast,” I’ve discovered a passionate determination not to be drawn away from opinion by facts. Politics and passion can be a fiery mix. But Omar Khadr himself is a distraction from a bigger concern. We must try not to get caught up in what did or didn’t happen in Afghanistan. The key is what happened subsequently.

First, I was heartened to learn that a group of professors, most from The King’s University College in Edmonton, invested in Omar Khadr’s life for over a decade to help him move past his Canadian grade 8 education. These Christians built a relationship with Khadr, continuing their tutoring after his return to Canada in 2012, with more frequent contact after he was transferred to Edmonton in 2013. In addition to education, they extended friendship to someone who needed friends, a fellow Canadian citizen in a deplorable situation. One can only wonder how this effort and continuing relationship contributed to the eventual conclusion of the Canadian government that Khadr could return to Canada, considered not to be a radical risk, or to Khadr’s decision to study nursing, expressing hopes of helping others.

Next, the political front. The use of prime ministers’ names in the following commentary is intended only as an aid to a timeline. All actions are regarded as the actions of the Canadian government, regardless of who was the duly elected prime minister of the day.

Khadr fits within the internationally agreed definition of a child soldier under the Geneva Conventions. He was recruited before the age of 15 by his own father, who moved the family to Afghanistan when Khadr was nine years old. He was 15 when captured in Afghanistan in 2002.

Regardless of social media debates about what is or is not torture, in 2010, the Supreme Court of Canada found that the participation of Canadian officials in Khadr’s interrogation in 2003 (the Chretien government era) and 2004 (the Martin government era) had violated Khadr’s rights under the Canadian Charter of Rights and Freedoms. The debates about interrogation methods are also distraction from the essential questions to be answered by the Trudeau government in regard to the settlement with Khadr.

Why was this substantial public interest settlement not handled openly through Parliament?

In addition to education, they extended friendship to someone who needed friends, a fellow Canadian citizen in a deplorable situation.

The most frequently raised comparison is to Maher Arar. Arar was arrested in 2002 and tortured in Syria partly based on information provided to the U.S. by the Chretien government. In 2003, 374 days later, he was returned to Canada. Whether or not one agrees with the Harper government’s 2007 apology and settlement with Arar, it was handled openly in Parliament. 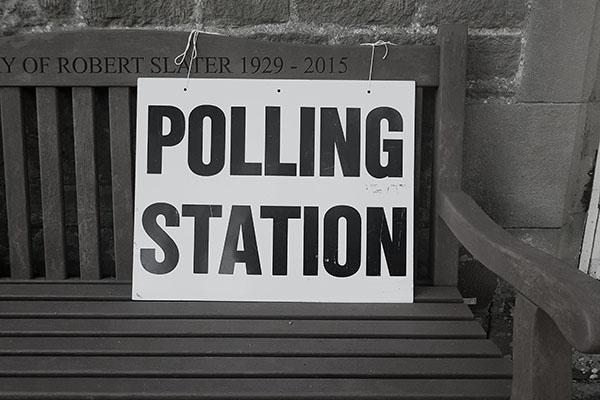 Marking Your X With Neighbourly Love
Is Politics Putting POGG on Ice?
The Disruptive Conservative

Following the recommendation of the Supreme Court of Canada made in 2010, the Harper government brought Khadr, who was born in Toronto and never renounced his Canadian citizenship, home in 2012.

Parliament would seem to have been the preferred place to treat the Khadr situation as well if, as statements by Prime Minister Trudeau and other government officials indicate, the settlement was simply about prior Canadian government failures to respect the Charter rights of a Canadian citizen detained at Guantanamo Bay.

So why a confidential settlement agreement? And, why the leak of crucial (unconfirmed) details?

The first leak was after Parliament had risen for summer recess, after Canadians had celebrated Canada Day, and was inaptly made public on U.S. Independence Day. The media reported being secretly informed that $10.5 million was headed Khadr’s way under a confidential agreement. Confirmation from Khadr or one of his team of lawyers would likely have invalidated the confidential nature of the agreement and put an end to the settlement. No such confirmation was forthcoming from team Khadr or official government sources.

The second leak was ostensibly intended to counter an assertion that the government had hastily delivered a cheque to Khadr to avoid legal claims by an injured American soldier and by the widow of the medic who died in the military action that resulted in Khadr’s detention. Information trickled out from the suddenly leaky Prime Minister's Office that settlement details had been agreed on while Parliament was still in session. This suggests there was opportunity to inform Parliament prior to the summer break through one of a variety of mechanisms that would have either made details of the settlement public, as in the Arar case, or kept them confidential if absolutely necessary.

Parliament had risen and the Prime Minister was out of the country. Accordingly, he would not be pilloried with questions in the House of Commons or by Canadian media.

There is no question that the Trudeau government made this decision based on information not available to the public, and an assessment of the risks associated with continuing the litigation. But what exactly did they not want Parliament, or Canadians, to know? It is almost always the party paying settlement funds that wants the details kept confidential. In this instance, that same party is the one selectively revealing unconfirmed details of the agreement.

It is reasonable, as some have suggested, that the government should have fought Khadr’s lawsuit every inch of the way to the Supreme Court of Canada. It's also reasonable that the government would issue the apology it did “for any role Canadian officials may have played in relation to his ordeal abroad and any resulting harm.”

But why did the government tie its own hands on being able to share anything other than a three-sentence apology and general obfuscation about Charter rights in comments from the Prime Minister and members of his cabinet?

There’s no question Khadr did wrong -  and was wronged. But Khadr is a smokescreen. How can parliamentarians, or Canadians, be expected to accept a settlement when its details are not wholly before them? Essentially, the Trudeau government is saying, “Just trust us,” and noting that anything reported as a result of purported government leaks to media remains unconfirmed – inflaming the passions of Canadians on the issue.

I don't endorse the settlement. How could I when the details are not known? Canadians have been left to support or oppose unconfirmed information allegedly leaked by government sources. Essentially, there is a settlement that included a brief public apology, deposit of an undisclosed sum of money, and other unrevealed terms.

The methodology chosen to handle the Omar Khadr settlement is unsettling. It’s reasonable to suggest that the government made an informed decision it considered to be the best one, but it is practically indefensible that it then handled that decision as it has. The resulting passion expressed by Canadians, including Christian leaders, on the issue tends to be in criticizing statements, some extreme, rather than asking critical questions. And Khadr himself is being used to distract from the very answers Canadians deserve.

Don Hutchinson is former vice-president, general legal counsel, for the Evangelical Fellowship of Canada and author of Under Siege: Religious Freedom and the Church in Canada at 150.