Children have always lived in an adult-centric world. Spend only an hour or two in an airport and ask yourself, “For who was this space designed?” Air travel is taxing at any age, but children are a secondary thought in these busy spaces.

Children’s vulnerability has historically resulted in being dismissed at best as irrational or silly and at worst, as no more than chattel. Such mistreatment of children galvanized the movement to protect children, and this Sunday marks the 30th anniversary since Canada ratified the UN Convention on the Rights of the Child (CRC). The Convention affirms the centrality of the family in society and compels the state to protect children from exploitation, violence, and abuse.  The CRC has a positive vision, yet at the same time, moved beyond simply protecting children to promoting autonomous choice rights for children. The end effect of this has been to place the State between children and their families.

The State cannot replace the family. The State and the institutions it empowers cannot replicate a loving, nurturing family, yet these institutions can erode aspects of the family leading to further State intervention. To best support children, the State must recognize the family as a unique sphere around the child, providing a function that cannot be duplicated by the State.  This doesn’t diminish the fact that children have rights and that families can fail their children. It does raise questions regarding how the State, civil society, and families can best serve children.

In our report, Who We Will Become: A survey of children’s public lives in Christian thought, we ask how understanding children as image bearers of God might inform our understanding of autonomy and protection rights. What might the Christian tradition teach us about the relationship between State, family, and civil society in the lives of children? The anniversary of Canada’s signing of the CRC provides an opportunity to reflect on how children are viewed in Canadian policymaking. But it should also give faith-based contributors to civil society pause to consider the approach to serving children and their families and the relationship between State, civil society, families, and children.

To best support children, the State must recognize the family as a unique sphere around the child, providing a function that cannot be duplicated by the State.

Writing during the height of debate around the CRC in the mid-1990s, father and son lawyers Bruce and Jonathan Hafen argued that the United Nations showed its hand when a UN publication guide lauded the CRC as offering a “new concept of separate rights for children with the Government accepting the responsibility of protecting the child from the power of parents.”

Others argued that the CRC aimed to recognize and protect children’s agency. Writing in support of the CRC, Cynthia Price Cohen and Susan Kilbourne argued in the Michigan Journal of International Law, “[t]he Convention depicts the child as an individual with the right to have an opinion, to be a participant in decisions affecting his or her life, and to be respected for his or her human dignity.”

The concept of human dignity is a good place to begin. As my Cardus colleague Father Deacon Andrew Bennett has pointed out, human dignity in the Christian tradition is rooted in recognizing that people are created in the image of God. Dignity is intrinsic to all human beings, but human dignity in public discourse has come to mean the autonomy to make individual choices.  For example, the euphemism ‘death with dignity’ means choosing the means and timing of one’s own death.  To recognize an individual’s dignity is to affirm their personal autonomy. As Bennett argues, the problem with this understanding of dignity-as-autonomy is that those with greater autonomy then have more dignity. This cannot be true of any human being—the fundamental premise of human beings is we share the same fundamental dignity, which does not alter based on ability. The dignity of children is intrinsic and not dependent on their autonomy. Recognizing children’s dignity should compel adults to protect children from harm and nurture them towards increasing autonomy as they grow into adulthood. Families are naturally placed as the primary community for this task.

While children certainly are individuals who possess increasing degrees of autonomy as they mature, the focus on child autonomy rights in public policy results in policies that detach children from their closest support structures such as family. Children remain vulnerable, requiring the State to not only protect children’s autonomy, but to assume a support role it is ill-equipped to adequately fulfill. Public policy can condition parents to cede the primary responsibility for the care and education of children to an army of professionals.  At worst, public policy can relieve adults of their obligations to children through a soft bigotry of low expectations. 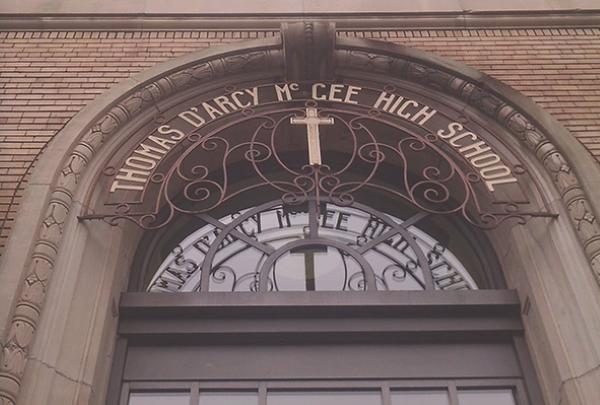 A few years ago, a Canadian service organization hosted a conference to explore how to help at-risk youth by embracing and strengthening the natural supportive relationships around young people. One service provider explained how her organization had shifted focus toward helping young people repair familial relationships in order to prevent youth homelessness. “I used to think families were the problem, something to protect youth from,” reported the service provider. “I rarely saw families as part of the solution.”

Suspicion of family is not surprising in social services where family members can pose a threat to children’s wellbeing. But operating with this outlook as the default ignores the many strengths families can and do contribute to children’s lives.

Even if unspoken, this skepticism permeates public policy development concerning children. Rarely are parents and families treated as equal partners and the primary supportive and nurturing community around children. Consider the language embedded in advocacy efforts to eradicate child poverty. No one should be comfortable with the thought of children living in poverty in this country, but the very term betrays the fact that family poverty is the underlying issue. We can’t provide sustained help for children in poverty without helping their families.

A recent report published by the American think tank, the Brookings Institution, advocates for increases social security transfers to low-income families to help children. The author provides a number of examples of similar programs shown to improve child outcomes, but anticipates criticism levelled at the proposal because, “giving money to poor kids really means giving money to poor parents, who may not spend the money wisely or on the kids’ behalf.”

Recognizing children’s dignity should compel adults to protect children from harm and nurture them towards increasing autonomy as they grow into adulthood. Families are naturally placed as the primary community for this task.

Debates in Canada highlight the skepticism some policy makers have toward the family. The ongoing debate about child care highlights this—on the one hand, you have those calling for money to flow to families, and on the other, money to systems distant from families. As one political advisor on the child care file infamously quipped, cash benefits to parents might not be spent wisely. “Don’t give people 25 bucks a day to blow on beer and popcorn. Give them child care spaces that work,” political aid Scott Reid told the media.

The shift in public policy to work around families has made childhood more public. U.C. Berkeley professor Bruce Fuller argues a policy focus on programs such as pre-kindergarten learning is a contributing factor. He argues that early learning policies have resulted in children interacting directly with institutions earlier than children previously have experienced. The push for pre-kindergarten by foundations and policymakers, he says, “exemplify how elites within civil society recurrently attempt to push a normative way of raising children, even a standard institution, into the lives of America’s breathtakingly diverse array of families.” In the attempt to close ‘learning gaps’ and other inequalities, civic institutions are increasingly assuming childrearing. Fuller quotes New York Times columnist David Brooks, who writes, “how young children are nurtured and taught inside preschools is, unavoidably, a cultured act advanced by institutions.” This form of culture making too often replaces parents rather than working with them.

Parents, even those who struggle, will continue to play a role in their children’s lives. The benefits of working alongside parents and families is rarely evaluated. Nobel laureate economist James Heckman bemoans the lack of interest in policy makers’ understanding and support for the irreplaceable role of parents in the lives of children. Heckman observes, “It’s amazing to me, when we see these high rates of return on early childhood programs, and I’ve written about them, we get returns of about 13 per cent per annum. I’m willing to bet that if we really evaluated what the benefits were of a mother working with the child, we’d find rates of return of more like 30 per cent or 40 per cent. But nobody has ever studied it.”

The CRC recognizes the powerlessness of children and their vulnerability to neglect and abuse. The Convention identifies the authority and duty of the State to protect children while honouring their emerging autonomy. Critics have argued that the CRC errors in conveying autonomy rights in a way that positions children in tension with their natural supporting community – family.

Theologian Vigen Guroian observes, “To the extent that these notions of individualism and autonomy influence contemporary thought on childhood, there is a tendency to define childhood apart from serious reflection on the meaning of parenthood. Yet a moment’s pause might lead one to recognize that there is hardly a deeper characteristic of human life than the parent-child relationship.” Can faith communities translate a vocational call to parenthood into outreach that helps children and families? Should faith communities champion policies in the public square that help children through a whole-family approach?

Such an initiative will require the courage to examine our own communities, confronting our tendencies to mirror a cultural fixation on personal autonomy. We require the same courage to confront actions that have failed to value the image of God in children, leading to neglect and abuse.

Photo by Sarah Medina on Unsplash.com