She is Poland’s gift to Canada. Maria Knapik’s silvery soprano voice has filled some of the world’s most prestigious auditoriums such as New York’s Carnegie Hall, where she was the soloist at a concert honouring Beethoven’s 175th anniversary in 2002.

Until COVID-19 clamped the brakes on all concerts and large events, she continued to sing, and bring audiences to their feet for standing ovations at Ottawa’s National Arts Centre, and other venues around the world.

Now in lockdown with her family at her home in Ottawa, the charismatic diva has lent her voice to an international COVID-19 information campaign designed to address a serious gap in public health communications around the world.

Using her acting skills and her beautifully modulated speaking voice, Maria joins other well-known personalities such as musicians and TV presenters to deliver important COVID-19 information in a manner that would  reach some of the most marginalized populations in the world—asylum seekers, refugees, migrant workers and others who live in the poorest neighbourhoods of  many of the world’s major cities. Struggling for survival at the edges of society, they have not mastered the country’s official language, and have no access to regular media.

Videos of Maria and other celebrities, each speaking in his/her native language, have been uploaded onto the web.

They explain and demonstrate some basic steps that people must take to protect themselves and help control the spread of the virus.  Shared widely on cell phones in massive groups on Facebook, WhatsApp, Telegram and other social media platforms, these videos are relaying the message to millions of viewers around the world.

The TellCorona campaign, which could be used in Canada as well as any other immigrant-receiving country in the world, is the brainchild of Nuri Kino of Sweden, my friend, journalistic colleague and fellow-soldier in the ongoing battle against Christian persecution.

The story of Maria’s involvement in this campaign has its origins in the halcyon days of the National Press Club in Ottawa, where the movers and shakers of politics, journalism and the arts mingled in a spirit of cheerful camaraderie.

I met Maria several years ago at a reception at this club, and was immediately struck by her effervescent personality, her warmth and graciousness of manner that make her so likeable.

We hit it off, and as we kept in touch over the years, I learned of some of her humanitarian passions,

I was deeply moved by the compassion she expressed in her performance in 2010 at the Lincoln Centre in New York City when she sang in English and Polish to raise awareness of the high rate of maternal mortality in Africa.

Fast forward to February 2020, when the COVID-19 pandemic exploded leaving death and destruction in its wake. My story now moves from Ottawa to Södertälje, a city of about 99,000, approximately 30 kms to the southwest of Sweden’s capital Stockholm, and home to a large community of Assyrian/Syriac/Chaldean Christians from the Middle East; also, to Somali, Afghan and other groups who had fled violence and persecution in their home countries.

From a family of Middle Eastern Syriac Christian immigrants, my friend Nuri grew up in Sweden, and is an award-winning film maker and investigative journalist who writes for several Swedish and international media outlets.

Always protective of the most vulnerable people in the world including genocide survivors, refugees, trafficked women and children, he has a razor-sharp nose for news, matched by finely tuned antenna for impending danger.

In early March when COVID-19 had already swept through Italy and was knocking at the gates of Sweden, he took a quick drive through some of the poorest neighbourhoods of  Stockholm and Södertälje —haunts of a marginalized population who fall outside all the social safety nets of mainstream society.

He noted something that called for immediate action. 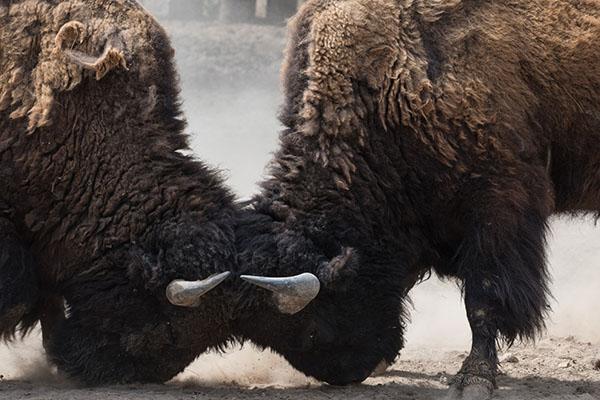 While the rest of Sweden was receiving a barrage of pandemic-related information from major news media, these people— euphemistically described as “disadvantaged,” and living in a shadowy world of their own— were completely unaware that a deadly virus had invaded the country. They neither had an adequate grasp of Swedish, nor access to traditional media. They had no idea that they all needed to take steps to protect themselves and others.

Nuri swung into action and immediately set to work to launch a social media campaign to deliver urgent information in a way that this segment of the population— linguistically and culturally separated from mainstream Sweden by the widest of chasms—could understand and act upon.

Acutely aware of their cultural mindsets, he also figured that the people he had in mind are more likely to pay attention to well recognized personalities in their own communities—such as pop musicians and soccer stars— rather than to politicians and medical experts whom they were barely aware of.

Nuri asked if I could use my journalistic reach and help him find some high-profile people to participate in this campaign. I readily agreed, because I could see the value in this, not only for Sweden, but for all immigrant-receiving countries including Canada which has admitted 321,065 asylum seekers in 2018 alone.

When I approached Maria, and Lazaro Valiente, a well-known Mexican musician, they both saw the rationale behind the campaign and, with open-hearted generosity, agreed to participate on a pro bono basis.

“It’s an important humanitarian project, and I’m happy to participate,” Maria said.  “Helping the most vulnerable has been important to me all my life. When I was a child and used to perform with my sisters all over Europe—we were compared to the Von Trapp family of The Sound of Music— we sometimes gave benefit concerts for orphans. I was moved by the children’s gratitude, generosity and kindness.”

By mid-March the TellCorona website was up and running, with new languages being added, as more and more popular figures from various communities accepted our invitation to help spread the message.

With the addition of Maria’s video in Polish, there are now clips in 17 languages including Arabic, Kurdish, Dari, Farsi and Spanish. The use of influencers on social media has ensured the wide reach of these messages.

“About 100,000 have seen the videos from the site, and one million from Facebook, not only in Sweden but also in Lebanon, Germany, Somalia, France and Afghanistan,” Nuri said.

The role of the TellCorona campaign in filling a dangerous gap in many countries’covid-19 communications strategies has attracted Swedish and international media attention. It was mentioned in several publications, including the British Sunday Times and the French Le Monde in articles that have critiqued Sweden’s laissez-faire COVID-19 policy as one that has failed its immigrants and senior populations

Indeed, the disproportionate impact of the pandemic on these marginalized groups in Sweden, has been well documented.

It more or less mirrors the experience of the US and Canada, even though Canada has not released data on covid-19 victims’ race and ethnicity.

Whether the TellCorona campaign has saved lives or stemmed the tide of the pandemic is a moot point, but it has undoubtedly drawn some of the world’s attention to one of the multiple inequities that COVID-19 has laid bare.

It also has valuable lessons for Canada and the rest of the globalized world where linguistic and cultural diversity has been the norm for decades.

The campaign not only raises a red flag about linguistic barriers, but underscores the importance of ways of communicating that accepts and respects cultural differences.

“It is important to bring in well-known figures because they are received in a completely different way (by the target audience) than officials or politicians,” explains Nuri.

Dr. Salman Waqar, General Secretary to the British Islamic Medical Association would agree that language has had a marginalizing effect on some groups around the world. He was quoted in a recent BBC article dated April 20.

“Much of the initial public health guidance around COVID-19 has been in dominant languages. There needed to be a better understanding at the beginning of this pandemic that these messages may not necessarily get through to the grassroots,” he said.

Canada is another country that has not adequately addressed the issue of culturally appropriate healthcare communication.

An April 3 article published in New Canadian Media quoted Louisa Taylor, Director of Refugee 613, an Ottawa-based immigrant settlement agency. “We are alarmed by what we see as a major gap in public health communications. These (newcomer) communities need specific information, translated into specific languages and shared in specific ways,” she said.

Since then several Canadian government websites have published COVID-19 information in various minority languages. However, it is reasonable to surmise that written information is above the reach of the most vulnerable people with less than perfect literacy skills even in their own language, who have no access to computers.

In the interests of creating a more just, equitable and humane world, politicians and bureaucrats—whether in Canada or any other country with a heterogenous population— also need to be aware that culturally sensitive communications are an essential element of effective public healthcare policy.

Peter Stockland flags an institutional shift in journalism that seems to be causing media outlets to follow the State line rather than inquire and clarify in the public interest.