I’ve had the privilege of being able to be extravagantly mobile for some time now – my job’s connected to my computer rather than an office so I’ve been able to pack up shop and, for a few years now, have explored different corners of the world. In the process I was surprised to find myself ultimately drawn to the former Soviet Union, which eventually means becoming acquainted with one of the lesser-known regions on the planet: Central Asia.

Other than being collectively known as the ‘stans’ (and as the faux-home of folks like Borat), there’s not a whole lot we hear back in Canada about countries like Kazakhstan, Kyrgyzstan or Tajikistan– but for some that’s more than enough reason to jump right into the deep end and plan an expedition. At first the attentive Westerner is overwhelmed by the region’s exotic draws (endless steppe, traces of the Silk Road, some of the planet’s most stunning mountains and river valleys), and rightly so. If one stays for a while, though, it becomes impossible to avoid the undeniable disparities in the way we live our lives.

Coming from Canada, I’m confronted with how I can only ever approach these nations as an outsider. A privileged outsider at that. It’s something that can make us think about what we can do, what we can give, but even the normal ways I’m used to responding to economic inequality are turned on their head. At home, I’m the one giving money to a homeless person or volunteering in Africa, or what have you. Here the locals insist on hosting you, on giving out of the significantly little they have, on making sure you get what you need. They, in their privation, become irreplaceably necessary. Which leaves me confused and disarmed and feeling weak and very, very human.

This sensation of vulnerability, or even helplessness, can be intensified when one looks at the broader geopolitics of the region. Its natural and historical richness, after all, has come hand in hand with ongoing corruption and systemic poverty. Taking in the dizzying array of factors and causes of why things have turned out this way is a task both worthy and incredibly urgent (if one does it right and for the right reasons). It is certainly is also one with the constant risk of focusing on international relations at the cost of overlooking the human element. Regardless of how capable we may or may not be of taking in the globe’s ever-shifting geopolitik, all of us already have what we need to reach down into and recognize the common wealth of what makes us, even in our differences, a human family.

For me, the notion of witness is key here – not the shallow witness of Instagram or a quick take so much as a willingness to sit with a person or a people in their contradictions. It’s a response that’s open to everyone, and has the benefit of humanizing the people you come into contact with as well as yourself. For those of us who are people of faith, and I count myself as such, we draw on the image of God as omnipresent, as the one who not only sees all but is capable of being present in a way that allows all nuances to be known and respected and given their due. We’re obviously not God and will never be, but there may be a call here particularly for people of faith to take up the work of radical empathy, a radical presence that seeks to cut through even the white noise of a place as complicated as Central Asia and find, on the other side, a link to people that, for all our differences, are in full possession of human dignity and grace.

Think: taking the time to hear how people perceive themselves, their grievances or their place in this world. 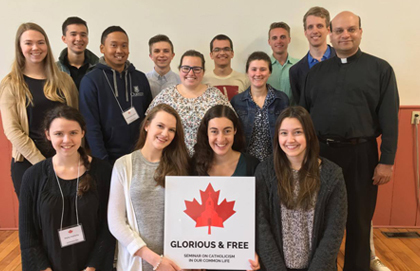 Think: listening to how they see your home country or a particular conflict or the nature of God. Think: accepting the criticisms they have of how you do things while still finding a way to connect and be together.

For me, the notion of witness is key here – not the shallow witness of Instagram or a quick take so much as a willingness to sit with a person or a people in their contradictions.

Think: having to admit to (instead of avoid or deny) the limitations I have, as a Canadian, in this place, and letting that be an open part of the conversation.

Think: not making the other person an object of our rehabilitation project or spiritual largesse so much as an equal pilgrim through an often-confusing world.

It’s a really big call. Perhaps the word best suited to describing it is vocation. And it can, at times, be exhausting. Sitting on a rug with a new friend in a Tajik mountain village, the differences between us confront me with remembering how, on a fundamental level, being human means both being inescapably alone and inescapably connected to others.

As a Canadian, this means thinking through the responsibilities I have as a global citizen. As a Catholic spending time in various Muslim cultures, it means being okay with being at a loss sometimes to process all the nuances of what being together means. I find myself entrusting stuff to a God who I hope holds all things together in hands big enough for our discrepancies and diverging worldviews.

This is what Central Asia has been teaching me, and it requires a profound humility that I am still far from having been able to embrace and embody. But this isn’t something that only happens when a person’s on the road. We’re confronted with both our differences and our common heritage no matter where we are.

One might write a letter from the road that affirms both our differences and our common dignity, but that letter can be written just as much from the family, from the synagogue, from the school. In a country such as Canada, we’re given the privilege of living in close quarters to people coming from radically different ethnic, cultural or religious traditions, and that comes with the responsibility not only to make it work but to build a common heritage together.

By being together, no matter where we are, and being witness to the depths, nuances and contradictions of each other’s lives, we will find not only that we’re participating in the great task of humanizing our neighbours but also that we, ourselves, are expanded. And our common life together becomes enriched. Which is what we’re here for, yes?

And there’s still more than enough work to be done.