When asked what he thought about current philosophy curricula in higher education, the late Richard Rorty once said he would much rather have his students learn a new language than take symbolic logic.

That has always struck a chord with me. I dropped out of symbolic logic after only the second class.

I've thought a lot about language this year. I heard Marilyn McIntyre speak at the Kuyper Conference in April, and read her marvelous little gem, Caring for Words in a Culture of Lies (a must read for anyone who considers him or herself a human being). Then, over the summer I read a little pamphlet by Calvin Seerveld. My heart skipped when I came across the brisk remark: learning a language is an "act of grace."

I am still digesting the meaning of that. 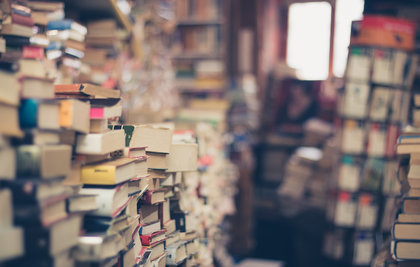 The Canon's Answer
Unlocking the Doors of Education
Yada Yada Yada: What Was That?

As Christmas approaches, I am reminded that Jesus moved into the neighbourhood, as Eugene Peterson so eloquently put it. But I am also reminded that he learned a language—in fact, he didn't just learn a language, he learned how to use it. He knew how to speak to the Samaritan woman as well as the disciples. One needed water, the other food. Both were spoken to and both understood.

In Philippians 2:7 Paul gives us the impression that Jesus had to suffer more than the cross. In many ways, his very existence was a sacrifice. The incarnation was a taking up of something, but it was also a laying down of something else. In Christian theology this is referred to as kenosis: Jesus laid down particular divine characteristics in order to take up human ones. One thing Jesus had to take up was learning a language (or languages, if we're being precise).

It's an odd thought, isn't it? The God of the universe took time to learn and speak a language.

Learning a language involves a certain level of disgrace. Patience, honesty, wisdom, indeed. But vulnerability and humility, absolutely. Learning a language requires sensitivity to and longing for what is beyond oneself. Before one can learn a language, and know how to use it, one must give oneself to it. And this giving can be disgraceful.

Unlocking the Doors of Education

Life’s circumstances have a way of reintroducing us to grace, writes Joseph McDaniel. His personal journey refreshed his perspective on his vocation and encourages us to be open to the expansion of our own horizons by the grace of God.