Maybe we have to die in order for the consecrated life to live," a French-speaking sister told me in an interview. A surprising strategy, but one that might make the most sense considering the continued decline in the number of Catholic religious in our country. Perhaps the religious life is in such dire straits that nothing less than the miracle of a resurrection could make it live again. No doubt, resurrections are possible in Catholic theology! Yet, those who were made alive had to die first. Is this truly the state of religious life in Canada?

The numbers are striking: there are currently between 18,000 and 20,000 men and women religious in Canada—a number that will decline by roughly 1,000 a year for at least the next decade. One need not be too familiar with math to see that the decline is radical.

Are we witnessing the final chapter in the long and important history of the religious life in Canada? Perhaps not; but it is the end of an important chapter for sure. But most men and women religious think there is still a place for their kind of life in our country. Though it might not be appropriate to speak of "strategies" for the continuance or renewal of that life, there are certainly a host of opinions about it and concerted efforts being made to preserve it.

In fact, the opinion evoked by the French sister, I presume, is more widely shared than might be admitted. Many menâ€™s and womenâ€™s institutes, especially those once involved in education and health care, are saddled with the care of large, unwieldy buildings and a rapidly aging membership. What strategies for the future? What "deaths" must happen for new life to arise?

The "new" religious orders in Canada are an important source of religious life. Formed mainly in the generation after Vatican II, these communities are quite active in a number of dioceses across the country.

Take, for example, the female and male communities of the Monastic Fraternities of Jerusalem in Montreal. Founded in France in 1975, these communities came to Canada in 2004 at the invitation of Archbishop Turcotte to take over duties at the shrine of the Blessed Sacrament in the trendy Plateau district. Although their first members were imports mostly from Europe, they have had several new Quebecois vocations since their arrival. While their rhythm of life resembles that of many other contemplative orders, their urban-mission vision continues to help them find relevance in the increasingly boisterous setting of the student quarter around them.

On the other side of the country, well away from the hurly burly of the urban life, a small band of newly immigrated Filipino men have taken over duties at the Immaculate Heart of Mary Shrine in Cache Creek, deep in the heart of British Columbia. These men belong to the Servants of the Risen Christ, a Benedictine-inspired community founded in the Philippines that has since grown rapidly. Even if the community in Cache Creek is still small, they have plans to invite more members to join them should their work be prosperous. For the time being, they focus efforts on the Shrine, but they also regularly serve in pastoral functions at various neighbouring parishes. 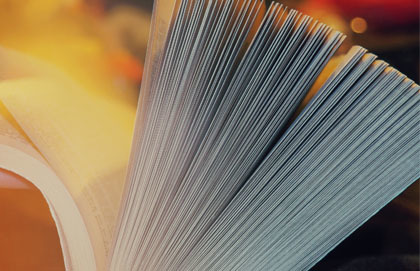 The Jerusalem communities and the Servants of the Risen Christ are not alone in Canada. In a recent public lecture in Montreal, Father Rick van Lier, a Dominican and specialist on new religious orders in Canada, noted that Canada is one of the leading countries for these new orders since Vatican II. Though the United States, Italy and France boast greater numbers, Canada is now host to more than 50 new communities, many of them in French-speaking regions. These communities are varied in language, spiritual orientation, composition (women, men or, often, mixed), but there is generally a greater interest in contemplative life, much more than the active communities typical of the 19th and 20th centuries. As van Lier noted, despite having found mostly favourable reception from older communities, they have not always been able to uphold their charism, especially when the founder died and the community was passed on to a second generation of leaders. Further, because of the mixed nature of many of these communities, including ones with married members, it has taken time to figure out how they ought to be understood within the structure of Catholic religious life. These new communities represent only a small portion of the overall number of Catholic religious in Canada, but they are comparatively stable and decades younger on average.

Both communities noted above represent another "new" feature of religious life in Canada that is bringing it new life: immigration. Obviously, immigration is not "new" to Canada or to religious orders—all of the established orders were composed of immigrants at one point or another. The newness in our current context is that these immigrants often have different attitudes about religious life, appearing to be more appreciative of the decisions of the Catholic hierarchy and desirous of wearing distinctive religious habits.

Objects of critique from those who think they are retrograde, trying to reprise a pre-Vatican II form of life, these younger men and women continue to attract vocations. In her still-relevant sociological monograph, The Rise and Decline of Catholic Religious Orders: A Social Movement Perspective, Sister Patricia Wittberg noted that she heard this critique frequently. She wrote that it does not accurately represent an understanding of the members of these new orders: "The young men and women who enter these communities do not personally remember pre-Vatican II religious life, and do not necessarily believe that what they are doing is the same thing."

Immigration not only accentuates differences in attitude but also in language and culture. True, several new communities have been formed by recent immigrants, but many more immigrants are transforming older communities. For example, the English communities of the Sisters Adorers of the Precious Blood from Prince Edward Island to Alberta have been actively welcoming new Sisters from Southeast Asia for a number of years. Thirty to 40 years younger than many of the other Sisters, these women provide a next generation to an order that would certainly have written their last chapter in Canada since their founding by Catherine Aurelia Caouette in St. Hyacinthe, Que., in 1861. While the English Precious Blood sisters still have many elderly members, they head into the next phase of their life with more confidence.

The same rejuvenation by immigration is true of male orders. Take, for example, the Society of the Catholic Apostolate, better known as the Pallottines of Edmonton. In a recent newsletter, Father Bruce Schute, SAC, wrote: "In Canada over the past few years the number of German Pallottine priests and brothers from the Sacred Heart Province Germany had been decreasing. More priests from the Bangalore Assumption of the Blessed Virgin Mary Indian province had arrived in Alberta, so the change in personnel and administration was logical."

Not all established communities desire renewal through immigration. New members do often add energy to communities with a high average age, but bringing them to Canada is not without its difficulties. A refined process of vocation discernment is challenging when meeting new members who live so far away and speak a different language. Communities that have accepted these new vocations usually have help from friends abroad and make their commitment to and expectations of these visitors very clear. If, after a probationary period, the candidate and community find each other acceptable, the training begins. In one community I visited, much of the initial training was simply the intensive acquisition of English. Further, it was soon clear that community life, especially that based on cultural assumptions, often produced unintended friction.

Vocation discernment out of less economically stable countries might also be perceived as exploitative. Some observers have remarked that it is a cheap way for aging communities to employ maids and nurses. Others have suggested that it is often the most educated and capable sisters and brothers that have the wherewithal to navigate the process of immigration to Canada, thus depriving the Catholic Church in their own countries of its best personnel. John Allen, the most well-known observer of all things Catholic in our generation, makes a poignant remark about this so-called "reverse mission" of Catholicism in The Future Church: "Redistribution of priests [and religious] is equally controversial among Southern bishops, some of whom feel itâ€™s the latest chapter in a long history of Northern colonial plunder."

A final thought in this regard: many communities might be dying out in Canada, but they are using capital to invest in foreign missions. Hence, even though they are not importing vocations to Canada, they are promoting vocations for sister religious houses elsewhere. Though we have no clear figures on how much money is being invested in Catholic religious around the world, a rough estimate could run in the millions.

So even with new communities and immigration, will the religious life die in Canada? At first glance they are too little, too late. If the present rate of decline continues, it might be 10 to 15 years before the number of religious carry over from year to year, let alone increase. At that point, there might only be 2,000 or 3,000 left. As a researcher, an observer of the religious life, I am not arguing for or against a resurrection of religious life. However, in my many conversations and visits to religious houses across Canada, I note no fundamental reason why some significant revival could not happen. Besides economic or political crises, which tend to spark new turns to old ways, there is almost no doubt that continued immigration to Canada will bring about some modest gains in a future generation.

In any case, people of faith, whether Catholic or other, have always maintained that religious meaning cannot be tied simply to increasing numbers. A recurring theme I hear from religious—the "sign" of the consecrated life in modern society is found much more in quality than quantity. Maybe in its death it will find new life.