There were times when people would give children large doses of morphine just to calm them down; rub mercury into cuts as a way of healing; and even bathe themselves in urine and excrement to increase cleanliness.

Detail from Maulbertsch's The Quack

It's not too hard to look back at some of these bizarre rituals and beliefs and to hold our noses up in disdain at such ignorant understandings of the world. With our sanitation systems and medical acumen, our iPods and our Weather Networks, we know so much more ... right?

Maybe not. Underlying such attitudes is a peculiarly uncharitable contempt for our elders and a peculiarly charitable love for ourselves and our moment in time. There's also a peculiarly limiting and limited concession to a certain brand of science as the best way to know the world. But even with all our scientific knowledge and our best applications of it to new technologies, much of the world remains shot through with mystery and much of life slips between the cracks of what science can speak to with any authority. 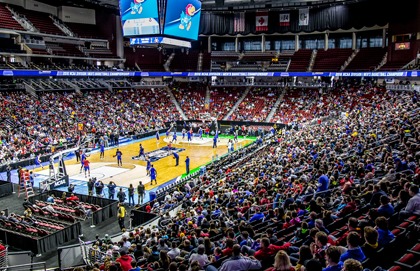 March Madness: Rooting for the Underdog
Medics in No-Man’s Land

As students settle comfortably into the routines of being back in school, I'd urge them to resist and challenge such assumptions wherever they crop up. We are not more intelligent, more moral, more sophisticated, or more civilized simply because it is 2014. Ignoring ideas and, more likely, beliefs because they have become unfashionable is like ignoring your tweed-bedecked grandpa simply because he can't download music (or discarding this blog because it used a phrase like tweed-bedecked).  I'm not saying we should go back to leeching or letting our barbers pull out our teeth, but such uncharitable approaches to our elders borders on a type of fascism in our thinking that we should run from every chance we get. Really, it's the enemy of the education we presumably attend school to get.

In the early 20th century, C.S. Lewis and Owen Barfield were afraid of the growing attitude that sought to set minds free by severing them from their ties to past tradition. In Surprised by Joy, Lewis called this a type of "chronological snobbery," which he believed could only be challenged by asking the right kind of questions: "You must find why it went out of date. Was it ever refuted (and if so by whom, where, and how conclusively) or did it merely die away as fashions do? If the latter, this tells us nothing about its truth or falsehood."

Once we do this, Lewis and Barfield believed, we not only understand our forebears better, but also begin to understand the rituals and beliefs we submit to each day, those rituals and beliefs that future generations will likely find silly, naïve, and a sign of our deep-seated ignorance. It also rids us of that dictatorial voice of the present and allows us to enter a conversation with the democracy of the dead (to steal Chesterton's phrase).

Education exists to help make the best sense of the long, complex, and tangled skeins that are the conversations you are now listening in on, waiting for your chance to jump in. So think about this as you start your research. The articles and studies written in the last five years are important, but so are those from the last twenty, fifty, or hundred years.

At Cardus we talk about building on 2000 years of Christian social thought because we know that the current conversations on education, labour, urban development preceded us and, perhaps more importantly, they will also proceed us. Whatever Great Conversation we find ourselves jumping into this year, let's keep in mind the voices that came before and the direction the conversation may take long after we're no longer part of it.