On the cusp of launching a new publication to further the organization's mission of renewing Canada's social architecture, Cardus president Michael Van Pelt sat down with Convivium to explain the objectives for this venture and its overall purpose in the Canadian public policy sphere.

Convivium: Cardus already publishes Comment, Cardus Policy in Public, LexView and other products. What is it that appealed to you about this project? And how does Convivium fit with what Cardus is already doing?

Michael Van Pelt: There's a pragmatic answer. Cardus communicates in very different markets, so we need a whole spectrum of ways of communicating on a regular basis. The way I see it, Convivium will target a public intellectual community in Canada that has the ability and the desire to discuss topics that range from religion to politics to culture. That public intellectual dialogue isn't happening in Canada, from the perspective of Cardus. Rooted in that is the argument that 'you can't just talk, you gotta do stuff,' right? You have to be careful with that argument because much of the doing has been prompted by a sustained amount of talking. Just look through the course of history. Actions, whether good or evil, are very rarely rooted in a spontaneous idea. Most often they're rooted in ideas that have been bandied about and talked about for many, many years. Poetry is written about them. They inspire all kinds of art and other cultural forms. Debates range in the pub over them. And then suddenly, they're done. But the conversation came first. We want Convivium to be a place where that conversation takes place in Canada.

C: The centrepiece of Canada's form of democracy—Parliament—is literally a place of speaking. Going back to Chaucer, Parliament meant a gathering place to speak. That is the heart of our democratic system, isn't it?

MVP: Yes, but democracy is also the heart of our day-to-day virtues and habits and behaviours that we commit to. Even within families, the conversations around the supper table invariably define the reality of the family, in their actions and their behaviours. So let's not minimize the word. And coming from Dutch immigrant extraction, we learn to 'just shut up and do it.' But there has to be more.

C: There's a time for action, but there has to be discussion beforehand, and thoughtfulness.

MVP: And you know what? That's what Convivium's going to do. I think another dynamic is the leadership that we're going to bring to the Convivium project. And that leadership is going to show up in [Convivium editor-in-chief] Father Raymond de Souza, a major Canadian public intellectual. In the spirit of Father [Richard] Neuhaus, who founded First Things magazine in the U.S. to return religious faith to its proper place in the public square, Father de Souza has things to say about the Canadian public square. Convivium is a vehicle for that. It's an important vehicle for that. When we don't create those vehicles, we cut short the necessary dialogue in the public square. We'll also bring in a seasoned journalist/publisher [Convivium Publisher Peter Stockland] to partner with our editor. We're not hiring university students to put this together. We're investing in major Canadian players.

C: This seems like a big step in a very different direction for Cardus. Is this a step that has been a long time coming, given lengthy consideration, or is it an opportunity that arose when you and [Cardus Researcher Director] Ray Pennings and others said, 'Wait a minute, this is providential, this is God saying, "here's a path, follow it."'

MVP: On the one hand, it's a big step. On the other hand, it's not. The roots of Cardus come out of a religious tradition. And the idea of broadening that religious tradition in our publications and in the people leading these publications is a natural development of our organization. In one way, this is a grand experiment. And we run our experiments with the passion and confidence and hard work that Cardus always brings to what it does. As an organization, Cardus has clearly been influenced by the Reformed Christian tradition. But over time, we have expanded into the evangelical world, into the Anglican world, into the Catholic world. I would see it as a positive, natural development. I wouldn't see it as a major shift in the road.

C: It's great to articulate that this is an extension . . .

MVP: From a social architecture point of view, the reality is that The Convivium Project is going to infuse religion and belief into a public dialogue that is often missing, sometimes unwanted, but surely is more meaningful now than ever.

C: Certainly more necessary. That might be a good point to talk about Cardus' beginnings, where it is now—aside from the magazine and The Convivium Project. Can you talk a bit about the background of Cardus, the idea and tradition that generated it, and where it's going? 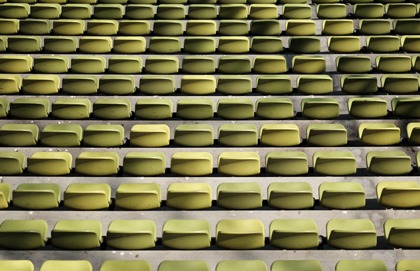 Can We Have Subsidiarity Without the Regulation?
Engaging Those Who Disagree
The Mission Continues

MVP: If you want to grasp the beginnings of Cardus, it's rooted in a deeply held belief about how society is organized. The concern is that if society organizes itself by lending more and more authority to fewer and fewer institutions, we run into deep problems. And one of the interesting things about the Reform tradition—it's a Catholic tradition as well—is that when you look at society, its architecture is a richly textured interaction of many spheres. Each has its own authority and responsibility. And when you forget that, you end up granting authority and responsibility to institutions not properly designed to house that authority, or to steward that authority. And that's been the Western experiment.

C: We saw the failure of that experiment in this summer's riots in the streets of London, wouldn't you say?

MVP: Oh, the London riots are a perfect example. This should be families putting a foot down and saying, 'you know what, son . . If I ever catch you doing that again, I'm actually going to follow along with the police as they put you in jail.' I remember when I was a kid, my dad found out I stole a stick of gum from a store in Mitchell, the small town in Ontario where I grew up. He threw me in the car and he made me go back and tell the guy what I had done. Now that was humiliating.

C: Never forgot that, did you?

MVP: The least thing he could have done was give me a slap over the head, and a 'don't ever do that again.' But no, no, no. He had to throw me in the car, walk me down the main street of Mitchell, make me apologize and tell the owner what I did in his store. That's what was missing in London this summer.

C: You remembered that for the rest of your life. You probably remember that feeling every time you think of it.

MVP: Is that kind of teaching the job of government? Clearly not. Is it the job of the police or the military? No. It's the job of parents, of families. And if they don't do that job, things go terribly wrong. Having said that, I think we have to voice our arguments with a lot of humility to rebuild a social architecture that encourages leadership among a whole variety of institutions. It is not just a political decision. It's a cultural shift, it's a religious shift, it is a shift in what we deeply hold to be true. At Cardus, we try to create examples through various projects to show why this fundamental argument mediating institutions—to use Catholic language—is so important. And that can show up in some of the research work we're doing in the relationship between religious institutions and urban spaces. It shows up in some of our research on the role of independent educational institutions in North America. It shows up in our perspective on a renewed understanding, or a proper understanding, of the role of collective bargaining in Canada. That's the beauty of Cardus: having an intellectual framework in which to view the world.

MVP: It's so diverse. So, for example, on the religious institutions and urban space, these are conversations that we've tried to create and tried to encourage among municipal leaders and urban planners, partly because in the urban planning world there's a built-in hesitancy about anything religious. So let's have the conversation with those who are actually writing the official urban plans. And with those who are providing leadership in municipalities. But the next conversation may be with a different kind of political leadership, when we argue that we need to renew and strengthen the civic core with a more powerful tax credit, then our message is oriented toward a different market, toward a leadership within the federal government.

C: And labour issues that you identified, what audience are you directing those toward?[>

MVP: Both business and labour. There's a different way of doing labour relations in Canada, so that's a message to union leadership, but also to business as well. How do we organize work in the future? Can we organize work that honours the dignity of the human person?

C: Just coming back to The Convivium Project for a minute, I guess the other question that will come up is: why launch a magazine now when nobody's reading print anymore?

MVP: You know what? We're not trying to talk to nobody. Nobody may be reading print, but somebody is. We don't like nobody. We like somebody.

C: And we know somebody is going to read this, right?

MVP: The only way to respond to that is to personify nobody. And we're not interested in nobody.

MVP: I look at it this way: words and dialogue and arguments need community in order to thrive. And so we don't see Convivium as just the words on a page or the brilliance of the writing. We see Convivium as a community that will grow and develop over time and actually steward the tradition and the intellectual direction of Convivium. It's not just a journal or a magazine or whatever the public might identify the hard copy words with. What we will discover at some point, what we're seeking to create, is a community that will discuss and live out these kinds of conversations. And if we can't do that, that's a test for us; if we can't accomplish that—and we believe we can—then we have to go back to the drawing board and ask ourselves what it is that we're doing.

Can We Have Subsidiarity Without the Regulation?

Educational institutions and companies manage a dual training system of the theoretical and the practical ...