With that exhortation out of my system, let me add a suggestion that’ll go over like a lead balloon: Within the sphere of public discourse, leave those who are actively vaccination resistant alone:

Now, the unvaccinated are not a homogeneous group. I don’t include in this suggestion those hard-hit communities whose mistrust the medical world has long earned through the infliction of horrors like forced sterilization, and the ongoing neglect and abuse the world glimpsed in the case of Joyce Echaquan, the Indigenous woman who last year was mocked by Montreal hospital workers as she lay dying. Here there is a debt, and every effort must be made to earn a trust that was never lost because never gained.

Nor am I talking about those willing to get the shot, but facing hurdles to access. These people need time off work and a ride to the vaccination centre, not to be shouted at and about.

Another sizeable portion of vaccination holdouts are, by their own report, lining up for the jab in order to get into restaurants and concert venues. They’re neither all that fixed in their beliefs about risk, nor all that fearful in their reluctance. For this group, it’s never been so much about information, or misinformation, as about convenience.

We humans are exceptionally bad at apprehending the ways our individual behaviours function in relation to mass outcomes.

I hear them condemned for being roused to action so as to pursue leisure activities, while sickness and death moved them not at all. To these critics I say, judge softly. We humans are exceptionally bad at apprehending the ways our individual behaviours function in relation to mass outcomes. Let she who has never purchased anything shipped in a container cast the first stone.

However, for those who adamantly refuse to be vaccinated, but otherwise readily avail themselves of health care, the time has come to let them alone. We have squandered whatever chance there was to persuade.

Polarization-fueled suspicion and its concomitant, blind tribal trust, were acute afflictions of our body politic before COVID-19 came along. One would have thought a disease that is existentially indifferent to our culture war affiliations might have bridged the social fissures. But as Peter Stockland recently surveyed, our stupidity on this count is as deep-rooted as it is dangerous. We have subsumed the most fundamental human commonalities - sickness and death, their universal cry for compassion - into the same vicious and pathetic internecine battles we’ve been having about everything else, great and small, in recent years.

Thus we have people responding in Pavlovian ways to public health measures. One side rejects them out of hand, with little regard for the predations of the virus or the risk posed to others. To the suspicious, every effort to reach them seemingly only works to confirm their suspicions. Yet among the hyper-vigilant recalcitrant, that wariness isn’t similarly aroused by the fact that disagreements over the pandemic break largely along partisan lines. Surely that remarkable overlay calls for just as much suspicion that, across the board, we’re all being played for political gain.

Mirroring the reflexive resistance to public health measures there is an unthinking embrasure of governmental oversight. Cheering and jeering greet the adoption of increasingly intrusive government measures, with little, if any, thought being given to the proportionality or possible misuse of those initiatives. They’re not being seen as burdens that must be borne, and limited, for the sake of the public good, but rather as blows against the enemy, in high stakes but fundamentally misguided rounds of scorekeeping.

Instead of realism about the risks of the virus, and clear-eyed scrutiny of government action, approaches to managing the pandemic and its fallout have been dragged under the wheels of our tribal stubbornness. But by no longer framing this as a contest for domination, by stopping with the obsessive anger, by saying to those noisily resisting vaccination, “You don’t want it? Whatever,” we would take the oxygen out of the politicization, and away from those on both sides who cynically foster and exploit the partisanship. 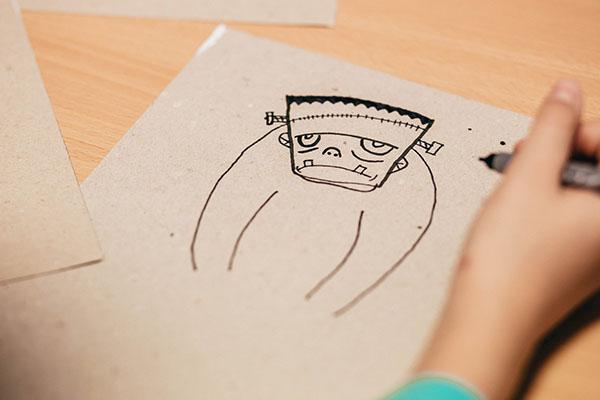 Monsters, Mobs and Me
A COVID Shot in the Dark
COVID and the Fearful State

I can hear the go-to objection passing through the minds of a certain contingent of my liberal lot: “They are spreading the virus and killing people; we are only reacting with justified scorn and anger. That’s a false equivalency!”

False equivalency, the intellectual equivalent of a child’s “He started it!” To which I respond with a mother’s: “I don’t care.”

First, whatever merit pointing out false equivalencies may have, it has never meant absolution for those guilty of the lesser offence. That something isn’t “as bad” has never meant it was therefore morally permissible, much less right. Yet it’s often waved around like a backstage pass to impunity.

Second, and more importantly, the point I’m making isn’t about moral evaluation, it’s about causal contribution. Polarization isn’t just a static description of social dividedness. It’s a dynamic between people, and participation in the rancour, from either side, perpetuates and amplifies that dynamic. In the context of the pandemic, to the extent we behave in ways that keep the feedback loop of enmity going, we stand in the way of community health. Period.

We have got to start discouraging mainstream and social media from perpetuating an atmosphere of gratuitous and counterproductive contempt.

Contempt divides people and hardens positions, rendering even straightforward communication difficult, something I recently relearned in a personal context. I had to go get my optic nerve examined for any damage a neuroinvasive West Nile infection might have done to it. Fifteen years after being infected, twelve after recovering, I am still dealing with the threat of the virus. It got me thinking how I wish those preoccupied with unknown, possible long term dangers of the mRNA vaccines would also give COVID its due. Like West Nile, it can invade your system, and you may find you have an occupying enemy for life.

I posted a note to that effect on social media in which I expressly stated I wasn’t telling anyone what to do about vaccination. I only wanted to convey the importance of appropriately weighting the virus side of the equation within the calculation of concerns about unknowns and long-term effects. Despite my admonitions, the comments became exactly the sort of tribal food fight guaranteed to destroy any chance of that message getting through. I deleted the post in disgust.

Thanks to having had West Nile, I declined the Astra Zeneca vaccine due to the small risk of brain clots. My decision was supported by three doctors. I adopted even more precautions than I had previously because now my own choice had entered into the public health risk I posed, and with its free exercise came a greater responsibility to others. Nonetheless, from friends I got anger, insult, and pressuring to get the vaccine. Not one knew what it is to be gravely ill, to recover and live with that awareness. Not one bothered to ask. They sang to me from the songbook of online memes and outraged opinion columns. Becoming habituated to contempt can drain people of the impulse to compassion, of the ability to listen, of basic curiosity.

Small wonder then, that those who are genuinely fearful of the new, fearful of doing something harmful by their own hand to themselves, or their children, feel dismissed, scorned, and abused for their concerns, even when they see something as seemingly innocuous as a “Be safe, get vaccinated” sign on the highway. We who support vaccination are the ones who have backfilled the message of that sign with hostility and disdain, causing many at whom it’s aimed to feel a sense not of community, but isolation.

That said, I do have difficulty with the idea that the vaccine resistant are being “marginalized” when the likes of Fox and Tucker Carlson, among the biggest media juggernauts out there, are anti-vax or anti vax-education and access. These are hardly the marginalized classes. I’m not suggesting those who hold the reins of power aren’t generally aligned with vaccination (not in Texas, Florida, Arizona, or to some extent Alberta, Manitoba, and Saskatchewan, until their ICUs fill past the point of ignoring.) But marginalized? Please. Tell it to Joyce Echaquan.

Will there be a price to pay if we simply allow the actively vaccine resistant to go their own way? Yes, by everyone. COVID is a contagion, and people who are unvaccinated are significantly more likely to both spread it, and to fill up ICU beds that all critically ill patients need, with knock-on effects for the availability of many other medical procedures.

Those who refuse vaccination will have to be treated like second hand smokers gusting to drunk drivers, depending on context. We will, individually and collectively, have to endure the damage - ranging from inconvenience to catastrophe - done by those who slip through the precautionary net in which we’re all entangled. But that’s a price we’re paying already. At least by stepping back from the fight we can:

For my money the most dangerous aspect of being absorbed in self-righteously shouting at a relatively small vaccine-refusing population is overlooking the reality that almost 50 percent of the world has yet to see a single shot.

How navel gazingly myopic can we be? That’s not a concern for public health. That’s the people in the deck chairs on the Titanic shouting at each other.

For if we’ve learned nothing else in these twenty-some months, it’s that the successful mutation arising there, arrives here. Meanwhile, our pharmacies have thrown away millions upon millions of expired doses.

Enough. Basta. If you’re pro-vaccination, your energy is far better spent urging delivery of those vaccines to where they’re wanted, and where we all need them to be, the rest of the world. If you’re vaccination resistant, go in peace.

Photo by Uriel Soberanes on Unsplash.com