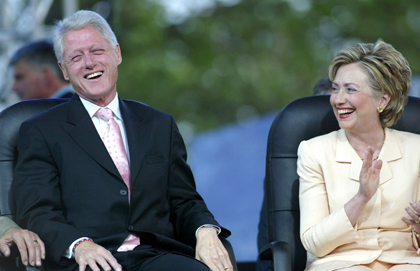 Last Saturday in Little Rock, Arkansas, at the President William J. Clinton Presidential Library, Bill and Hillary held a soiree with several hundred of their friends and admirers to celebrate the 25th anniversary of Bill’s 1992 election victory. On the 24th anniversary of the election, five days before the 2016 presidential election, the plan would have been to celebrate the 25th anniversary in the White House, or perhaps to have President Hillary Clinton fly down to Little Rock on Air Force One.

It was not to be.

Revelations of previously hidden sexual harassment, assault and rape have felled one titan after another in America’s culture of celebrity and politics. The biggest titan of all is Bill Clinton himself. His sexual harassment, assault and rape were not hidden, but alleged long ago. And the liberal establishment, beginning with Hillary, stood by him, trashing the women who were his victims. The 1992 Clinton campaign gave us the term “bimbo eruptions,” which is how Clinton’s staff spoke about inconvenient revelations of Bill’s sexual predation. That part was left out of Saturday’s anniversary reminiscences.

As long as Bill and Hillary’s political future had to be protected, powerful men who exploited the women around them were entitled to the Clinton defence: “If Bill could do it then so can I!” No one used it more effectively than Donald Trump, who brought the women Clinton assaulted to his presidential debate with Hillary.

The Clintons’ lifetime ambition for power is now exhausted. Hillary’s defeat means that no longer is the Clinton defence necessary. Liberals are free now to concede that Bill’s lechery is disqualifying. Moreover, their desire for revenge against the man who sent Hillary packing, President Donald Trump, means that if they want to take Trump down over sexual harassment, Bill Clinton must go first. Consistency is required if the goosed are to get justice from the ganders. 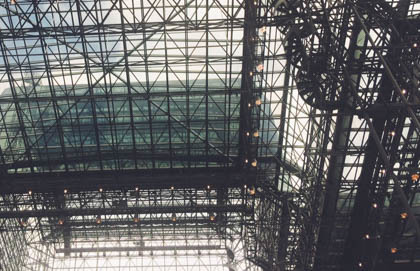 The last 10 days have seen elite liberals turn on the Clintons. Obama cabinet secretary Kathleen Sibelius is just the latest.

The struggle to live out the truth told in Genesis that all are created in the image and likeness of God is an ancient one.

The reckoning has been so rapid that you need a racing form to keep up on who is running away from the Clintons the fastest.

All of which points to a moment of significant cultural change in the relationship between the sexes. As long as Hillary bestrode the land, the corrupt bargain between the sexes was in force: women would put up with harassment and worse, with humiliation and worse, as the price for employment, wealth and access to power. There was no humiliation from Bill that Hillary would not suffer for power. There was no woman preyed upon by Bill that Hillary would not sacrifice for power. Hillary enforced the old rules to her own advantage. Now that Hillary is gone, it is possible to change the old rules.

The old rules are very old indeed. Christian eyes on the latest scandals remind us that the lessons of Genesis have not ceased to be true. The fundamental harmony for which man was created has been broken by sin. And the Lord God is clear that this rupture is not only between God and the human race, but between man and woman – “he shall rule over you” – and between man and the natural order – in toil shall work be done, in pain shall children be born.

The struggle to live out the truth told in Genesis that all are created in the image and likeness of God is an ancient one. It is only recently that equality between the races has been widely acknowledged in Christian cultures, despite theological reasons for doing so that are ancient. Equality between the sexes is more recent still. The scandals of recent weeks illustrate that education, wealth and power – all of which Bill Clinton, Bill Cosby, Harvey Weinstein, Bill O’Reilly, Roger Ailes had in spades – is not a remedy for a moral blindness that does not see the other as made in the image of God.

The last few weeks are likely a step forward to better relations between the sexes. Fear of God might not keep Charlie Rose’s pants up, but fear of denunciation and disgrace might. Yet eventually it is the moral argument that needs to prevail, as it did on matters racial over the past two centuries.

Reckoning, recriminations, even revenge, is in the air. Understandably so. What is needed – what is always needed – is redemption, which grants the grace of repentance and reconciliation, and the virtue to sin no more.