As political catastrophes go, the blackface scandal is, as the expression goes, a massive banana peel.

Now the Tally Man has arrived to make an accounting. Daylight come, as the prime minister once blackened his face to sing. Perhaps he still does – sing the song, I mean, not the blackface. But then he “is wary about being definitive” about how often he put on the “make-up” so maybe he has got out the burnt cork more recently too, perhaps on one of those Caribbean vacations where the spirit of Harry Belafonte beckons.

Is our prime minister a racist? He says now that he did racist things once upon a time. Herewith the considered position of Her Majesty’s first minister for Canada: Racists do racist things, but not all racist things are done by racists. Some people might do racist things out of ignorance or immaturity, as the prime minister now explains. It’s plausible. Many people, even in the Liberal Party, would be open to Justin Trudeau convincing them that he was ignorant and immature well into adulthood.

Racist? Perhaps not. There are some political accusations that the prime minister is a hypocrite and dissembler, as seemingly supported in the SNC-Lavalin case. The ethics commissioner said as much, having issued a report to that effect.

So has our political moment changed now that we have seen the photo of Justin Trudeau in Aladdin get-up, blackened hand planted on the young woman in front of him? Blackface and creepy is a rare combination, exclusively available to those parents who drop 20K for an exclusive education at West Point Grey in Vancouver. 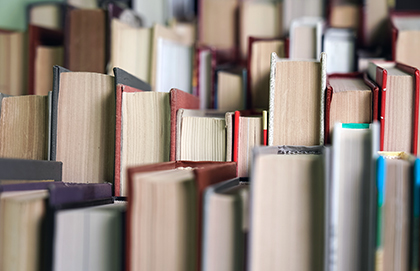 Trudeau in blackface will have consequences, no doubt. Just imagine the protocol officer who sends out those invitations that routinely indicate “national dress” is welcome. Such awkward things will now have to be avoided. Whether blackface Justin is less politically potent than sunny-ways Justin is of great consequence to him, less so for the country. But it might change our politics.

Trudeau admitted that he diligently kept his fondness for blackface – it seemingly extended for more than a decade – from the Liberal Party minders who were vetting him as a candidate. He was “frankly… embarrassed.” Which is rather the point of the vetting, to get at the embarrassing bits. So he deliberately hid it then, and ever since, even when his advance men brought in the costume designers for his sartorial tour of India.

Even as his campaign devoted enormous energy to opposition research into the past of rival candidates, he kept silent about his own past

Even as his campaign devoted enormous energy to opposition research into the past of rival candidates, he kept silent about his own past. Let us speak, as the prime minister belatedly has decided to do, “frankly.” Ever since the Virginia blackface scandals earlier this year – the governor and the attorney general went the full Trudeau in the past – Liberal Party operatives from top to bottom have gone to sleep dreaming of finding a few blackface images of Conservative Party candidates. It would be the holy grail of dredging up the past to discredit opponents in the present.

But fond hopes notwithstanding, all they could find was Andrew Scheer agreeing with Hillary Clinton on same-sex marriage back in 2005. So they went with that, and that another candidate was once friends with Faith Goldy, who did not wear blackface like Trudeau, but may have had friends who might be cool with it.

Now the Liberal hypocrisy has been exposed, their handwringing over “inappropriate” remarks made by others when they were teenagers shown to be completely hollow. They can spot the disqualifying racist gleam in their opponent’s eye, and entirely miss the blackface in their own. Harjit Saijan and others will abase themselves explaining why it is different for Trudeau, but only at the expense of their own credibility.

Canadians were promised a campaign about nothing in particular, with the governing party’s principal argument being that the Conservatives were unfit to govern because they are intolerant bigots. Now Scheer says Trudeau is unfit to govern because he has done racist things, but with greater plausibility according to the prime minister’s own public (not personal) standards. Perhaps this might mark a diminution, if not an end, to that kind of mud-slinging politics. That would be a welcome outcome from this political moment.

The prime minister has learned, painfully, that if you throw enough mud around some of it might stick – on your face, on your arms, on your hands. It might even blacken a reputation carefully cultivated by keeping the past in the dark. But daylight come.

Just in Time Books on Justin