Thanks to the cosmic radiation that gave the Fantastic Four their powers, Mister Fantastic’s entire body is highly ductile, pliable, and resilient. He can elongate any part of his figure remarkable distances and his all-around malleability allows him to alter his shape in unusual ways. This ability to stretch is germane to Reed Richard’s mental prowess. His elasticity has been compared to the fluidity of liquid in the context of describing the powers of the Fantastic Four as analogues to the classical four elements, where he represents water (and the Thing, earth; the Human Torch, fire; the Invisible Woman, air). The view that water is the basic essence of the universe lies at the beginning of both the Greek philosophical and Biblical traditions. It was explicitly held by Thales, the first philosopher, and Genesis 1 also seems to suggest that the existence of universal waters predated God’s creative activity. So, Reed’s being like water suggests a living, direct, and personal correspondence with the source of all that exists—a correspondence that might, in keeping with science understood in its ancient and contemplative sense, grant him access to knowledge of the whole.

Mister Fantastic represents a personal commitment to something that transcends our existence as political animals—the pursuit of truth. He was the smartest man in the Marvel Universe even before he gained superpowers. When he acquired the power to alter the shape of his body, including his brain, he undoubtedly became exponentially more intelligent. As a modern man, his scientific endeavors proceed along technological directions. Reed’s personality is equanimous, but his version of the contemplative life cannot be described as tranquil. Given that his particular mode of truth-seeking involves going on adventures and conducting extraordinary experiments, it is not surprising that he runs into a lot of trouble. Those dangers come from the entities he encounters on his escapades, of course, but also from envious, resentful rivals who hope to take him down a peg by pitting their intellects against his, challenging his technology with their own. Thus, as befits a comic book character, Reed’s life involves a significant amount of action for a man so governed by his brain. Johnny Storm’s accusation in the 2005 Fantastic Four film—“You always think; you never act”—is unfair; although, if Reed had his choice, he’d rather be thinking. He is not concerned with honor and glory, although he appreciates the respect of other supergeniuses. It is lucky that he also shows consideration for innocent bystanders, since his experiments attract a lot of them. Presumably he knows that his ability to keep doing what he does depends on not earning a reputation for causing excessive collateral damage all across Manhattan.

Given his commitment to seeking knowledge, Mister Fantastic’s ability to stretch his body is metaphorically apropos to his principal natural superpower, his intellect. A mind cannot be philosophical or scientific unless it is flexible: plastic enough to absorb new impressions; malleable enough to adapt and expand; able to work its way through or around any obstacle and capable of accessing difficult-to-reach places; but then also capable of reintegrating, recomposing itself, without losing all coherence. A person who seeks wisdom is motivated by wonder, possesses a spirit of openness to novelty and the unexpected, and feels gratitude when corrected. He follows wherever reason and the evidence take him and does not impose his own preferred conclusions on things prejudicially. He must be prepared to look in places that others fear to look, willing to entertain conclusions that were not preapproved, and ready to change in ways that others might find embarrassing or disturbing. A protean quality akin to what Reed’s body exhibits is necessary in a philosophical mind.

Reed respects the order of the cosmos—even when it seems incomprehensibly mysterious and even hostile—more than he values the lives of all living beings. This was evidenced when he saved the life of the world-eater, Galactus. The whole truth exceeds merely human priorities and perspectives. Reed’s willingness to respect the limits of his own knowledge and allow Galactus’s continued existence does not, however, prevent him from stopping Galactus from eating Earth. But Reed’s partiality to humankind needs some explaining then, doesn’t it? Can his solicitude for other members of his biological species be accounted for on purely rational grounds? 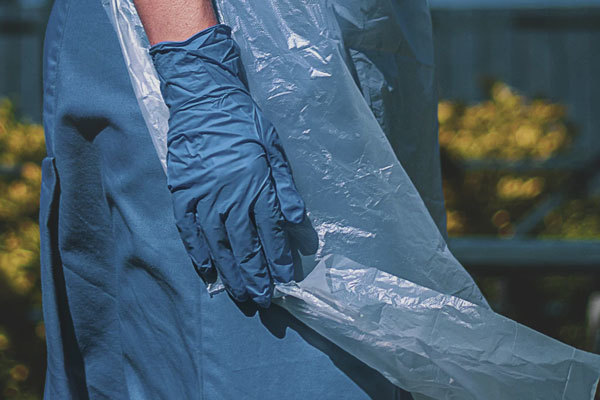 His beloved wife Susan, the Invisible Woman, is an extraordinary hero in her own right, wielding the power that would most lead people into temptation and allow them to get away with wrongdoing, and yet she only uses her power for good. She is also the most giving, modest, kind, and longsuffering spouse to be found in comic books. That Mister Fantastic is familiar with love suggests that reason recommends love, even if it cannot always account for the emotion. Reed’s morals are conventional and not particularly galvanizing. It is his relationships with his family and friends that keep him grounded. Reed is at his best when he is sharing his inquiries and discoveries with other remarkable persons whom he admires, such as Tony Stark, T’Challa, and Hank Pym, or when he is cultivating the curiosity of his children or mentoring other brilliant young people in the Future Foundation. Meanwhile, Sue ensures that he doesn’t retreat entirely into the world of the mind. Like Reed, those obsessed with reason ought to be aware of reason’s deficiencies—or the conditions of our existence that render rationality alone insufficient for our well-being.

The Fantastic Four is called Marvel’s First Family. They accompany Reed on his truth-seeking missions; their personalities and abilities complement his, and his adventures would not succeed without their assistance. His own successes would not be so worthwhile without his family to share them with. He ascends to truth through family, you might say, and from truth back to family. Reed’s love for this family rivals his love of truth, and his solicitousness for the rest of humanity is a tertiary concern.

It may seem that Reed’s commitment to his family is in tension with his commitment to science, given that science is universal while family is particular. Modern enlightenment morality emphasizes universals, finding partialities potentially unjust. From a cosmopolitan perspective, borders are bad and taking care of one’s own is morally suspect. But Reed has more humanistic knowledge than he lets on. His commitment to family exposes the ideological nature of modern trends toward universals. Given the kinds of creatures we are and the kind of world we find ourselves in, it is irrational to forgo partial relationships and seek indiscriminate attachments to all. Relationships of love, which are always personal, must be cultivated in order for us to live well. That is a universal fact about humanity: We are essentially partial beings who can only know so many people and be known well by only some few others in return.

Reasoning about the human condition reveals the need for love, for friendship and companionship—in addition to and beyond our need to cultivate just communities, such as Captain America works toward.

Reasoning about the human condition reveals the need for love, for friendship and companionship—in addition to and beyond our need to cultivate just communities, such as Captain America works toward. Captain America is frequently frustrated by the fact that that he is not only too noble for America; he is too noble for his own good, and it prevents him from finding happiness. America, the thing that Cap loves, cannot love him back. It is often playing the harlot and letting him down. Truth, the object of Mister Fantastic’s attention, plays hard to get, but it never disappoints. His family and friends, the objects of his affection, are always there for him, too—although he can become neglectful of them whenever he gets lost in his thoughts.

Of course, Reed wonders about whether and how the world might be fixed, and even tries to diagram it out as an intellectual challenge—but he is no reckless revolutionary, nor is he a prophet of some singularity that shall swiftly save us all. His awareness of the complexities of human nature and global systems restrain him from putting any master plan into effect. The stakes are too high to attempt anything as ambitious as social planning without being sure. In the end, he remains reconciled to an imperfect world. Imperfection is a given in the world, anyway, a fixed condition of our existence. It is also a condition of the possibility of freedom and love among human beings. For these reasons, reason recommends showing it due respect.

The Necessary and Essential Difference Between Essential and Necessary

Of all the things the COVID-19 crisis has meant, Travis Smith argues, its means to distinguish between what we necessarily need and what makes us essentially human.

Father Tim McCauley reflects on questions of human dignity and respect as prompted by ever changing "summer fashions." Do you have a stance, opinion, perspective, or experience that relates to the conversation surrounding modesty? Add your voice to the conversation.