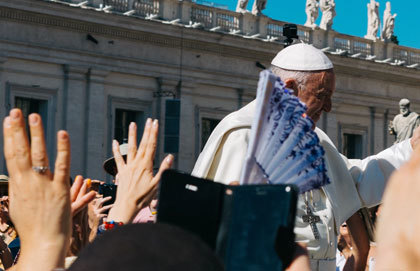 The lazy, hazy days of August have been anything but on the Catholic news beat. The issue of priestly sexual abuse has returned with the intensity of a late summer forest fire. That’s not haze from the bright sun shimmering on a hot day, but rather the smoke from the burning fury that so many feel that it is happening again.

Still. Whether historic or current, the sin is real and the pain is real. Other parts of the world seemed not to have learned the lessons from that first major experience at Mount Cashel in Newfoundland 30 years ago – and in other places since, including Ireland and Australia. The news from Chile and Honduras demonstrates this.

And then the incendiary accusations made by the former papal ambassador to the United States, Archbishop Carlo Maria Viganò, accusing Pope Francis of complicity in the case of former Cardinal Theodore McCarrick. It’s all rather overwhelming, so I thought I might this week include a roundup of what I have written, some of it here at Convivium, but also pieces elsewhere.

It’s not a happy subject, not for the victims who revisit their betrayal, not for the faithful Catholics who are rightly appalled that some of their shepherds turned out to be wolves, not for those who lament that the truth of Christ and His saving gospel can be obscured by, in the memorable words of Cardinal Joseph Ratzinger in 2005, the “filth in the Church.”

About the explosive “testimony” of Archbishop Viganò, I had this comment at Convivium last week:

On the character of the Viganò letter, our publisher Peter Stockland had, in my view, a unique contribution to make in the torrent of commentary. He was rather sceptical of the claims made. Viganò makes serious charges that must be investigated, but he is also, in part, reckless and irresponsible, skirting slander. Why would he do that? Peter in The Catholic Register helps us to understand the mind of aggrieved whistleblower, who explodes after waiting too long to be heard. Yes, the Viganò testimony was explosive, but also from a man exploding with frustration.

I had a little explosion of my own when the news of Theodore McCarrick came out. At the National Catholic Register I imagined a letter that a fellow bishop might send to McCarrick: 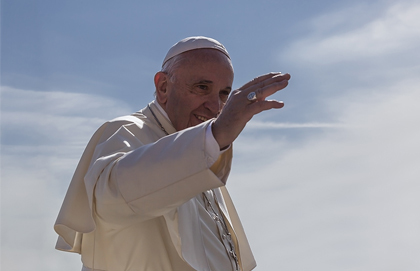 It was an angry letter, not my usual style. So I explained here at Convivium why it is sometimes right to write with wrath:

But I have not only been angry. In fact, I argued that in the face of crisis, it might be time to turn down the temperature, again at the National Catholic Register:

Not to avoid reform, because reform is certainly needed and already coming:

Nor does it mean that a thorough investigation, balanced and comprehensive, is not necessary. I have argued for just that in the Catholic Herald, sorting the wheat from the chaff in the Viganò charges:

Which will be a delicate matter, to balance the imperative to be transparent with the keeping of necessary confidences:

Enough? Likely too much. Time, and the many more commentaries that remain to be written on this deeply troubling issue, will attempt to tell.

I look forward to writing on other topics, but we are a long way from being finished with this one. In the words of the psalm: How long, Lord? How long?