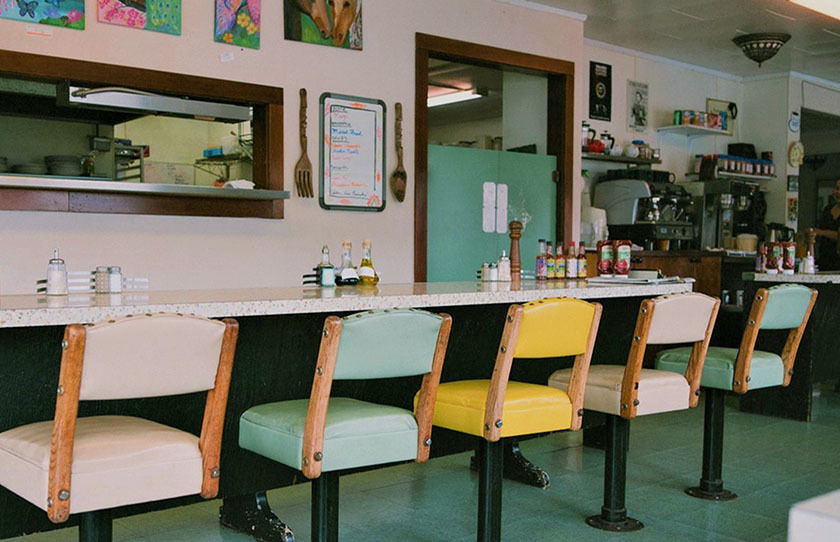 Polarization, despite having become a major buzzword in recent years, can be a tricky thing to study. This isn’t due to a lack of attention: concerned essays appear almost weekly in major journals, sites and magazines.

Analyzing, decrying or justifying polarization, it seems, has become something of a minor cultural industry. Yet finding concrete data on the subject – much less drawing conclusions or trends – has proven more difficult.

That said, at least for anyone who prefers data over personal essays, anecdotes or theorizing, this past spring has been generous indeed.

In February, the Public Religion Research Institute (PRRI) and The Atlantic released a study on pluralism and polarization with plenty of compelling statistics to crunch. You can read a summary of the findings but be warned: they may be somewhat less than optimistic.

Most respondents claimed to prefer avoiding people who hold opposing political opinions. Less than half admitted to ideological diversity among their friends, and only 39 per cent reported it in their families. Nearly three-quarters of the respondents’ encounters with the ‘other side’ happen at work.

In other words, contact happens in large part when it becomes unavoidable.

Other illuminating observations: nearly one in five respondents described their encounters with people of other political allegiances as being negative. Increasing amounts of Democrats (45 per cent) and Republicans (35 per cent) would be upset if their children married across political lines.

While some Americans prefer living in bubbles of their own devising, many aren’t even given that choice: the ideological diversity of one’s surroundings is often defined by where you live or study. That and culture war, these days, has become more associated with one’s identity than with formerly-central issues like abortion or gay marriage.

While some of us north of the border might look at the situation in the United States with bemusement, we are nonetheless presented with a harrowing challenge. How can we identify the small-scale institutions that strengthen civil society against polarization?

In short, people’s lives are growing more polarized and their exposure to political and ideological diversity is shrinking.

In an interesting aside, religious and community groups are given special mention. Although, corresponding to the trend, fewer and fewer respondents were encountering political diversity at local services or sports games. This is of particular concern because “traditionally, researchers have seen these spaces as places where people can build strong relationships and practice the habits of democracy.” 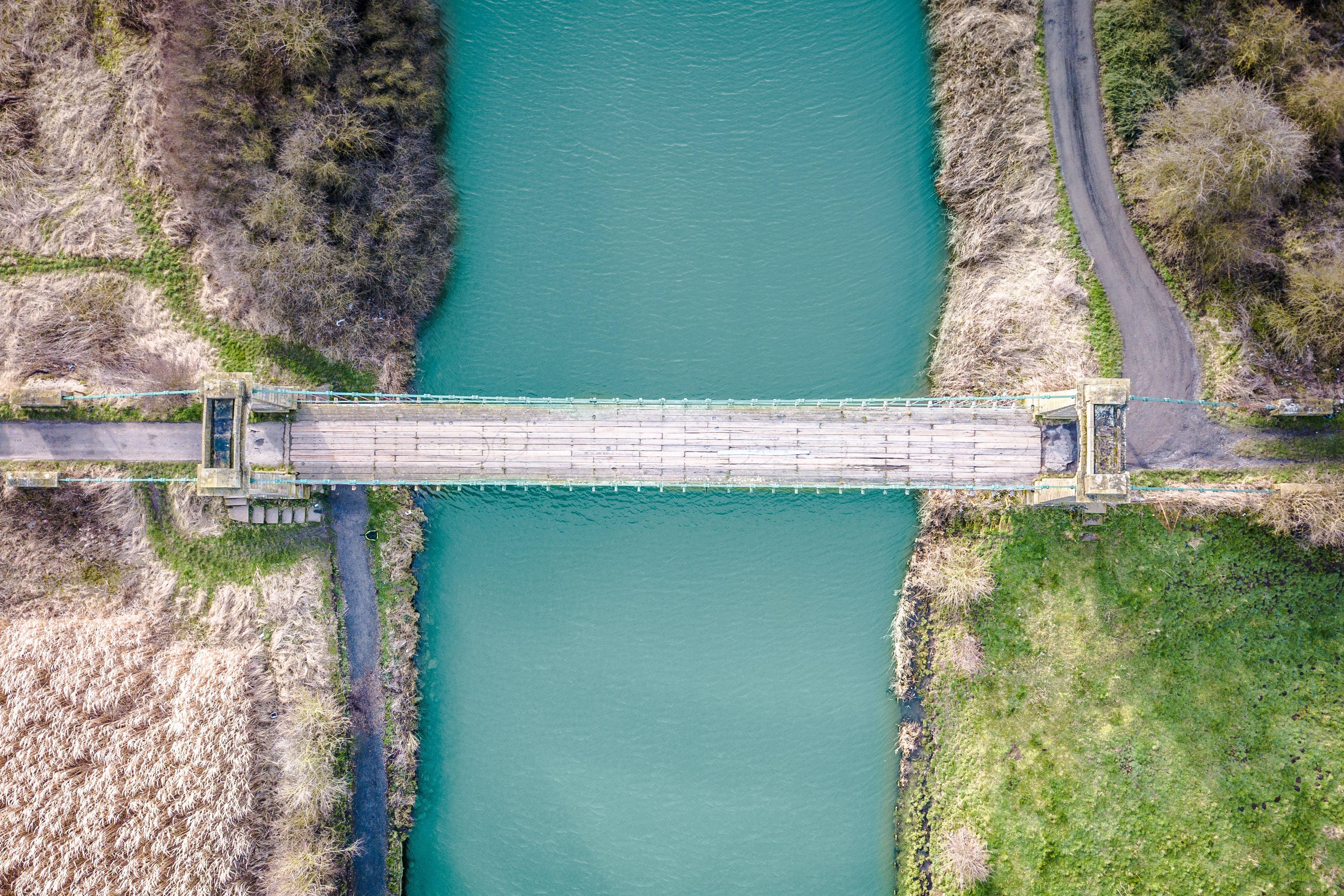 It’s this eroding of “the habits of democracy” that has so many worried: these articles link the weakening of civil engagement and dialogue to an increasing vulnerability to tactics politicians (including, but not limited to, Donald Trump) use, playing groups off one another in order to garner electoral support. As a result, our ability to live, create and operate in a common public space grows weaker. We start keeping large portions of the population at arm’s length, and this quickly leads to disengagement, stereotyping and, in increasingly common situations, demonization and civic anxiety.

This would be a dour picture if there seemed to be no way out, but there’s another set of emerging data: recent analyses of American townships where civic and civil engagement haven’t been disappearing. The success that communities like Oostburg, Wisconsin and Watertown, New York have in maintaining cultures of democratic engagement not only provide a refreshing break from depressing datasets but actively suggest something of a potential roadmap to civic recovery from polarization.

Oostburg, as reported in Politico, is a conservative-leaning community that nonetheless resisted Trump’s polarizing rhetoric during the Republican primaries. As compared to the overwhelming support the current president won in other parts of the state, in Oostburg he only scored fifteen percent.

What Oostburg has, and what many towns in America have lost, is precisely what was identified in the PRRI data: small-scale institutions of civil society. Think country clubs, good schools, active church communities, accessible local government or, specifically, a local diner called Judy’s Place. The village is “knit together by the kind of community institutions and civil society that have disintegrated in most of the United States in the past several decades.”

The piece warns elsewhere that “people enmeshed in strong communities rejected Trump in the early primaries while people alienated, abandoned, lacking social ties and community rushed to him.” In the absence of institutionalized community, the data suggests, belonging and well-being suffer. Isolation increases and the social web that prevents extreme polarization disappears.

This social web is profoundly present in another town that’s been the focus of recent attention: Watertown, New York. According to data released by polling and analytics firm PredictWise, Watertown is nestled at the center of the most politically tolerant county in the United States. In another article published by The Atlantic, the reasons given for this achievement are familiar: active churches, strong schools and an absence of the kind of anonymity provided by social media. Fred Garry, minister of the local Presbyterian church, describes how he maintains what is unthinkable in most parts of the United States: a politically diverse breakfast and book club.

“Once you’re fed and with friends,” he says, “you’re a better person.”

Food, perhaps unsurprisingly, is followed by nuanced conversation: “We talk about [complicated issues] long enough until we realize how much we don’t know...once you realize what you don’t know, the honest conversation comes out.”

Another example of the profound connections that can bloom in ideologically diverse communities is that between Ann Sudduth and Ann Van Slyke, the respective organizers of local pro-life and pro-choice advocacy groups. They admit to having completely opposing views while maintaining a vigorous friendship. Their secret, as it were, nearly seems all-too simple: “You know, we know each other.”

And this, perhaps, is the real takeaway: a deep, nuanced, patient knowledge of the other may be the true antithesis of polarization and demonization, which in turn is fostered by a rigorous culture of small-scale institutions that allow for points of authentic between people across the political spectrum.

While the situation in the United States may seem to some to be too far gone already (there are arguments that the country is more divided now than at any time since the civil war), this data continues the powerful work of changing the narrative from ‘America’s not great because of globalization or immigrants’ to ‘America feels lost because the institutions that strengthen communities (and foster dialogue) are disappearing.’ Whereas the former creates an ‘us-vs-them’ story that pushes vulnerable groups further towards demonization and conflict, the latter opens the doors to positive dialogue and deep engagement with the other. Which, at this point, may very well be what the doctor ordered.

While some of us north of the border might look at the situation in the United States with bemusement, we are nonetheless presented with a harrowing challenge. How can we identify the small-scale institutions that strengthen civil society against polarization? How can we provide spaces for genuine contact between people with opposing political views? And can we achieve this before both disappear in the midst of a future cultural crisis?

Civic engagement and infrastructure building form only one approach to how group dynamics affect well-being and democracy. In an upcoming, second part in this series, we’ll be exploring how recent psychological research contributes to our understanding of when group formation contributes to the building of public life and when it becomes an obstacle to the same.