I am a woman who grew up in an evangelical world that both directly and indirectly taught me that a man’s word must be honoured and submitted to.

I am a daughter whose Father valued obedience without question. I was to listen at all times, ‘be seen not heard.’ When I fell out of line or acted disobediently, wrath quickly followed.

I was a Bible college student in a world where people who heard God tell them to move to a foreign country and become missionaries leaving all worldly things behind, were put on pedestals.

I am a Western Protestant; the spirit of rebellion, critical thinking, and ‘disobedience’ is rooted deep in the bones of the Christianity I grew up in - shout out to the man himself, Martin Luther.

So, suffice it to say, I immediately had an influx of emotions and feelings when I began to read Saint Benedict’s chapter on obedience. To add to the anxiety, it became quickly evident that obedience for Saint Benedict is something inseparable from community. The image of God in our fellow humans is to be honoured and heeded. Insert freak out here.

Our relationships with humans, the very created beings that are made in the likeness of the image of God, is – for better and for worse – what determines how we perceive and respond to the authority of God, and those God has appointed to have authority over us.  Our hurts and joys shape the way we listen and take heed of the suggestions and advice they offer. I quickly realized that the above baggage (both personal and societal), has long informed the way I understand and walk in obedience to God within the context of community.

A spirit of obedience then is cultivated through persistence, attention, and dedication, much like a community garden.

So obedience for Benedict is something that is inseparable from community. And if we moderns are entrenched in a society that has set us up to be individualistic creatures subject to nothing but our own whims and ‘truths,’ and reeling from relationships that have hurt us in life altering ways, then how in the world are we supposed to walk in obedience to the likeness of God in others?

One word, not to worry it’s not as dirty as the last: SPIRIT.

Monasticism, as Benedict sees it, is a way of life, a way of being. Obedience then, along with the other tenets of his Rule is no different. 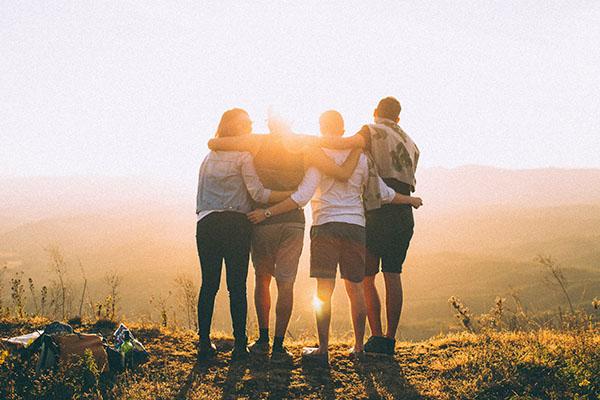 It isn’t something to check off a list at the end of the day.

It isn’t something we look back and think “Oh great, I was obedient to my boss, my Priest, and my best friend this week; I am one step closer to being the sort of Christian God wants; less of the world and more just in the world.”

If you are anything like me, that’s where my mind immediately goes. But this is not what Benedict wants. He isn’t interested in compliance. Obedience is a spirit that informs the way we see ourselves, and interact with those in our community. Living in the spirit of obedience sees the image of God in others and gives us the “ability to hear the voice of God in one another - in the members of the community both old and young; in the person we married and all of whose aphorisms we know by now; in the underlings and children; in the old parents and boring in-laws.”

Great, so Benedict suggests that it is beneficial and even Biblical to walk in a spirit of obedience with one another, so much so that it is one of the first tenets of his Rule. Now what, you ask?

In a society so concerned with preserving your own truth, individuality, and listening/following your heart, how in the world are we supposed to cultivate and walk in a spirit of obedience? Sell all your things, Google your nearest convent or monastery and go say your vows? Now wouldn’t that be the easy way out?

All joking aside, unfortunately, this easy way out (and, yes, it would be the easy way) isn’t the answer.

It takes time, hard work, and heart work. Although Benedict upholds the importance of immediacy when it comes to obedience, to even get to the place where we can hear the voice of God in others and then implement the suggestions and commands in a timely manner, we must till the soil of our souls so that it might be soft enough to receive the seeds wisdom and sometimes painful hands of the gardeners (that is the many different people in our community) in our lives.

So how do we begin to soften the soil of our souls to become a piece of land ready for growth? Unfortunately, there is no formula. Even Benedict is careful not to simply offer a series of exercises to complete in order to make yourself feel a bit more pious and less guilty. That’s not the answer most of us want to hear.

As I adventure through the Rule of Benedict over the next few months and reflect on his suggestions for the monastic life I think it will become more evident what is important for our attitudes to change and become more malleable and our spirits more obedient.

For now, I would like to offer a few practical things that have allowed my own spirit to become a little less hard and a bit more malleable ­– obedient if you will.

Take stock of your soil. What kind of state is your soil in? Is it dry, weedy, neglected? Is there even soil visible? Or have structures and other such things been placed on top of it making it difficult to even get to what is underneath? If we don’t begin with an honest look at what state our souls are in, what kind of attitude we bring to our conversations and interactions with those around us, we have little hope of moving forward into a spirit of obedience.

Tend to your soil. What does it need to be a land ready for growth. I needed to identify the rocks and weeds in my life that were deterring the gardeners in the first place. I then needed to remove those barriers in order to make room for the soil itself to be tended to.

Water and till the soil. Once the soil was free of that which hinders it was vital to water. Drenching my soul in Scripture and truth from those I trusted moved me from a place of hardness of heart to a soft spirit willing to accept the kneading and tilling hands of the various gardeners in my life.

Don’t be misled, however: it is hard work. I continue to have to be tilled and encouraged and rebuked. There are often times where I forget to tend and my heart and mind become hard. Being obedient to those around me feels more like drudgery than it does growth and flourishing. But when you finally enter into this new spirit of obedience, your soul becomes a place of growth for beauty and life; a source of food and pleasure not just for the sake of the garden itself but for the flourishing for the community around it.

A spirit of obedience then is cultivated through persistence, attention, and dedication, much like a community garden. Therefore, friends, may God have mercy on your own journey of cultivating a spirit of obedience that you might exist for the flourishing and growth of others in a society so concerned with the preservation of the self.

John D. O’Brien, S.J. reviews Rod Dreher’s The Benedict Option citing its value in igniting conversation, observing also the ways in which Christians might at once be different from and love the world at the very same time.