It’s tempting to ascribe intentionality to the actions, words, and deeds of others in order to preserve the notion of morality. For when others act intentionally, it’s understood they’re acting morally.

To act intentionally is to act in a way that rejects subversion, since the intention always arises and is deployed as the result of some prior reason. This reason can, and often is, articulated; it’s a way of living so that you have an answer for everyone. And since this reason or answer can be articulated, it’s understood that people are transparent; namely, that there’s a prior intention, and a subsequent action.

The problem with this formulation is that it is inherently subject to interpretation. It can be powerful to assume that people are incapable of good in themselves. It takes a skilled interpreter, though, to determine whether a person is acting with a good versus an evil intention. For aren’t the actions of others evaluated in terms of our own ends? Plato, through the Dialogues argued, against this type of interpretation, which assumes that good actions are ones that are good for me, while bad or even evil ones are the ones that do not serve my purposes.

Deconstruction as a school of thought argued in the ’60s and ’70s that it was a mistake to understand a text on the basis of its author’s intentions. Meaning, deconstructionists argued, has nothing to do with what an author intends for us to read or see or hear. So why presume that there is one way to understand a text, when meaning – and therefore our intentions as readers – constantly slips from one signifier to the next? In other words, why interpret when the meaning of a text is apparent for all to see – regardless of an author’s intentions? 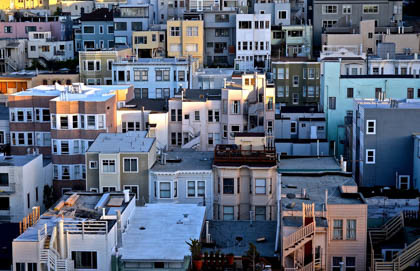 The problem with understanding a text in this way is that it can, in the words of a French theorist, “defend poor readings – or no readings at all.” And who is to say that people always act in an intentional manner? Perhaps their actions or words or deeds are simply motivated by desire – or a complete lack of thought altogether. Absurdity, thoughtlessness, and carelessness are but a few examples of this latter category. The prospect has led more than one person to conclude “that people are less moral than they appear, and more moral than they believe themselves to be.” It could be that people profess to believe such things because they find that stringent morality is a difficult and oppressive master.

That doesn’t imply it’s better to ignore morality, whether my own or that of another person, and act in any way that we please. But if we understand that people are unable to do good of themselves, we can safely conclude that people seldom act with good intentions. And for good reason since “good intentions are inevitably punished.” It could mean that people routinely intend evil, or that we are incapable of good aside from the redemptive work of grace. But it certainly doesn’t mean we will find salvation by acting deliberately, or by methodically intending our next action. At best, this conveys the appearance of morality, without being moral in substance.

In fact, acting in such a way may simply be an attempt to avoid ceding moral authority to others. But what is a person left with if the intention is simply to remove morality from the equation altogether? To show that others are immoral does not lend me any sort of moral authority, and certainly does not authorize immoral behaviour. To imagine that freedom can be achieved by dispensing with morality? This is a sign that someone has deceived themselves not with respect to their intentions, but with respect to the ends to which they are directed.

In the Bible, when the Lord talks about Job to Satan, he says that Job is a man who ‘turns away from evil.’ This is an interesting phrase. It’s impossible to turn away from evil without first recognizing it. And what is evil, in Job, are not all the terrible things that happen to him, or even the advice of his friends. What is evil, in Job, is the temptation to curse and reject God. The book of Job is a record of his struggle, to reconcile ‘what happens’ with the character of a great and awesome God.

Job does not intend to become that person. And for Job what’s right, and what he is required to do, has little to do with the intentions of others. He clings to a difficult salvation through a period of great testing. When we’re tempted to think of others (or ourselves) as a kind of ‘project,’ when we are pushed to the limits of what we can endure, then we should remember that salvation will never be found in the intentions of another person, no matter how good those intentions might be.

Yet this should not lead us to despair of intentions, whether our own or those of others. Nor should we neglect, overlook, or forget our own intentions, which could be as general as ‘the good life’ or as specific as a dinner with family or friends. Similarly, it should not lead us to avoid the intentions of others, no matter how vexing or difficult they might be. And it’s not only because a moral intention avoided tends to assert itself at some later time. All of these things, rather, point to another solution, a more complicated one, one which ‘thickens’ conversations that otherwise would situate intentionality within an overly simple and transparent context.

No, what we might discern in such exchanges is that they force us into a choice: the choice of meeting or denying expectations; the choice of affirming the moral character of an intention or negating it. What, in fact, is needed, is an art capable of determining whether a given intention is moral; that is, whether it is directed towards the good, the true or the beautiful. Only then would it be possible to ‘turn away from evil,’ and to choose and intend that which is beneficial for others – and ourselves.