Much has been made of our current “Golden Age” of prestige television. Vanished from the conversation are the airbrushed bachelors and real housewives of yesteryear – today’s TV benchmarks are lighthouses of narrative complexity, psychological depth and emotional subtlety. But they’re also really, really dark: violence is rampant (and unpredictable), characters regularly face the guillotine and trauma is just something that happens. Which begs the question – is this harsh emotional landscape really that much of an improvement on reality television’s tedious superficiality?

In a word: absolutely.

Yes, prestige TV might alienate large swathes of viewers with their depressively high stakes, but one can’t escape the sense here that human life matters. Just as in reality, choices have consequences and virtue comes with a price – the big shocks that come round every season find their mark precisely because we’ve invested, and invested heavily, in a set of imperfect, stumbling, not-immediately-likeable characters. Human value, it seems, has launched a formidable comeback.

And it’s not just a question of value or worth – nuance in all its forms has made a welcome return to popular art, giving us a TV landscape unafraid to dig deep into their protagonists’ insecurities, awkward moments, fears, unguarded joys and, often, controversial perspectives. Which, in a polarized world, is increasingly radical. We’ve seen, especially since 2016, the popularization of what’s been termed “call out culture” (particularly online and on university campuses), which occurs when people are empowered to publically identify and challenge discrimination or instances of perceived injustice. This is incredibly necessary and long overdue – but sometimes it has the unintended effect of shutting down dialogue when someone’s view is considered dangerous or harmful.

TV, it seems, has taken the opposite turn – look at Tony Soprano. He’s arguably the first [anti]hero of our new golden age and regularly gets name-dropped as a major game changer – he also happens to be an unrepentant racist. So why do audiences hail his run on The Sopranos as great art but condemn a stranger on Twitter for saying the same things? What’s the secret here?

We might shout Tony down on Facebook or at a political rally, but we can’t dismiss him as a two-dimensional kook once we’ve spent six seasons with him. Proximity changes how we see each other – it humanizes us and helps get past differences once thought insurmountable. When someone holds a stereotype about a religion, social class or political affiliation, sometimes it’s because they’ve never been close enough to recognize the other as human – Megan Phelps-Roper’s powerful TED talk about leaving Westboro Baptist Church is a testament to exactly this. 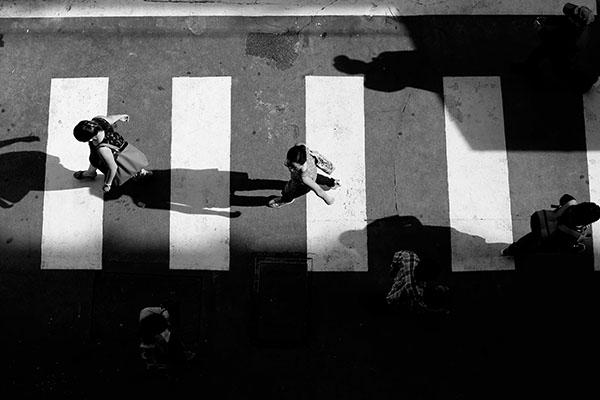 Follow the Political Science
What Work Is For
Small Talk
What’s the secret here? Dignity.

Great art is a training ground for public life precisely because it has the potentially life-changing effect of helping us understand people we have no contact with on a day-to-day level. Even if we can’t fully slide under someone else’s skin, our eyes can be opened to new perspectives, which is essential if we want to engage people in a polarized political landscape. Echo chambers get pierced and social bubbles are burst.  Once we’ve taken the threatening step of giving dignity to “the enemy,” we might be shocked with how much we have in common, or how much we’ve both come to value.

Prestige TV is a uniquely qualified medium for the task – it helps us get uncomfortably close to people for long enough that we start seeing gangsters, terrorists, murderers, corrupt politicians, bigots, drug lords and extremists as people like us, as people we can relate to or, in the right circumstances, have coffee with. Which is always the start to the kind of dialogue that changes the playing field, and perhaps few television shows commit themselves more to humanizing the "other" than FX's The Americans.

The plot is deceptively simple: two KGB officers pose as Americans in the 80's and try to balance espionage with family and friendship. But, while the thought of humanizing the KGB might have been a fairly tame idea back when the show launched in 2013 (those Cold War ghosts being long buried, or so we thought), now, in the face of our growing geopolitical crisis, it’s nothing short of heroic.

Since 2014 we’ve seen the Crimean crisis, the conflict in Donbass (East Ukraine), the worst stretches of the Syrian Civil War and accusations of American electoral interference – any public image of the Russian government’s neutrality has, to put it lightly, been laid to rest. Which means what we’re seeing now, perhaps for the first time in the history of media, is one of our most acclaimed shows taking it upon itself to humanize the citizens of country that many in the West perceive as an active threat to the post-WWII social order.

Not only is this a dynamic example of what “loving one’s enemy” might mean in the context of art and geopolitics, it’s a choice of empathy and perspective over easy political points. In our dangerously polarized era, it makes for a challenging, thrilling and nuanced approach to history as it happens – it’s perhaps prestige TV’s most risky and essential experiment to date.

It also opens up bold new avenues for relating to other groups that are seen, popularly, as threatening. Our current cultural battle lines are often drawn between groups that call each other bigots or elitists – what if shows like The Americans and The Sopranos imply a blueprint for how we can engage each other with nuance instead of fear?

What if we take the time to observe each other, to grant dignity or the benefit of the doubt? What if, in addition to giving each other space to be heard and to express ourselves, we also try to find the roots of why we believe what we do? What if we change the paradigm from us vs them to we, where proximity forces us to challenge our preconceptions about each other? What if we, taking art as our lead, actively work against the easy polarization that hinders conversation in public life? What if we work at the scandalous and bloody task of cultural reconciliation – how might our conversations, our relationships and our society be transformed?

Talk of cultural reconciliation is often put down to a type of naivety, especially when we perceive ourselves as being under threat – and many people do see themselves as under threat. Some fear the breakdown of the liberal order. Some warn against the destruction of traditions and values. Others, in various parts of the world, are arrested for protesting, forced to flee from their homes or ultimately are denied the privilege of merely remaining alive. Any kind of concession, even for the sake of dialogue, can too easily be seen as capitulation or moral compromise. Complex people, with reasons and flaws and histories and causes, are flattened into two-dimensional parodies of themselves because, well, it sits easier dismissing a parody.

And so it’s comforting that, even as the world spirals into a new, disquieted axis, there’s still space to sit down for 52-minute intervals and let humanization, proximity and radical empathy work its wonderment on our souls.

What Work Is For

The state of one's heart is certainly important, as is attention to the role one plays as a manager (most of the conference attendees were young but likely in, or bound for, management) But an overemphasis on these can lead to a view of work that pays too little attention to a theological understand...