When I was about to start church planting in Vancouver, a lovely curmudgeon of a pastor said to me, “I look forward to seeing what you will be like two years from now.” After he unleashed this ominous quip upon me I concluded I had met the pastoral equivalent of Hugh Laurie’s Gregory House. I took it with a grain of salt.

Two years have since passed and as I reflect on the past six years of church planting in Canada’s “most secular” city, my mind more readily returns to what I did not expect. As I pace back and forth through the halls of my memory, I do so ever so carefully.

I want to avoid the first six months of apprenticeship in a dying church plant, which then closed. It was when I picked up on the aroma of death that accompanies ministry. Yet no amount of spiritual Febreeze could compensate for how gutted I still am by the suicide of a friend and mentor from our sending church.

I cannot separate it from my experience of church planting. It appeared as an unwelcome midwife to assist in the birth of St. Peter’s Fireside Church in Vancouver. She still pops by unannounced to share an opinion or two about how we should raise our child. Overwhelmed, I almost burned out at the 10- month mark after launching services. I took a mandated month off and made space for grief and her handmaiden, rest. I returned to ministry with less enthusiasm but a willing spirit.

I still wish to avert my eyes from the portraits on the walls: the array of faces of those who have since left faith, even people we baptized. I want to speed past the living room that hosts the pain I caused people as our team mishandled a termination. I must tread carefully, because I am still recovering from the anxiety that turned into a few panic attacks and then severe depression. We went ahead and made most of July my annual time off.

My heart also carries a quiet and persistent ache from saying goodbye to a steady stream of people who leave Vancouver due to its inhospitable housing and rental market. We bless and we send, we bless and we send, and it is good. I have often been told that St. Peter’s Fireside was the hardest thing to leave behind. Each time I’ve been told this, I treasure it in my heart. People take our DNA with us, and have done so around the world. But sometimes it feels like we only send, and send, and we send again.

This is not the whole story, but it’s often what gets left out as we are sucked into the gravitational pull toward hype over truth. As I try to make sense of what we have done, how we have “joined God in the renewal of Vancouver,” I am haunted by how ineffective it all appears to be on the surface. But I have learned that most of God’s glory lies beneath the ground, dying, and slowly rising to new life. 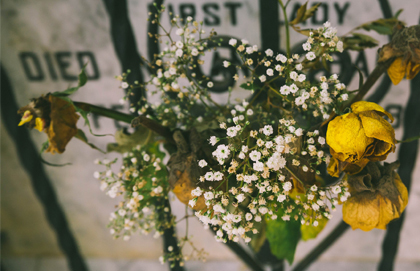 Beginning Again
The Faith to Become a Bishop
COVID Can’t Cancel Church in Ottawa Park
My vocabulary for the shadow of death has expanded to the point that I may have well learned a new language.

Like many churches, we are struggling and still discovering how to reach people in our post-Christian context. There have been a few baptisms and some decisions to start following Jesus, but nothing that resembles a revival. Our Sunday attendance grows, reluctantly so, but we now require two services. Some of our community groups multiply. Some don’t. Some cease to exist. Yet other groups offer among the most profound glimpses of Kingdom life I’ve ever seen.

We are partnered with a few good organizations in meaningful ways. Extending hospitality and love to the marginalized looks more like six to 10 people showing up to a low-income housing society to play board games with one or two residents (who come mostly for the free snacks). However small this may be, it is a remarkable beauty. Over the years a handful of these residents-turned-family have started to find their sense of home with us, just as we’ve found our sense of home with them. As I think of specific people right now, joy wells up in me.

I cannot overlook how my own struggles with mental health were exacerbated and exposed through church planting. Henri Nouwen’s Wounded Healer has become more than just a nice idea for me. We have become a church known for addressing mental health in positive, stigma-freeing ways. I cannot number the amount of life-giving conversations that have emerged from me sharing publicly and honesty about my own struggles.

Yes, through church planting, I have been broken, rundown and tired, and even disenfranchised. But in another sense, all of this has allowed me to share in the suffering of people around me: strangers, acquaintances and friends. My vocabulary for the shadow of death has expanded to the point that I may have well learned a new language. But my capacity for compassion has followed suit. I have also discovered that we do not bring joy into suffering, rather we find joy within the suffering. In these years, I have discovered a joy I had never known previously.

I have hurt more than I have ever hurt in the past six years. I often feel as if I’m limping, out of breath, wishing it was ‘easier.’ In a city convinced of its own self-sufficiency and goodness, enamoured of all its natural beauties, content with Charles Taylor’s imminent frame, it seems we’re buried in cultural irrelevance — and I want relevance and visibility, damnit!

I nurture a secret delusion that if we saw more tangible, measurable results the hurt would evaporate and I would feel we are finally making an impact on our city. But the truth is closer to this: the Gospel in Vancouver is like a seed dying in the soil. Life is germinating in the soil of our struggles and it seems, at least to me, ready to emerge. But I am at best an impatient gardener.

So, how is the Church doing in Vancouver? It depends on whom you ask.

So, how is the Church doing in Vancouver? It depends on whom you ask. Some are optimistic with a hint of triumphalism, and others are pessimistic, edging toward despair. As for me, I’ve stopped trying to answer this question. Only the Lord knows. I suspect he is enamoured with the Church’s beautiful resilience — this hot mess of grace — correcting her missteps, and preparing her for suffering and joy.