It has not been easy to capture the attention of donors in 2018.

Actually, the same has been true for the past decade in charitable giving.

It seems as if with every passing week there has been a new celebrity campaign for world hunger, a new appeal for natural disaster relief, and another pressing cause to get behind.

The overwhelming feeling is that there is so much to "fix" and so little funding to support it.

As people are bombarded with noise on social media, subway cars and TV, the reality of donor fatigue begins to set in.

Google defines donor fatigue as “a lessening of public willingness to respond generously to charitable appeals, resulting from the frequency of such appeals.”

As sound bites of devastating news resound, people are left feeling helpless in the face of such high need. They are met with the realities of their own capacity to give, or lack thereof, and feel altogether confused or, worse, paralyzed.

Can I even make a meaningful difference in today’s world? If I give today, will I be asked for more tomorrow? How do I know to where God is calling me to give?

Can I even make a meaningful difference in today’s world? If I give today, will I be asked for more tomorrow?

These are the questions cropping up in our hearts and minds as we wade through the brokenness of the world, desiring to make change but uncertain of how to do so.

Christians are especially implored to give out of a cheerful heart. The cheerful giver, we read in 2 Corinthians 9:6-7, is the person whom God loves. Within the current charitable ecosystem, however, the pressures to raise funds and the fight for donors has begun to drain the joy out of what should be a holy moment.

Kent Annan’s book Slow Kingdom Coming speaks to this emerging dynamic. Annan implores us to resist the breakneck pace of charity in today’s age, warning us that sometimes, we might be rushing past the slow task of Kingdom restoration where the Lord truly does His work. 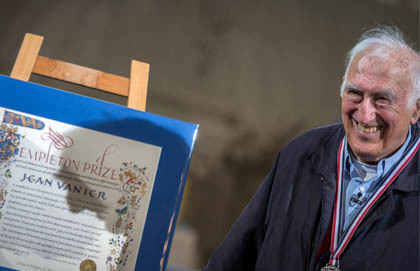 The core application for the contemporary Christian donor is that we must seize the opportunity to take a proactive, thoughtful, meditative, approach to Kingdom work. Too many who work in the charitable-philanthropic sphere are reactive and rushed, pushing ahead agendas without questioning their impact.

This, says Annan, is a response to our hyperactive world, and might actually cause more harm than good. As Annan says, “When things around us are moving too fast, we can be committed to the slow work of the Kingdom.”

Along with the proliferation of charitable programs and campaigns, donor literacy has been on the rise. The general public’s awareness of the charitable-philanthropic industry has increased in the age of digital communications.

We’re more aware than ever of competing organizations and theories of development. All of us are one Google search away from a charity’s complete financial statements. Charities with high overhead are quickly uncovered and often abandoned for leaner, more agile options.

In decades past, it seemed as if almost any charitable work was satisfactory. It’s hard to imagine now, but people once blissfully gave to church bake sales. Anyone heading on a missions trip was applauded. Today, people are second-guessing themselves before dropping change to the Boy Scouts and Salvation Army on their way into the grocery store or at the mall. “Are they good charities? Do I believe in their work?”

Today, people are asking critical questions: “Is this a Band-aid solution?” “Will it lead to systemic change?” “Are you working with locals or are you using a Western development approach?”

Books such as Dead Aid: Why Aid is Not working and How There is a Better Way for Africa, and documentaries such as Poverty Inc. have given us a look behind the curtain of the once idealized field of development. No longer satisfied with the narrative that the charitable sector is all roses, people are demanding answers that can’t be brushed aside with a 30-second commercial focused on images of children with swollen bellies.

So what are we to do?

It appears that charities and donors alike have begun to remedy the brokenness by building relationships with one another – restoring the human aspect of giving and resisting consumeristic transactions. Annan’s book encourages this approach.

“The right practices can guide you through struggles and encourage you for the long run. And faithful commitments can ensure you’re really helping the people you want to help – until God’s kingdom comes on earth as it is in heaven.”

In Hamilton, 541 Eatery and Exchange brings in supporters by hosting intimate community dinners that not only expose people to the work of the ministry but provide them with an experience of belonging. They encourage people to spend time with those they are seeking to support, not just throw money at them.

More recently, Partners International began developing a new digital platform whereby a donor can connect directly to the worker in the field online. National missionaries, organization leads, and pastors are all accessible through the platform. Think child sponsorship style letter-writing but for the digital age, and with lots more bells and whistles.

Charities are abandoning the question of how to sell their work to donors, and have instead begun to ask: “How can we help people be generous?” “What barriers need to be broken in order to assist people in living generously.”

For many, the move toward relationships over transaction has been a fruitful one. The work is slow, but the Lord is faithful in the midst of it.

So, what is the next frontier of charitable giving? Maybe it isn’t the big 10k run, formal gala or golf tournament, though those might always have their place. It’s looking like we’re moving toward a slow, relational style of giving and receiving. One where we meet each other at the table and share stories, just as Jesus did.

Canadians’ charitable donations as percentage of their income are at a 20-year low. Substituting government services in place of charitable gifts is not a worthy trend, writes contributor Matthew Lau.