Last Wednesday, a rare moment of clarity occurred in the House of Commons. Irene Mathyssen, the NDP MP for London-Fanshawe, demanded to know when the government was going to get serious about upholding “safe and equal access to abortion [as] the right of all Canadians.”

She thought it “unconscionable” that some women still had to face impediments of travel, etc., in order to procure an abortion, and took the occasion of Canada’s upcoming third periodic human rights review at the UN to point this up.

Prime Minister Trudeau responded by thanking her for raising the matter and agreed that “safe and easy access … to reproductive health services, including abortions, is of fundamental importance to all Canadians.”

This was not the moment of clarity, for the PM neglected to say what his government would actually do to make access easier. He also neglected to mention that many Canadians regard stopping abortion as of fundamental importance. As if in proof of that, thousands of Canadians showed up the following day outside the House in support of the March for Life, an annual event that the government and the press annually ignore.

No, the moment of clarity came when Ted Falk, Conservative MP for Provencher, shouted out, “It’s not a right.”

Another NDP member, Anne Minh-Thu Quach, immediately rose in reply: “What we have just heard is awful. It is a right, and everyone needs to understand that.”

Two-thirds of the House stood and applauded. The PM then spoke approvingly: “We on this side of the House, along with the NDP, understand that women unequivocally have the right to decide what to do with their bodies, and we are always going to stand up for that right, regardless of what the Conservatives think or say.” 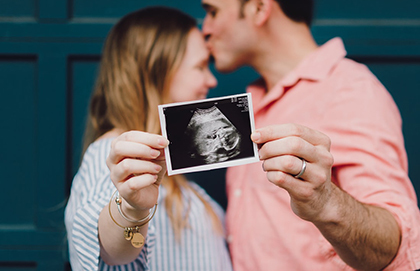 Religion Or Reason?
Dvar for Yom Kippur
Son Set On The Charter?
Now, it has been pointed out that abortion (despite many exhausting efforts) is not recognized as a human right by the UN, a fact that makes Irene Mathyssen’s remark a curiously and, indeed, manipulatively miscontexualized one.

Indeed, through the Summer Job Grants program, the PM has already made good on his promise to stand up for it – regardless of what Canadians at large think or say, whatever their party. If Canadians at large wish to be partners in Canadian society through this program, they must now publicly declare that they agree with the PM and the House majority on the matter. They must declare, in violation of their own rights, that they, too, see abortion as a human right and a Charter right.

Now, it has been pointed out that abortion (despite many exhausting efforts) is not recognized as a human right by the UN, a fact that makes Irene Mathyssen’s remark a curiously and, indeed, manipulatively miscontexualized one. It has also been pointed out that our own Charter does not recognize abortion as a right, though it does support equal access to State services. Nor has our Supreme Court attempted to say that abortion is a right, though it has said that the regulation of abortion touches on the right to security of person.

On the legal facts, then, Mr Falk is entirely correct and the PM and friends altogether incorrect. They are playing fast and loose with the law, both nationally and internationally.

Likewise with the moral facts. For abortion is not merely a woman deciding to do something different with her body – that is, to terminate a pregnancy – but also the killing of an innocent human being as the only possible means to that end. The pregnancy is terminated, yes, but so is the baby. To make that a “right” is to stand morality on its head, leaving the weaker party prey to the stronger. Or rather, it is to terminate morality along with the pregnancy and the baby by declaring a private right to kill.

It is not a defense of rights, then, but a mortal blow to rights.

It is a very serious matter for the PM and other members of Parliament brazenly to misrepresent the law. It is still more serious for them to attack the foundation of rights – the inherent dignity of every human person – in the name of rights.

I have no hesitation, however, in calling this a moment of clarity, even if it is one from which many in the Conservative party itself evidently shrink. For what is clear is that the abortion stalemate, dating from the striking of Section 251 in 1988 for procedural reasons – a stalemate that has left Canada without any abortion regulation whatsoever – will hold no longer.

One side must win and the other lose. We must pride ourselves on the right to kill our babies, at least up to birth, or we must begin the difficult process of reckoning with our own barbarity.

The brazenness in question and the standing ovation it drew make plain which side thinks itself the winner. On the other hand, the tens of thousands who marched, not only in Ottawa, but across the country, have not conceded defeat. If the latter prevail, Falk’s brave intervention in the House may well go down as a turning point. If the former, then Leonard Cohen – not the dissembling, self-righteous Mr. Trudeau – is our country’s prophet. As Cohen put it in his clairvoyant 1992 composition, “The Future”: Destroy another fetus now / We don't like children anyhow / I've seen the future, baby: / it is murder.