I admire what King embodied and accomplished, though I do have strong disagreements with him in areas such as his heterodox theological views. For instance, in a paper titled, “An Autobiography of Religious Development,” King states:

I shocked my Sunday School class by denying the bodily resurrection of Jesus. From the age of thirteen on doubts began to spring forth unrelentingly. At the age of fifteen I entered college and more and more could I see a gap between what I had learned in Sunday School and what I was learning in college.

In another paper titled: “The Sources of Fundamentalism and Liberalism Considered Historically and Theologically,” he denied the Trinity, salvation through Christ, the virgin birth and the Second Coming, all of which he equated with fundamentalism. (Those interested in these writings can find them in The Papers of Martin Luther King, Jr., Volume I: Called to Serve, January 1929-June 1951.) It is a shame that King did not live to see the tremendous shift in New Testament scholarship from 1975 onward, which has provided strong support for the historicity of the bodily resurrection of Jesus.

Still, what matters more than a critique of King’s theological shortcomings is the legacy of his “dream” –and how so-called progressives are shattering it.

King was an activist for civil rights, human dignity and free speech. He took seriously the Gospel notion of turning the other cheek, and of loving one’s neighbour and enemies. He followed the example of Christ’s Sermon on the Mount (Matthew 5-7). His approach was one of love, and was deeply influenced by Mahatma Ghandi’s nonviolent approach to social change.

King thought of himself as a “Jesus Extremist.”  When we speak of extremism we might immediately think of radical Islam, which seeks to wreak havoc on nonbelievers through violent and nonviolent subjugation (stealth jihad). But Jesus (Christian) extremism is the exact opposite: everyone is loved regardless of their religion, and for their intrinsic worth as persons. It encompasses the idea that one is prepared to follow Christ non-violently through a radical altruism, to the point of self-sacrifice, for the sake of the ultimate good. King’s life and death demonstrates the cost of this self-sacrifice. At 39, his heart resembled someone who was 60, most likely resulting from 13 years of cumulative stress working within the civil rights movement.

King dreamed of an egalitarian society, one that was predicated not on one’s group identity but on individual essence. As he famously said:

We have veered far away from King’s dream. Western civilization is experiencing a divisiveness that is completely antithetical to spirit of his message.
Related Stories 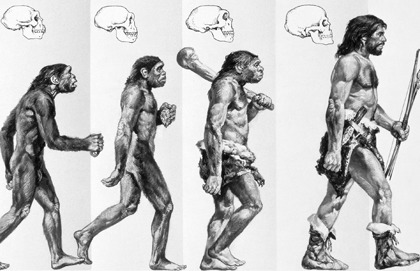 I have a dream that my four little children will one day live in a nation where they will not be judged by the color of their skin but by the content of their character…  And when this happens and when we allow freedom ring, when we let it ring from every village and every hamlet, from every state and every city, we will be able to speed up that day when all of God’s children, black men and white men, Jews and Gentiles, Protestants and Catholics, will be able to join hands and sing in the words of the old Negro spiritual: “Free at last! Free at last! Thank God Almighty, we are free at last!”

We have veered far away from King’s dream. Western civilization is experiencing a divisiveness that is completely antithetical to spirit of his message.  The main culprits are radicals on both the political right and left. However, the radical left has had much more dominance over culture, especially since the 1960s, through its control of many academic institutions and major media outlets.  Leftists follow the postmodernist Jean Francois Lyotard’s dictum that truth is disseminated by those who control it, and they exert such control by shutting down, suspending and demonetizing social media accounts, as well as by  “de-platforming” speakers on university campuses.

The Western world has been brought to its knees by political correctness, identity politics and the suppression of free speech. These three malaises are inexorably linked and resemble a kind of collective madness.

Political correctness, a concept originating with Leon Trotsky and echoed by genocidal tyrants like Mao Tse-Tung, is an oppressive tool to prevent dissenting views. In the Western world it is the translation of Marxism from economic to cultural terms. This is best revealed by the intersectional framework that seeks to interconnect differing oppressed groups by race, sexual orientation, gender, disability and class.

The whole concept of intersectionality is a race to the depths of absurdity because we can continue dividing people almost infinitely into sub-groups such as intelligence, height, weight, athletic prowess and so on. Intersectionality does not unify, but divides.  More than absurd, it is sinister.

Political correctness attempts to not offend anyone, but differing viewpoints inevitably risk offence. Without taking that risk, progress becomes impossible, and we are left in a relativistic morass.

As for identity politics, it leads to one being judged by the colour of one’s skin rather than the content of one’s character, shattering the appeal of King to transcend groupthink and tribalism, silencing his call to see the intrinsic worth of every human. MLK defended the imago Dei and so fought for equal rights for all people, at all times. He emphatically pushed this message in the sermon “The American Dream,” given on July 4, 1965 at Ebenezer Baptist Church in Atlanta:

You see the founding fathers were really influenced by the Bible. The whole concept of the imago Dei … is the idea that all men have something within them that God injected. Not that they have substantial unity with God, but that every man has a capacity to have fellowship with God. And this gives him uniqueness, it gives him worth, it gives him dignity.  And we must never forget this as a nation: There are no gradations in the image of God. Every man from a treble white to a bass black is significant on God’s keyboard, precisely because every man is made in the image of God. One day we will learn that. We will know one day that God made us to live together as brothers and to respect the dignity and worth of every man. This is why we must fight segregation with all of our non-violent might.

How far have we ventured from this uplifting message? Ontario Premier Kathleen Wynne recently stated, with respect to our upcoming provincial election, that: “If you don’t vote, then somebody who looks like me is going to vote, some senior person, older than me, some white person.”  Her quote epitomizes identity politics’ implicit denial of King’s imago Dei message.

In the end, we must fight for our freedom to speak against the many ills besetting Western society and culture. We should follow King’s example of nonviolent resistance. We have shattered his dream and, in the process, desecrated ourselves as the image of God. But King’s words, and the meaning behind them, must live on. It’s not too late – it is this very hope that will keep humanity united rather than divided. We owe to the prophets of the past such as Martin Luther King Jr., and the countless of unknown innocents who have suffered and died at the hands of totalitarian regimes, the resolve to ensure the truth always prevails.

Solzhenitsyn’s Kick Against The Pricks

America Is Not The Greatest