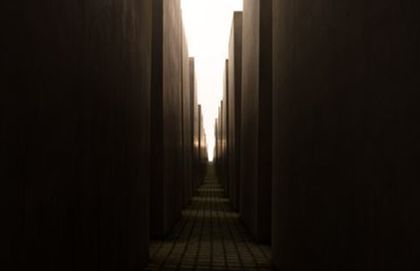 Most people are unaware of the contagious nature of suicide. It can spread as easily as a cold. This contagion is called the “Werther Effect,” named for Goethe’s novel, The Sorrows of Young Man Werther.  The book was banned in Europe because the protagonist’s suicide was blamed for the copycat suicides of vulnerable readers.

The Werther Effect in modern society has been documented and proven. A recent example is found in the four months following Robin William’s suicide in 2014. There was an increase in suicides of about 10 per cent, or 1800 additional deaths, recorded in the United States.

The media can be a vector in these cases, spreading the contagion in the way stories of suicide are reported. Grounded in social learning theory, it is thought that fragile individuals who read stories romanticizing suicide are led to believe it’s a viable way to end suffering. Such stories now extend to reports on medically assisted suicide and the sympathetic glamorization of the circumstances surrounding self-determined death.

Until recently, the media has done its part to conscientiously follow guidelines on reporting suicides in order to minimize the contagion. Since euthanasia became legal in Canada, however, it appears that no consideration is being given to how fragile individuals will respond to the way euthanasia stories are reported. As psychiatrists, we worry that the way these stories are being presented will make suicide in general a more attractive option.

For example, media guidelines for suicide reporting ask that suicides not be romanticized. Yet in the reports of Brittany Maynard’s death, there was a lot of language that made her medically assisted suicide appear almost poetic. One newspaper described how she “took lethal drugs prescribed by her physician on Saturday and died…as she intended—peacefully in her bedroom, in the arms of her loved one.” The same article contained the quote: “My journey is easier because of this choice.” 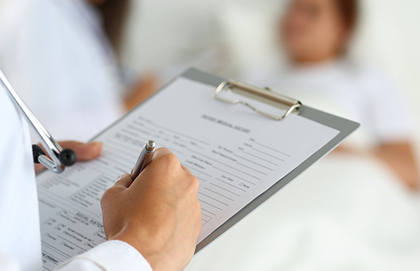 What does post-Carter Canada look like?
Avoiding What's in Front of Us
Pressing against intellectual corruption

This is a violation of the guideline that publication of suicide notes should not share excerpts portraying the suicide as a form of relief. A recent CBC story about Audrey Parker, a Nova Scotia woman with fourth stage cancer, ends with the claim that “Parker will die on Nov. 1, at home in Halifax, holding her mother's hand — exactly the way she wants, albeit a little earlier than she would like.”

Guidelines also state that overly simplistic reasons should not be given to explain suicides. However, many articles covering the Lamb court case consistently provided deceptively easy explanations. They focused on how Ms. Lamb was an individual who was living a good and full life. They cited fear of suffering as the sole reason for her wanting access to euthanasia.

As psychiatrists, we worry that the way these stories are being presented will make suicide in general a more attractive option.

We do not know Ms. Lamb’s situation. What we do know is that a portrayal such as this was unhelpful for those with more complex difficulties looking for a solution. The reasons behind requests for euthanasia are not so straightforward. When looking at the literature, especially at requests for euthanasia for psychiatric reasons, the reasons remain multi-dimensional. In the Netherlands for example, social factors of loneliness and feelings of isolation are well known to be contributory.

It is not just the way we report these stories. With legalized euthanasia, we are sending a message about how our society deals with suffering. Policy makers cite autonomy as a fundamental principle to support their laws. Perhaps this principle works in theory, but what happens when the story of one person’s “autonomy” inspires another person’s death? Is there not a higher ideal? Is there not a responsibility to others who are also suffering?  In short, advocates for euthanasia, and those reporting it, need to be mindful of the message.

We are not here to judge those requesting euthanasia. Their request reflects the true struggle when dying becomes a more pleasant reality than living.

But the contagion effect with suicides, whether assisted or not, is also a tragedy. Our lives are not lived in isolation. Rather, they are beautifully interlaced. Centuries later, Donne’s poem still rings true: “Any man’s death diminishes me, because I am involved in mankind, and therefore never send to know for whom the bells tolls; it tolls for thee”.

It also means the messenger plays a part in protecting the vulnerable.