Last year saw the 50th anniversary of Dance of the Happy Shades, the first short story collection of Canadian writer Alice Munro. Since then she’s published 14 collections of stories and received dozens of major accolades, including the Nobel Prize for Literature in 2013.

Munro has been lauded in Convivium in the past, but we decided to ask a number of emerging Canadian writers and members of the literary community about her influence on their reading, writing and approach to the short story form. Their responses were elegant, surprising and enlightening:

I don't really remember the first Alice Munro story I read – it must have been some time in high school or undergrad. The first one I vividly remember reading is "Dimensions," the opening story in Too Much Happiness. It's a pretty brutal story about a woman whose husband murdered her children, and whom she still visits while he's in prison. At the end of the story there's another brutal incident, though perhaps a more hopeful one. Still, I remember finishing it, putting the book down, and thinking, "I suppose Alice Munro is a one-story-at-a-time read." I didn't imagine I could pick up that book again for a few days.

While that hasn't, strictly speaking, remained my habit with her writing, the wallop I get from an individual story (even the much less brutal ones) typically means I have to stop and process each one for some time after reading it.

I taught "Boys and Girls" for several years in first-year English lit classes, and I think it's a marvellous, if heartbreaking, story, and more ingenious each time I look back at it. But her later stuff is what really blows my mind. I taught "The Progress of Love" for the first time last fall, and I'm not sure it was a particularly helpful experience for the students, since I just kept wanting to say, "Do you understand how ridiculously hard it is to write a story that does all these things?" – as if we were trying to quietly admire a painting in a museum and I kept exclaiming about how much technical mastery it took to create such a thing.

You can't write short stories in Canada without having to deal in some sense with her monumental body of work, with the innovations she was capable of, with the standards of subtlety and realism and psychological depth she's set in fiction. I don't think the constant comparisons to Chekhov are merely because of similarities in theme or content; both authors in a sense took the art of short story writing to a new level. I think I'll say I suspect in the next generation or two (if not sooner), there will be Indigenous authors in Canada doing things the world literary scene will have to reckon with in a big way. I imagine that will be the next stage of global impact in terms of writers from this part of the world.

In Munro’s work, it feels like good and bad don’t matter. There’s no judgement. Everyone has their trauma, and you might never really know another person.

Having immigrated to Canada in the mid-2000s, my exposure to Canadian literature outside of Anne of Green Gables was minimal. Sometime in 2009, I picked up a copy of Munro’s The Progress of Love to gift to a friend who had begun writing short stories; she had sent me a couple of hers to read and wanted direction. I’m not sure what made me pick out the book or the author, but I had personally been re-discovering Indian literature in English through the short stories of R.K. Narayan, and I thought Munro could be a sort of Canadian equivalent. I also have a personal stance of never giving a book to someone that I hadn’t read myself, so I started to read The Progress of Love. I have to say that I have great sympathy for rustic, small-town settings since in many ways it accords with my own upbringing in Brunei.

"Miles City, Montana" resonated with me because it was in my early 20s that I began to appreciate the humanity of my parents. Their doubts and anxieties seem hidden beneath either a veil of authority or (when one is a teen) inexcusable incompetence. It was only later that a fuller picture of their lives began to emerge, as the distance of being physically apart gave objective permission for a proper regard into their stories, thoughts, and feelings. That story poignantly captures this truth.

I truly think that Canadian literature in English is pound-for-pound as good as any anywhere in the world. It might also be the only portion of the arts that anglophone Canada indisputably surpasses its francophone counterpart. Munro seemed as good as any representative to receive the Nobel. 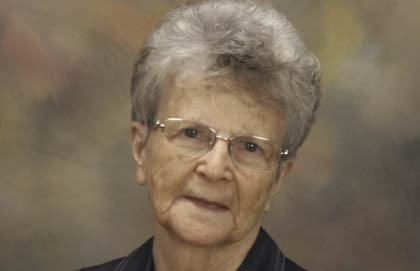 In my opinion, the greatest writer to be born in Canada (Saul Bellow) already won the Nobel and numerous other accolades, so I don’t have complaints. Among writers currently writing not named Margaret Atwood, I think that Michael Ondaatje, Rohinton Mistry, Nancy Huston or especially Rachel Cusk (if she still considers herself Canadian) would be solid future winners. But to be honest, the Nobel is not as important as some of the other national and international prizes, namely the Giller, the Booker, and the National Book Awards in the English-speaking world. The Nobel is more like a wreath at the end of a career than a live set of two fingers placed on the pulse of the exciting thing that is unfolding in literature, which is what the other prizes try to do.

Daniel Bezalel Richardsen is the founder of Foment, the literary journal of the Ottawa International Writers Festival. He is a Convivium contributor and has served as a Prize Advisor to the Ross and Mitchell Prize for Faith and Writing.

I first read an Alice Munro story in an early undergraduate class, and I don’t think I understood it at all. I only really started to enjoy her work a couple years ago, when I read the story “Child’s Play” and realized how disturbing and complex her writing is. There was definitely a moment of “How did I not know about this?” Even today, her stories often surprise me with their beauty and terror and tension. In Munro’s work, it feels like good and bad don’t matter. There’s no judgement. Everyone has their trauma, and you might never really know another person.

“Vandals” and “Save the Reaper” stand out just because there’s so much horror underneath the words. There are brutal descriptions of some things, and other details are left out or alluded to in such subtle ways that you’re never really sure what or who you should be afraid of. I also have a soft spot for “The Bear Came Over the Mountain.” There’s a history of Alzheimer’s and dementia in my family, so that one always hits me right in the gut.

Her writing isn’t like anyone else’s. I can’t imagine reading a Munro story and not knowing who wrote it. She manages to include these little moments that make you feel like she noticed something you’ve always known but could never explain. Her writing makes me jealous in a way that makes me want to work harder just for the very small chance that people might feel that way about me someday.

She has a quiet kind of popularity. I think the literary short story form is more of a writer’s genre, and she’s a writer’s writer. That’s a lovely thing to be. I’m glad she’s been recognized for her brilliance, and I hope people keep discovering her work. Even though she’s internationally known, her stories still seem like secrets. Reading her work feels like sharing things with a new best friend, like she’s all yours.

Leah Mol’s fiction has won the CBC Short Story Prize and has been shortlisted for Room’s Fiction Context. She works as a proofreader in Toronto and is currently working on her first novel.

I first remember reading Alice Munro when I lived in England, shortly after finishing my undergraduate degree at Carleton, the focus of which was Canadian literature. I am so glad I made it all the way through that experience of academe without being "forced" to read Munro; it was so natural and pleasurable to come to her work from the position of a reader, looking for a good book to read in spare time, as opposed to the position of an analyst.

I bought three short story collections; one was "Runaway" by Munro. I loved the first few stories, and it was the fourth story, "Silence," that made me realize giddily that I was reading a person who was probably going to become a very favourite artist of mine. I was in bed reading it, and I remember putting it down and being so, so distraught about time zones. Because my mother, at the time, was asleep back in Canada, and this was a problem because the story had given me an unbelievable urge to call her and tell her I loved her. I needed to do this. But I stopped myself only because my mother would think I was dying or something. So that's a powerful author, to give a reader that kind of urgent emotion. I read four or five of her books that summer.

Of course, it didn't help my short fiction writing at all – she makes short stories look easy, but what she's doing is incredibly complicated, especially in her later work (Runaway and on I'd say). So I was paralyzed by it, as an emerging writer. I'd almost encourage writers not to read her too much, because then you'll go to write a story of your own and it just won't hold like hers do. But almost nobody's short stories hold like hers do – short stories are hard. Anyway I ultimately didn't mind too much that her work paralyzed me like that, because I was enjoying it so much.

The stories say lots about the Canadian experience, and the female experience, but I think that's all incidental to her work. What she's doing is telling the truth, and in the telling, femaleness looms large, patriarchy looms large. But her protagonists don't necessarily have the vocabulary, or the integrity, to really speak towards things. They just live it.

Ben Ladouceur’s first book of poetry, Otter, was a National Post Best Book of 2015, and his second book, Mad Long Emotion, will be released in 2019. He is currently the prose editor at ARC Poetry Magazine.

Janette Oke, herself the daughter of Canadian pioneers, has kept the pioneering spirit of courage, resourcefulness, integrity, faith, and romance alive in the body of fiction and non-fiction she has written. Her contribution to Christian fiction in Canada and the U.S. is near-legendary. She is, indeed, one of Canada’s most beloved storytellers.

Welcoming her first grandson, Patricia Paddey reflects on the threads of continuity woven into the baby’s arrival, inspired by Steven Garber’s new book, The Seamless Life.