As we’re reminded daily, anger is rarely a helpful basis for opinions. I'll confess, however, that this article arises from my annoyance with the social media habits of some members of the Christian community.

The occasion was last week's Trinity Western University announcement removing the mandatory nature of its Community Covenant, which has been at the center of so much legal controversy. Social media was abuzz in response to the decision by TWU’s board of directors.

Predictably, critics were quick to say it wasn't enough since faculty would still have to sign the Covenant. In reality, they claimed, TWU was only a slightly less bigoted place than it was before. Skeptics quickly piled on, saying that if the Covenant could be made voluntary now, it could have been made voluntary earlier, and therefore TWU was disingenuous in insisting on the Covenant in the first place. The university had, the critics insisted, irresponsibly wasted the resources of the public and its own donors in fighting the case.

And what of those who most would expect to be TWU supporters? A good number were condemnatory and accused the university of selling out on its principles. My Twitter and Facebook feeds overflowed with confident pronouncements that the decision was singular proof TWU should no longer could be considered a principled Christian institution.

Leaving aside the merits or demerits of the decision (about which I do have opinions, but they are not my point here), I quickly grew angry even at those with whom I agreed. I realize Twitter only has 280 characters and is not the place for nuance. Yet the quickness with which absolute characterizations and the impugning of motives were publicly shared by those who supposedly believe in the virtues of truth-telling and generosity of spirit is deeply troubling.

To be clear, I have no inside knowledge of the specifics of the TWU board nor of the materials that were provided its directors at their recent meeting. However, with over 30 years of service on at least eight charitable boards (including a term as chair of a Christian university) and over 25 years as a senior executive reporting to volunteer boards, I am reasonably confident in discussing the sort of choices the TWU Governors were presented at their meeting.

I have only a passing acquaintance with a few of the 16 individuals who comprise TWU’s board but expect it is like most other volunteer board members I have served alongside. Members were selected because they were recognized leaders in their community, had professional accomplishments and skills that were of value to the institution, and had demonstrated passion and commitment to its mission. They sacrificed significant time and energy to their task and came to board meetings having read, marked up, and carefully thought about the package of materials (often 100 pages-plus in length) before showing up.

I estimate that one year when I served as chair of the board of a Christian university, I spent over 500 hours on the task – on the high end in light of unusual circumstances but TWU’s present circumstances are unusual, too. The hours of dedication of its board members are certain to be beyond what most realize.

So what was in that board package? Again, I have no first-hand knowledge but would speculate it included materials suggesting that if they did not amend the policy of a mandatory Covenant, their other accredited programs were at legal risk. There may have been a letter or three received from various accrediting bodies demanding clarity by arbitrary deadlines if next year’s graduates were to be approved. Supreme Court decisions have a way of emboldening regulatory tyrants who want to be confirmed in their sanctimony. 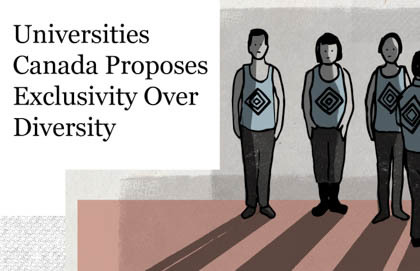 Undoubtedly, the Board had reports on internal dissension regarding the Covenant. Some would have objected to its contents. Others to its very existence. I am sure the development team had reports from donors who made their strong feelings known about what the board should do, likely with some on opposite sides of the question. And (assuming this is the first time the board members found themselves in the same room since June’s Supreme Court decision), there would have been a heavy air of dejection.

It was board decisions, after all, that cost their donors millions of dollars of legal fees yet failed to obtain the sought-after law school, and created a pile of problematic publicity to boot. Compounding the dejection is the reality that few, if any, of those making last week’s decision were probably even on the board when the process started six years ago. They were effectively being asked if they should countermand a history they weren’t part of. Finally, given the mission statement that boards are called to protect – "As an arm of the Church, to develop godly Christian leaders: positive, goal-oriented university graduates with thoroughly Christian minds; growing disciples of Jesus Christ who glorify God through fulfilling the Great Commission, serving God and people in the various marketplaces of life." – their assignment was still to figure out what to do next.

My guess is that after the materials were reviewed, discussions were engaged, and options considered, there were three basic ones that were reasonably available. The board could have sustained the status quo with a mandatory Community Covenant, knowing this would most certainly result in continued legal conflict and likely the loss of other programs. It might bring significant negative consequences for students who had spent thousands of dollars in pursuit of credentials that would no longer be available. The substantive “goal-oriented university graduate” responsibility of TWU’s mission would be significantly altered by a status-quo decision.

Alternatively, the board could change the contents of the Community Covenant to accommodate those who objected to its offending phrase. That, of course, would have amounted to publicly changing the institution’s declaration of what “growing disciples of Jesus Christ” means and would have surely cast them into a significant internal battle. The final option was to keep the covenant as a statement, but amend its application to conform to what is now effectively the law of the land.

We know their choice. My point is not a decisive defense of the TWU board decision. My preference would have been that the board remove the “mandatory” aspect of the Covenant but then immediately demand the B.C. government and law societies grant the necessary approvals to let the law school go ahead. Such a response would have tested the honesty of those authorities who insisted equal access for all citizens was the only barrier for a Christian law school. It would have meant playing offence rather than defence.

But that is tactics, not principle. And it’s easy to say from the sidelines. My approach would require the backing of millions more dollars of other people’s money. While I presume TWU was ready for that when they proposed the law school six years ago, I don’t know if it would be a responsible decision today.

What I do know is that the board members did not have an easy decision, and I am certain they approached their task with diligence, a sense of responsibility, and prayer for wisdom to do what is right. Reasonable people of faith may differ.

What I don’t think reasonable people of faith may do is pontificate on social media with reductionist statements and impugn the integrity of the institution and its board. Whether you agreed with their stand or not, TWU, and the board members who ultimately had to make these missional decisions, decided to stand up all the way to the Supreme Court of Canada for their right to have a Community Covenant. In the process, they promoted the right of Christian organizations other than churches to define themselves by their religious identity, even as they sought to the serve the public.

TWU had to fight a similar battle 25 years ago in the context of its teachers’ program and won at the Supreme Court. It has fought it again for the past six years only to discover the Court had changed its mind. TWU and its trustees not only pursued their mission, they were carving and protecting space for other citizens and institutions of faith to serve their fellow-citizens according to their conscience.

Whether they made the mistaken or correct decisions at each step of the journey (and my guess is that they would admit, with the benefit of 20-20 hindsight, to wishing they could do a few things differently), they did so sincerely with a desire to serve their institution, country and God. For that, they are to be commended, as are the literally thousands of volunteer board trustees who make difficult decisions on behalf of others, honestly struggling between less-than-ideal choices. These acts of citizenship and service are necessary ingredients for a healthy social architecture.

Ray Pennings is Executive Vice-President and co-founder of Cardus.

Universities Canada (UC) is a civil society institution that acts as a gatekeeper for scholarship funding, certification credibility needed for recruitment and graduates, and membership to key organizations including athletic associations Why, then, is UC short-circuiting that legal process behind c...

What makes a Christian Organization?

True, many of these characteristics are shared with organizations that do not claim religious motivations but that does not negate the expectation that an organization that calls itself Christian ought to be doubly attentive to how its identity translates into its ethos, and hold itself accountable ...