How can athletes pursue excellence in an excellent manner? There are many examples whereby sporting excellence is not necessarily correlated with human flourishing. Why is this so? For one thing, physiological development, while essential for athletic progress, does not equip athletes to address such existential questions as: why am I pursuing this activity, does it bear any meaning in my life? Training regimes, nutritional programs and sports psychology are provided in spades, yet the question of meaning is often not addressed.

Instead, meaning and its relation to one’s sporting activity should be an essential grounding point for athletes, especially given the increasing challenges in sport of the “win at all cost” mentality, the corporatization of sport, and the pressures athletes face to break records and to entertain the public. Other challenges such as overtraining, burnout and simplistic sporting narratives around “sacrifice” are also worrisome.

So what are athletes to do? Well first, it should no longer be uncritically assumed that sport is an excellent tool for human formation.  Rather, while not discounting the potential formative character of sport, it should also be asked what antecedent formation is required so to ensure athletes are not damaged by participating in sport. With that in mind, the Austrian psychologist, neurologist and holocaust survivor Dr. Victor Frankl provides invaluable advice on the search for meaning and its benefits for human flourishing.

The foundation of Dr. Frankl’s work starts with an anthropological question: what does it mean to be a human being? In sport, the predominant answer points to bodily and mental realities.  Yet to reduce athletes, the human person, to machine-like operation, without reference to their spiritual dimension, reduces or ignores the very components of the person which is needed to face adversity. Dr. Frankl was highly critical of like tendencies in the field of psychology that reduced human activity to material causes. This “machine model” anthropology is ill equipped to address the profound human experiences of suffering, courage, sacrifice and love.

Instead, Dr. Frankl presents the person as a unitas multiplex comprised of three interrelated yet distinct dimensions: the somatic (body), the mental (psycho-somatic) and the spiritual. He does not present the spiritual in religious terms, but as that unique realm which makes us different from animals: free will, our will to meaning, and our ability to sense the unconditional meaning of life. In contrast to animals, Dr. Frankl remarks, the human person is not bound to a specific environment, but is open to the world and characterised by an outward search for meaning.

The hyper-activity of sport, however, can often distract athletes from reflecting on the meaning and purpose of their activity. The athlete, who is not capable of articulating a why to their pursuit, as Friedrich Nietzsche remarked, will have difficulty finding a corresponding how, or more precisely, will be challenged in maintain the intensity of their activity in a healthy, formative and long-lasting manner. 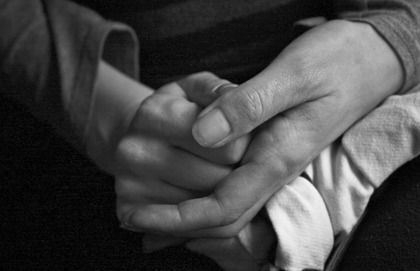 Meaning is akin to a complex carbohydrate which fuels energetic, longstanding and vigorous activities in contrast to unarticulated or robotic activity which does not engage the profound depths of the human person. Without a consciously articulated why athletes are vulnerable to being driven by the compulsion of others (fans, parents, coaches, fellow athletes), or even their own undirected passions, rather than being drawn-in freely to an activity which has been found to be meaningful. As noted by Dr. Frankl, “A goal can be a goal of life, however, only if it has meaning.”

Meaning is akin to a complex carbohydrate which fuels energetic, longstanding and vigorous activities in contrast to unarticulated or robotic activity which does not engage the profound depths of the human person.

But what, exactly, is meant by meaning? Dr. Frankl maintained a strict ultra vires policy about telling other people what meaning is because the discovery of meaning is the responsibility of the individual.  He would say, however, that meaning is contingent on the uniqueness of the person. Dr. Frankl is by no means a relativist, but is simply pointing-out the contextual dependence of meaning. For him, “The meaning of life differs from man to man, from day to day, and from hour to hour.” Yet within this contextual reality there are right and wrong answers, which must be discerned and acted upon freely and responsibly.

Further indicators are provided by Dr. Frankl as to what meaning is by showing the effects of its absence, a kind of apophatic approach. First, when meaning is lacking in life power, pleasure and money seem to take centre stage as kinds of surrogates. Given the predominance of these three elements in professional sports, there are many possibilities for athletes to mistakenly exchange meaning for one of these. If athletes become primarily motivated by power, pleasure or money, the person becomes disposed to what Dr. Frankl calls “existential frustration” which can lead to the “neurotic triad” of depression, aggression and addiction. Symptomology of these kinds have manifested themselves in a variety of sporting environments causing many ills for both athletes and the sport itself.

In response, Dr. Frankl counsels that “a lively and vivid conscience” is needed to draw people towards meaning and to resist the other effects of the existential vacuum, namely, conformism and totalitarianism. Athletes who habituate their conscience towards the pursuit of meaning view their athletic goals in a more comprehensive light than just “winning.” Moreover, what is more important than winning is the manner in which one wins, for instance, through honesty, hard work, self-improvement and team-work. To win while betraying these and other values would make the very act of winning meaningless and empty and the act of winning becomes a kind of counter witness to the integrity of one’s life.

While highlighting the ills of meaning deficiency, Dr. Frankl also provides guidance as to where meaning can be found. First, it can be found in actualizing creative values - what you concretely give to the world through the unique singularity of your being, such as your performance as an athlete. Second, by what you experience from the world: beauty, for instance, when watching Usain Bolt run a 100 meter race or Serena Williams play an extraordinary match of tennis. And third, attitudinal values, the attitude you freely adopt when faced with an unchangeable situation. Attitudinal values underscore the human capacity for meaning, which is not dependent on activity or experience. Instead, in the face of the inevitable or the inescapable, the person remains free and responsible in choosing the manner in which they face that which cannot be changed.

Attitudinal values, while particularly challenging for athletes given their tendency to find meaning through activity, are nonetheless essential to development. When an athlete is sidelined due to injury or a drop in performance, he or she is called to sustain a proper disposition of confidence and hope. Athletes who are capable of sensing the unconditional meaning of life, to find meaning in all situations, are far more resilient in addressing the inevitable road-bumps of their athletic careers. Alternatively, athletes that find meaning singularly by actualizing creative values are left vulnerable when their activity is reduced or ceases. In the face of the unchangeable, Dr. Frankl notes, we remains responsible for how we choose to face what cannot be changed, and this is most profoundly expressed in our attitudes towards pain, guilt, and death.

Exasperating the athlete’s challenge of finding meaning through attitudinal values can be a person’s narrowly defined identity as “athlete.” Moreover, the person has collapsed the totality of their identity (and perhaps worth) into one thing: athlete. In such cases, injury, reduction in performance, or retirement from sport can trigger a severe crisis of identity. Alternatively, sport psychologists encourage athletes to develop a “multidimensional view” of themselves versus an “exclusive athletic identity,” which is singularly reliant on a narrow and precarious understanding of self.  New York Times columnist David Brooks, in an article entitled “What Moderates Believe,” points to the very same truth when he warns, “Beware the danger of a single identity.” Instead of living a multidimensional life, he says, “they turn themselves into monads. They prioritize one identity, one narrative and one comforting distortion.”

Athletes should be encouraged to develop a tapestry of interconnected meanings in their lives.

On the other hand, though not explicitly articulated by Dr. Frankl yet congruent, athletes should be encouraged to develop a tapestry of interconnected meanings in their lives. No matter how great a project is, our lives are not lived in silos, but are deeply relational, and there is a team of family, friends, and communities to which we remain responsible to irrespective of the project we seek to accomplish. Just as athletes’ cross-train in order to ensure the multidimensional nature of their physical development, so too athletes should be encouraged to develop a multidimensional sense of self by developing an ecosystem of meaning in their lives which is not reliant solely on athletics, but can find expression through  variety of  creative, experiential, and attitudinal values.

This would be a healthy counter-narrative to the often damaging narrative of sacrifice in sport which claims that to be successful everything else has to be put aside.  Undoubtedly, dedication is required for the achievement of any kind of excellence, but the narrowing of self to a monad, a single identity, a single meaning is not a recipe for athletic performance, nor is it a receipt for human flourishing. The question should be how the singular parts of our lives integrate with the whole, and not confuse the parts as the whole. Like the roots of a tree, athletes should stretch-out to be nourished by multiple streams of water, which if integrated and coherent will strengthen and make them more resilient people.