There is a lot of news recently coming from the NHL and it is not about who will win the Stanley Cup. What began as a story about former Toronto Maple Leafs head coach Mike Babcock embarrassing then rookie Mitch Marner, has now arguably changed to how we see the NHL locker room. That is, questioning the continuation of “what happens in the room stay in the room” in hockey culture.

I won’t go into much detail as many journalists have already covered the issue and will continue to. However, I do want to briefly present the situation with former Calgary Flames head coach, Bill Peters.

Essentially, hockey player Akim Aliu tweeted that his then coach, Bill Peters, targeted him with racial slurs back in 2009. This accusation was backed by multiple players and Peters himself issued an apology on the incident. It is worth noting that Aliu still intends to pursue legal action against the Flames coach for discrimination. Currently, Peters has stepped down from his duties as announced on Nov. 29.

Now, I don’t want to diminish at all what Aliu experienced. Using words that have an ugly meaning towards someone, and holding them back based on a prejudice, is completely wrong. We as a society have done a great job in not tolerating any action that resembles this and should continue to do so.

However, I do wish to address a key element that I find has been missing from these types of situations. While today we can routinely identify the wrongs, there is a crucial void in them that is vital to many different faiths; with which I will emphasize the Christian perspective.

The act of forgiveness.

Do we ever see instances in public, such as the use of harsh language towards another, where an individual forgives the other? Do we, as a society, forgive an individual for their faults regardless if it was recent or in the past? I don’t see it.

As a practicing Catholic – but regardless of any other faith or not – it could be argued that forgiveness is the hardest thing to choose. When someone offends or even hurts you, it’s only natural to feel resentment and bitterness towards them. And honestly, I don’t blame people for feeling that way.

For example, if I was in Aliu’s shoes, I would surely be affected by it. I can only try to imagine what it would be like, but I cannot fully understand since I have not experienced this type of discrimination. It must be a complex range of anger, sadness, fear, and so much more. But just because something is difficult, it does not mean we should avoid it. As Jesus Himself said, “(T)he gate is narrow and the road is hard that leads to life, and there are few who find it” (Matthew 7: 14). 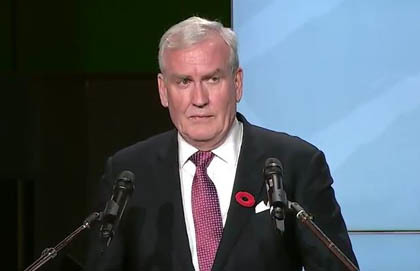 Regardless, the act of forgiveness is something that we are all called to. Since God is ever so merciful and repeatedly forgives we, who constantly turn away from Him, we also should forgive those who wrong us.

Forgiveness is choosing peace instead of dwelling on pain. By not forgiving, we are holding bitterness towards our neighbour. I have often heard it to be described as drinking poison and hoping it hurts the other person. All this does is keep us in a state of enragement and can lead to hate towards our brethren.

Am I saying that forgiveness is easy to choose? Of course not. In fact, I’ll be the first to say that choosing to forgive someone who hurts you is the last thing you might wish to do. But we know, whether it’s deep down or not, that it’s something we should do.

The example we routinely look at is the passion of Jesus Christ, and for good reason. If anyone deserved to be angry, it was definitely Jesus. Even though He committed no crime, He was sentenced to death, scourged and tortured, mocked and spat on, and ultimately crucified. Which by the way, crucifixion was considered one of the worst ways to die in the Roman Empire during this time period.

What was Jesus’ answer to all of this? He didn’t curse his persecutors nor condemn them, but cried out, “Father, forgive them; for they do not know what they are doing” (Luke 23:34).

Of course, Jesus is not the only one to have achieved this act of mercy. In May 1981, Pope Saint John Paul II was shot by Mehmet Ali Ağca in St. Peter’s Square. The pope was injured, but nothing serious other than what I would imagine to be great mental stress. His response to it? He visited Mehmet in prison to forgive him in person and pray for him. Pope John Paul II also requested to the Italian courts that he be pardoned for his crimes, which they did before expediting him back to Turkey.

When I recall examples such as these, I can’t help but think of the mighty courage it must have taken to forgive. It’s an act of complete self-denial and tremendous love for our neighbour. After all, what reward is there to love only those who love you? (Luke 6: 32).

If Jesus and John Paul II can forgive the individuals who desired their deaths, then surely I can forgive anyone who has or ever will offend me.

Am I saying that Aliu should forgive Peters for his racial slur and alleged discrimination? That is not my place to say, nor do I desire to. That is Aliu’s choice and he has the God-given right to exercise his free will regardless of what it is. I do wish, however, to bring the concept of forgiveness into stories, such as the recent NHL ones. For if we solely live to identify the wrongs individuals have committed, regardless of when it happened and do not forgive them for it, what good can be gained from it?

If we do not choose to love one another, especially when it gets extremely difficult, then we are contributing to the unhappiness in this world. Holding on to grudges can be toxic and disrupt our inner peace. It is said that we should be the change we want to see in the world. I know for me, I want to see the world love one another and not give in to constant rage.

I will leave you with this reflection I read from the Laudate prayer app a year ago:

“Jesus forgave from his heart. His immediate reward for this was to be publicly mocked, humiliated, and brutalized. He had so much love and forgiveness for us that He refused to count the cost of forgiving us from the heart. He silently bore our punishment, and we got off free. Imitate Jesus. Forgive first. Forgive to the point of looking bad yourself. Forgive completely. Forgive regardless of the cost. Forgive from your heart.”

Watch former Sergeant at Arms Kevin Vickers' full speech from our Faith in Canada 150 launch. He tells us about how lessons learned in childhood led him on a road to forgiveness after the October 2014 shootings in Parliament.

Love That Wrestles the Imperfect

For humans in this snow-globe of a planet, where war-shaken cultures are being rapidly dispersed across the continents, to love means to keep re-engaging with each other, writes Voices contributor Karen Esau.