The government and the BC Teachers Federation (union) are at an impasse, according to veteran mediator Vince Ready. The problem in BC reflects a growing divide between public sector unions—who increasing view themselves as pseudo political parties (in some cases equivalent to the official opposition)—and the governments they oppose. In this context, it’s not bargaining, it is ideological warfare. In the BC context, the dispute is resolvable. It is not rocket science, but is does require the suspension of ideology, and some basic common sense.

Here’s what has to happen:

Set aside class size and composition. The BC Court of Appeal will hear the case in October 2014 and will rule in the spring of 2015. The losing side will seek leave to appeal to the Supreme Court of Canada which at the earliest will grant leave in late 2015 and will optimistically hear and rule on the matter by the end of 2016.

SOLUTION: Both sides must agree to the status quo (which is really not that bad by the numbers). They should sign a three-year contract in the interim where the BCTF agrees to indemnify the Government against any costs for grievances resulting from the last several years should the government lose the upcoming legal cases and commits to restore the "right" to negotiate class size and composition. 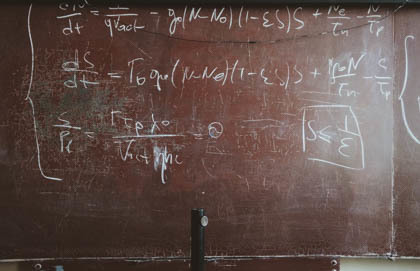 Common Good & The Classroom
Are Even Secular Schools Sacred?
What Kind of Teachers Do We Want?

Respect the issue of salaries. Cost of living increase is a real phenomenon! So is the government's mandate for fiscal responsibility. Teachers perform a noble and important public service, perhaps one of the most important to the future of society. BC’s teachers do it particularly well as our education system ranks among the best in the world, yet their wages do fall behind other provinces. Most teachers work exceptionally hard to deliver the very best education to our students. My children’s teachers are exceptional people, educators, and passionate about learning. Do they deserve a raise? Of course they do.

SOLUTION: At last report, the BCTF tabled an 8 percent raise over 5 years and the government is offering 7 percent over 6 years. Maybe something like 7 percent over 5 years or 8 percent over 6 years would get it done? For the future, why not establish an independent salary arbitration body for teachers the way BC Premier Gordon Campbell did a few years ago for MLA salaries? An independent body can weigh all the factors involved in setting public sector wages more effectively.

Allow me to address both sides:

To the BCTF: You are not a political party, you are a union of professionals in a noble and important vocation. Start acting like it! Teachers need you to represent them in a professional association, not act as a pseudo political party. Teachers vote across the political spectrum and the political views of the BCTF leadership do not reflect everyone in the membership. Instead of politics, focus on education, which is something all teachers care about.

To both parties: Education is a right of all children, and bargaining is a right of unions! Elected office is a right and the people lend you power for a time. So set aside the legal matters for another day and respect all three rights listed above.

What Kind of Teachers Do We Want?

As we heard in the recent discussion here on the Cardus blog about the Loyola high school case, the designers of Quebec's Ethics and Religion Culture (ERC) curriculum suggest that we want teachers who are disinterested or neutral I hope we send our kids (back) to good high school teachers who will e...