01 My Cardus colleagues and I introduced ourselves to Winnipeg back in November at a panel discussion on faith in our common life. One of our guests was John Courtney, Executive Director of Youth for Christ, an organization in Winnipeg that helps troubled youth, many of whom are aboriginal. In 2010, there was a small ruckus when the municipal council voted to loan Youth for Christ some $2.5 million to build a youth centre in a crisis-ridden inner-city neighbourhood. Although it would help mostly aboriginal youth, some local Native leaders objected on the grounds that it would be like the residential schools all over again. Unlikely, as it was neither a residence nor a school. Local MP Pat Martin raised the secularist banner, objecting to people who help the afflicted because of their religious faith.1 Thankfully, city councillors did not wait for the Atheist Alliance for Aboriginal Advancement to step forward with their own initiative. What's gone on since 2010? Well, Winnipeggers of a rather more practical mindset took a more common sense view. In 2013, the 1,400 businesses of Downtown Winnipeg Biz awarded Youth for Christ the Best Not-for-Profit Institution. Entrepreneurs know to judge customers and suppliers by what they can do and not by their religious beliefs. Downtown business owners, who daily see the human debris that is cast away on Winnipeg's streets, also understand that Christians who actually help those in need are not nearly as much of a problem as the salaried State employees who try to stop them.

02 Winnipeg's city council should talk to the provincial bureaucrats who work across town. Last spring, the busybodies at Manitoba Health cracked down on a Winnipeg charity that for 20 years had been selling spring rolls. No one had ever gotten sick, but Canadians Helping Kids in Vietnam, founded by Tam Nguyen, one of the boat people, who came to Canada and started a successful tailoring business, was producing its spring rolls without official government permits.2 There seems to be something of a crime spree in Winnipeg. In 2013, the Bannock Lady, Althea Guiboche, was prevented from giving free bannock and homemade soup to the homeless until she got a food service permit. What were Nguyen and his band of outlaws doing with their ill-gotten gains? They were helping the Phu Hoa Orphanage in Quang Ngai, Vietnam. Run by four Catholic nuns, it is home to 20 children. Is it possible that the Sisters in communist Vietnam have more freedom to help the poor than people in Winnipeg do? On a recent visit to the orphanage, Nguyen organized a field trip to Ho Chi Minh City. Perhaps next time he should take the bureaucrats from Manitoba Health to visit their kindred spirits instead.

03 Family holidays are somewhat complicated for a Canadian family on the cutting edge of re-imagining what family might mean. Two women in Ontario had a child by artificial insemination, using donor sperm. The donor then sued for access to his biological son. He dropped the suit but then began showing up at the couple's home. Sometimes his parents did the same. The lesbian couple moved from northern Ontario to British Columbia to get away, and then to another part of Ontario. "It was just an all-round awful situation," said one of the women. "These people seemed to be stopping at nothing to get close to my child, and that's a really scary thing.... It's a Pandora's box. Once they say, 'Hi, I am your grandmother' or 'I'm your father,' you can't undo that."3 Yes, it is a Pandora's box, but it was opened some time before the unwanted visits started. And yes, one day their little boy will realize that, indeed, you can't undo that.

04 Travel of a more pleasant sort occupied your scribe as this issue was going to press. I was on my way to Sri Lanka for Pope Francis' visit. Turns out a lot more people are heading to the "teardrop" of India and, as a result, tourist visits were up 16 per cent last year.4 That has some Indian businessmen crying as there has been a shift from the long-time cultural destinations of Goa and Kerala. Sri Lanka is cheaper and, now that the decades-old civil war is over, it is both peaceful and developing. Its beaches are supposedly just as beautiful. One cannot begrudge the Sri Lankans the benefits of peace — even if it comes at the expense of the Goa of my grandparents. 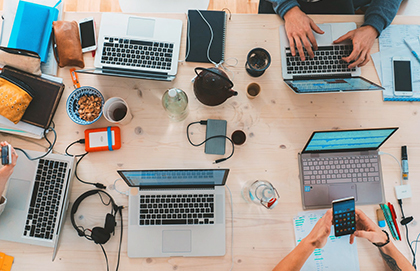 Going Viral and Not Going Back
Small Talk
Beauty, Celebrity, and Sainthood

05In January, Pope Francis visit both Sri Lanka and the Philippines. I covered the extraordinary visit of Saint John Paul II to Manila 20 years ago, when some four to five million people — perhaps the largest crowd ever to gather in human history — attended the final Mass. This time I think I chose the better part with Colombo. In the Philippines, Metropolitan Manila Development Authority Chairman Francis Tolentino has encouraged the 2,000 traffic enforcers who will be on duty for long shifts to wear adult diapers. Tolentino also recommends them for the people who will wait hours to see the Pope.5 All pilgrimages have some penitential aspects, but this is rather much.

06 It's a new year and plans have to be made. Where to travel, should Providence allow the time and money for a holiday? The travel editors at the have 52 suggestions should you be able to take the entire year off and want to build up a permanent reserve of frequent flyer points.6 First on the list is cultured and historic Milan, Italy, revitalized and renewed for the 2015 World Expo this summer. If commercial vulgarity is your thing, Miami Beach, Fla., also makes the list. Down at No. 51 is Baku, Azerbaijan, where "oil fuels an architecture and tourism boom." The travel editors don't read the business pages apparently, but perhaps the joys of Baku will endure even with the oil price falling. Canada makes the list twice. Quebec City is slotted in at No. 40, where the little blurb mentions the new hockey arena sans team and the "newly hip St-Roch neighbourhood." So much for 400 years of history. Yet what will really gall Quebecers is that Squamish, B.C., site of the new 900 metre Sea to Sky Gondola, makes it in at No. 32. History can't compete with shiny new gadgets.

07 Comparatively, Canada is rather short on history when compared to, say, the mother country. London, in particular, has plenty of history. Thirty years ago, parts of London belonged rather too much to a time history had passed by, and some new gadgetry was needed. Canada came to the rescue in the persons of Paul Reichmann and his brothers, whose Olympia & York real estate development firm converted the derelict Isle of Dogs into the shiny new Canary Wharf, an ambitious development that aimed to rival the City as a commercial and financial centre. One Canada Square, the flagship building, was the tallest tower in London until 2010. All that was an occasion of pride for Canadians "minding the gap" at the Canada Water tube station; but it's in the past now. Qatar is bidding to buy Songbird, which owns Canary Wharf.7 There was a time when the Empire ruled the colonies from London. Canary Wharf is that rare place where history can be seen in reverse. When London Bridge is falling down, Canadians, and now Arabs, rebuild it.

08 Remember those childhood presentations when the local police would come in and talk about traffic safety and warn against talking to strangers? Old school. Kids in Kingston, Ont., are offered the chance to sit in a mock jail cell, the better to warn them against embarking on a life of crime.8 Apparently the kids "love being in the jail cell," which might be rather counterproductive, pedagogy-wise. Not to worry: The officer tells the children — presumably in wickedly ominous tones — that real prisoners are not allowed mobile phones and that jail cells have no Wi-Fi. The children are shocked. Perhaps some even cry. But the police are not cruel. They say nothing about living without video games.

09 The absence of mobile phones in some places might be welcome. Restaurants, for example. Some exclusive ones ask that they be turned off. A few ban them altogether. For example, The Clink, a restaurant that operates inside three of Her Majesty's prisons in Britain.9 The imaginative idea is that prisoners are less likely to reoffend if they are equipped with both life and employment skills. The restaurants take reservations from the public and have proved popular, much like the dining rooms of culinary schools, where customers get high-quality cuisine produced by student chefs, or in this case, imprisoned student chefs. Food reviews have proven excellent and, more to the point, initial evidence shows recidivism rates are down. A fourth location of The Clink (British slang for gaol, as they would write) will open this spring. Dining is by reservation only — 72 hours in advance to enable a security check — and the aforesaid mobile phones are kept at the door. Patrons have to make conversation with those actually present. Cruel and unusual punishment? Maybe, but it may convince a few not to return permanently, when there are no mobile phones and the prison cafeteria does not aspire to gourmet standards.

10 Regular readers know of my interest in the abuse of power in the criminal justice system, from police harassment to prosecutorial excess to false convictions to brutality by prison guards. It's not a popular public position in a law-and-order age, and criminal defence attorneys are often considered suspect witnesses in correctional matters. Yet there was something poignant about the last words, as it were, of one of Canada's leading defence lawyers, Eddie Greenspan, who died on Christmas Eve while on holiday in Phoenix, Ariz. Hours before his death, he submitted a column, co-authored by Anthony Doob, to the National Post. In the piece, titled "Stephen Harper's scary crime bluster"10 by the editors, Greenspan marshalled the data that gives the lie to the always-more, always-harsher approach to law and order. "Crime and punishment issues are far too complex and far too serious to allow the national debate to be dominated by dishonest platforms and slogans." Knowledgeable and sane voices are too few in the fashioning of criminal justice policy. Canada has lost one of the most passionate. Requiescat in pace, Eddie.

Going Viral and Not Going Back

Fr. Raymond de Souza considers the ways in which our public spaces may change as they've now moved online due to COVID-19.

An eclectic and ecumenical roundup of incidents, events and oddities that catch our editor's eye.

Convivium editor-in-chief Father Raymond J. de Souza reflects on the twentieth anniversary of the deaths of Diana, Princess of Wales and Mother Teresa, as well as their legacy of beauty.