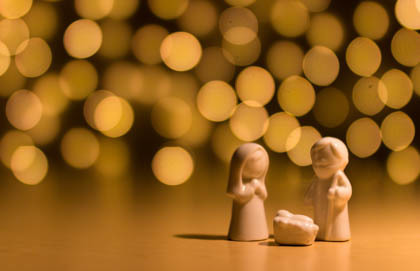 I was almost four years old in 1947 when an angel swindled me out of my Christmas present. It is among my earliest Yuletide memories, perhaps when I first learned you shouldn't get too carried away by the monetary aspects of the season.

Winters back then really were colder. The snow-banks really were much deeper. And children really did listen to hear sleigh bells in the snow. Living on a farm meant the only way to get to midnight Mass at the parish church in Stockholm, Sask., five kilometres away was in a sleigh we called a cutter. It was an enclosed six-seater on wood runners with button-tufted upholstery and coyote fur blankets to keep us warm.

Midnight Mass in those days was at midnight. There were three of them all rolled into one: the candlelit vigil at midnight, the Shepherd's Mass, and then the Christmas Mass at dawn.

That particular Christmas, which I recall to this day, my grandfather had given me a silver dollar. A solid silver dollar as big and bright and shiny as the full moon that illuminated the frosty landscape. The memory of it still remains in my mind's eye. I clutched that coin so hard in my small fist that I'm certain you could see the profile of the King impressed on the palm of my hand.

St. Elizabeth Church, with its splint floors and maple pews, was lit with Bunsen burner lamps. It smelled of incense, varnish and damp coats left to dry on radiators. Men and boys sat on one side of the sanctuary, women and girls on the other, as was the custom. As a full-throated choir sang a traditional Hungarian Christmas carol, "Mennyböl az Angyal" ("Angel from Heaven"), a memorial banner hand embroidered by the Sisters of the Good Shepherd in Budapest, depicting the four saints Mary, Stephen, Emery and Ladislaus, was carried down the nave. The banner was a church treasure, given to the parish by the Hungarian Ministry of Internal Affairs in 1928. 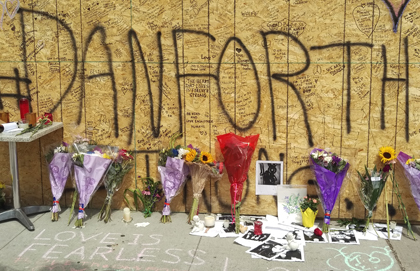 On cue, an angel was borne down the centre aisle behind the banner and placed on the communion rail in front of the crèche. I had my suspicions about that angel. It wasn't at all what my small brain had envisioned an angel to be, not the least bit ethereal. Its wings were leaden, its robes a dull white, and it carried a gold sack in its hands.

Monsignor Santha read Saint Luke's Gospel, now indelible in my mind. "And Lo, the angel of the Lord came upon them, and they were sore afraid. And the angel said unto them, Fear not, for behold I bring you good tidings...." And I was filled with great joy. Until it came time for the collection.

I watched as other children dutifully lined up and made their way to the crib of Bethlehem near the altar. My grandfather leaned over to me and whispered that this was the time for me to go up with the others and give to the angel the silver dollar he had given me. When I shouted "no" loud enough for everyone in the church to hear, my father bent my arm behind my back and frog marched me up to the angel. I was, you might say, sore afraid. I dropped my coin into the sack. The angel towered on its pedestal above me and nodded its bobblehead in what I presume was some sort of angelic benediction.

The old St. Elizabeth Church of my memory is long gone, replaced by a new building in the 1950s. My grandfather and father are both buried in the cemetery, where they wait for me to join them. I was back recently for the dedication of a stained glass window in memory of my maternal grandparents, but nothing was as I had remembered it. The banner from the old church is there, in a glass display case at the back of the building. Then, out of the corner of my eye, I caught sight of a small plaster angel hiding behind a side altar. The same angel that robbed me. It, too, is still there, much, much smaller than I remembered it.

I dropped a loonie into its bag, and it nodded its head at me in recognition.

By an accident of birth, I was raised Catholic. I am not a particularly good Catholic, but I am working on it. I have never missed a Mass on Christmas Eve. I don't have the energy or the desire to change what my friends may believe or what others believe to be true. To me the importance of Christmas is that it celebrates the miraculous birth of a child. Aren't all births miraculous? Christmas gives me an opportunity to restore, if only for an evening, all that is good, natural and beautiful, and allows me to be in communion with others who share that belief.

There is organized religion with all of its bureaucratic trappings. And then there is simple, undiluted faith, the celebration of the human spirit. I like to think I believe in angels â€“ angels that watch over us and take us out of the too-often ugly real world. As Thomas Hardy wrote in "The Oxen": "If someone said on Christmas Eve, / 'Come; see the oxen kneel, / 'In the lonely barton by yonder comb / Our child hood used to know,' / I should go with him in thegloom, / Hoping it might be so."

But I am still waiting for someone to tell me why in Heaven angels need pocket change.