Alvin Plantinga is widely recognized as one of the greatest philosophers of religion of our time. In his groundbreaking book, God and Other Minds: A Study of the Rational Justification of Belief in God, published in 1967, he tackled difficult questions on the philosophy of religion through the use of analytic philosophy. He has paved the way for a revival of natural theology, which has produced articulate defenders of arguments for God's existence.

In this more recent book, Plantinga uses this same analytic philosophic approach to argue, first, that while there is an alleged and superficial conflict between science and religion, the two are essentially in accord, and second, that while there is superficial accord between naturalism and science, the two are in deep conflict. By religion, he means the classical forms of monotheism (i.e., Judaism, Christianity and Islam), which affirm the creation of the natural world by a personal God. As for naturalism, he defines it as "the thought that there is no such person as God, or anything like God," as well as "a worldview, a sort of total way of looking at ourselves and our world."

In the first part, Plantinga looks at the alleged conflict between evolution and theistic belief and how God acts in the world. He sets out arguments made by neo-atheists Richard Dawkins, Daniel Dennett, Paul Draper and Philip Kitcher suggesting a basic incompatibility of evolutionary biology with the Christian faith. This incompatibility, he argues, arises out of their particular interpretation of the processes of biological evolution—an interpretation that resorts to metaphysical and theological speculation rather than scientific observation. An example of this would be when Dennett states that "the theory of natural selection shows how every feature of the world can be the product of blind, unforesightful, non-teleological, ultimately mechanical processes of differential reproduction over long periods of time." Dennett's assertion is not based solely on empirical means since science is neutral on the question of whether certain biological processes are guided or not by God.

Plantinga then goes on to discuss the "old" and the "new" picture of the means through which God acts in the world. According to the "old picture," God's action in the world is non-existent because He lacks either the power or the will for such action. This is the view of theologians such as Rudolph Bultmann and Langdon Brown Gilkey, who thought that the great lesson learned from the fathers of modern science such as Newton and Laplace was that the universe must be assumed to be both deterministic and causally closed. Yet, notes Plantinga, these two assumptions, which exclude the potentiality of God's action in the world in addition to ignoring Einstein's special and general theory of relativity and quantum mechanics, are not required by modern science. Newton himself did not consider God's action in the universe impossible and even believed that God regularly intervened to adjust "the orbits of the planets."

The "new picture" involves Einstein's theories of relativity and quantum mechanics (QM), which were developed in the 1920s. Plantinga argues that "QM offers even less of a problem for divine special action than classical science even though the latter doesn't offer much of a problem." He examines the two basic objections of prominent philosophers and scientists who deny God's special action in the world, one being that divine intervention "goes against the natures of the things God has created," and the other that there is an "inconsistency" in God's allowing things to develop according to certain natural laws and then violating those same laws. Plantinga rightly points out that "it isn't easy to see what is problematic about God treating what he has made differently on different occasions" and states that "there is nothing in current or classical science inconsistent with special divine action in the world." 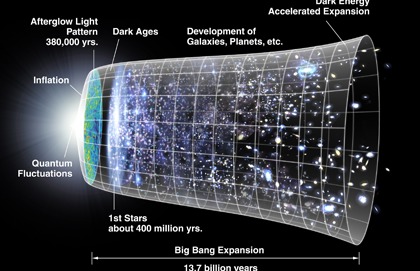 Overturning Stumbling Blocks
Once Again A Christian
Faith On A Handshake

In the second section, which outlines a "superficial" conflict between theistic faith and both evolutionary psychology and Scripture scholarship, Plantinga examines the works of evolutionary psychologists who claim to apply the scientific method to the study of religion and notes that most of them simply assume that religions are nothing more than aids for human survival. It is unclear why Plantinga admits there is even a superficial conflict present here, as opposed to just an alleged one, since he goes on to indicate that "if Christian belief is in fact true, as, naturally enough, the Christian will think, it will be produced in us by cognitive processes that God has designed with the end in view of enabling us to see the truth of ‘the great things of the Gospel.'"

Plantinga then looks at two forms of historical Biblical criticism (HBC): Troeltschian and Duhemian. Troeltschian HBC assumes that history is not influenced by "supernatural, transcendent powers." However, Duhemian HBC does not necessarily include or exclude God's special divine action but focuses on the historical facts about which "everyone can agree" such as Jesus' crucifixion, burial and certain sayings. Plantinga addresses the question of whether the methods of Biblical criticism and the arguments from evolutionary psychology provide any grounds for rejecting or doubting traditional Christian beliefs. To this effect, he sets out a series of potential defeaters, distinguishing between what he calls rebutting and undercutting defeaters. The first type consists of arguments justifying outright rejection of a previously held belief; the second, of arguments warranting doubt or uncertainty about a particular belief.

In the third part, Plantinga investigates the concord between science and religion, focusing on recent scientific discoveries that, in his view, are fully compatible with theism, while at the same time acknowledging that scientific evidence alone cannot constitute proof of God's existence. The first argument he examines is the fine-tuning argument in physics and astronomy, which refers to the fact that the existence of life, especially human life, depends on a series of very improbable but precisely balanced physical factors such as the fundamental laws and parameters of physics. For example, if a law such as gravity was stronger or weaker by one part in 1040, then stars such as the sun that permit life could not exist. There are a multitude of such examples. A good way to envision these highly improbable coincidences is to conceive of a series of radio dials (for each law and parameter of physics) that, without being set exactly in a particular way, would make life and even the existence of matter impossible. This being said, Plantinga considers a series of objections and concludes that the finetuning argument "does offer support [for theism] but only mild support."

The second argument concerns biology, particularly the nature and character of living organisms. He uses the famous example of "irreducible complexity" as defended by biochemist Michael Behe, which he suggests fares better as a discourse than an argument, the difference being that a design discourse is based on intuition, whereas a design argument is an inference to the best explanation.

Plantinga, in the same section, argues for a deep concord between science and religion, going so far as to note that the whole success of the scientific enterprise would never have been possible without belief in the existence of a rational God. He emphasizes the correspondence between human cognitive capacities and the rationality of the universe. The salient point here is that the Christian God is a guarantor for the correspondence between our cognitive faculties and the actual nature of reality. This, for Plantinga, forms a deep concord between Christianity and science, more so than the fine-tuning argument and design discourses.

In the fourth section, Plantinga presents his strongest argument in support of his thesis that naturalism is actually in deep conflict with science.

The argument is known as the evolutionary argument against naturalism. One finds its ancestral form in C.S. Lewis' Miracles and in Richard Taylor's Metaphysics. It concerns the reliability of cognitive faculties such as perception, memory, testimony, sympathy and induction. Plantinga writes about memory being reliable only if it produces true beliefs. He further argues that if naturalistic evolution is true, then there is a very low probability that one's cognitive faculties are reliable. As he puts it, "My belief that naturalism and evolution are true gives me a defeater for that very belief; that belief shoots itself in the foot and is self-referentially incoherent; therefore, I cannot rationally accept it. And if one can't accept both naturalism and evolution, that pillar of current science, then there is serious conflict between naturalism and science."

Plantinga's argument about the incompatibility of naturalism with science constitutes an original contribution to the science-religion interaction and makes this book well worth reading.