Philip Yancey has spent most of his writing career circling around the themes of pain and suffering with over 25 award-winning books, including titles like Where Is God When It Hurts, Disappointment with God, and The Question That Never Goes Away. Early in his career as a journalist, Yancey came across the works of John Donne, a pastor and poet serving in England at a time when the bubonic plagues swept across Europe, killing one-third of the continent’s population. Donne’s book, Devotions Upon Emergent Occasions, reflected on the experience of isolation in a time of sickness and inspired the start of Yancey’s writing career. Still, it wouldn’t be until April 2021 that Yancey would publish A Companion in Crisis, a modern paraphrase of John Donne's Devotions and a reflection on Yancey’s own experiences throughout the COVID-19 pandemic.

In late January, Philip Yancey spoke at the American Scientific Affiliation’s 2022 Winter Symposium on “God, Science, and the Pandemic with Lessons from John Donne". Yancey spoke on the four foundational principles that he has learned about suffering, supported by John Donne's observations during the pandemic 400 years ago. He also explored how science and faith can grow together in this difficult time.

Jesus healed everyone who asked and never once blamed the victim for their suffering. He didn’t solve the problem of pain, or remove suffering from the world, but embraced and endured it alongside humanity.

There are certain days that live in our collective consciousness as “days of infamy” – September 11, December 7 – now, March 11 will forever mark the anniversary of COVID-19 being declared a pandemic. In 2021, it also marked the tenth anniversary of the Tōhoku earthquake and tsunami, a catastrophic natural disaster that devastated the coastal regions of Japan and led to over 20,000 causalities. Yancey recounted his experiences visiting the area, including the site of an elementary school where 74 students died. The gymnasium had been converted into a kind of museum, full of textbooks, dolls, photos, and other childhood toys recovered from the debris. He recounted the haunting image of a mother sifting through boxes of debris, searching for any memento that might have belonged to her lost daughter. The tsunami did its damage quickly and receded, but the pain it left behind has continued to this day.

C.S. Lewis described the natural world as “a good thing spoiled”; a view that Philip Yancey shares. The tectonic forces that led to one of the most devastating and expensive natural disasters in history in 2011 are the same forces that formed the islands of Japan in the first place. As one of the most abundant forms of life on Earth, 99% of viruses are beneficial, and virologists estimate that only 1% are pathogenic and cause disease. Yet it took only one mutant strain to bring the world to a stop.

2. God is on the side of those who suffer.

When things go wrong, we tend to instinctually believe we are being punished for something. When natural disasters like earthquakes, floods, and forest fires occur, we call it an “act of God.” This places the blame for uncontrollable circumstances squarely on God’s shoulders, holding Him as the source of our suffering. Philip Yancey argues that we only need to look to Jesus’ example to know that’s not the case. Jesus performed countless miracles during his earthly ministry, responding to pain and grief with compassion and healing. Jesus healed everyone who asked and never once blamed the victim for their suffering. He didn’t solve the problem of pain, or remove suffering from the world, but embraced and endured it alongside humanity. 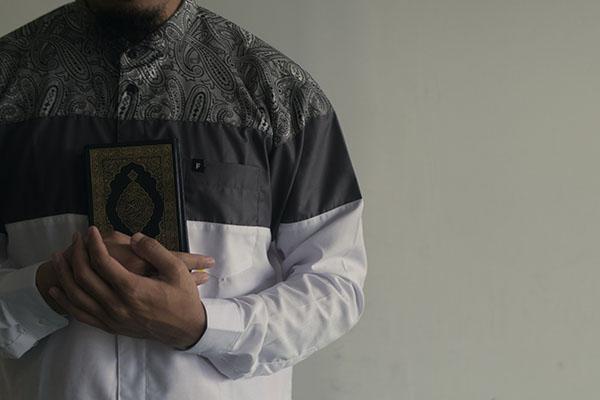 That All Faiths Feel At Home
The New Scientism: Still Fighting the Phantom War
A Pandemic Journey to Pentecost

3. The Bible focuses on what suffering produces, not the cause.

John Donne wrote Devotions upon Emergent Occasions in 1623, at a time when he was seriously ill and thought he was dying of the plague. In his book, he questioned why he should be suffering at a time when he should be offering comfort to his parishioners. He records hearing church bells tolling and mistaking them for being an announcement of his own death. When he realized the bells weren’t for him, he penned one of his most famous lines: "No man is an island, entire of himself; ... therefore never send to know for whom the bell tolls; it tolls for thee."

The Bible does not give an immediate reason for suffering. When the Pharisees or Jesus’ disciples tried to blame victims for their suffering, Jesus refuted them, but he never explained why the victims had to have their experiences. Even Job, who deserved an answer more than most, never received an explanation for why he suffered in God’s longest recorded speech at the end of the Book of Job. John Donne never got an answer for why he became ill. In his reflections, he came to see it as an opportunity for learning, as well as a chance to reflect on the suffering of his neighbours and use his position to do good.

4. The Church’s mission is to represent the God of all comfort.

The apostle Paul refers to the God of all comfort, “who comforts us in all our troubles, so that we can comfort those in any trouble with the comfort we ourselves receive from God” (2 Corinthians 1:4, NIV). That is the stated mission of Christ’s Church. If there were ever a time when the world needed messages of comfort and compassion, it would be during a time of global crisis. Looking at history, sometimes Jesus-followers have fulfilled that mission, and sometimes they haven’t. When the bubonic plague swept across Europe and killed one-third of the continent’s population, so-called ‘prophets’ claimed it was God’s judgment (when really, all Europe needed was a supply of rat poison). In the present day, prominent Christian groups propose conspiracy theories, denouncing science. They sow division rather than unity and fear rather than comfort.

In times of suffering, when there are no answers as to “why”, [science and faith] must work together to bring comfort, compassion, and healing.

On the other hand, many people have responded to the suffering of the past two years with compassion. Canadians nation-wide have started a “caremongering” movement to counteract the fearmongering that has accompanied the pandemic, offering practical help like grocery deliveries and drug store pick-ups for seniors and other vulnerable populations. Nurses have come out of retirement to serve on the front lines at hospitals and care homes, and health care workers have volunteered their time to serve at vaccine clinics.

We have the challenge of making God visible to a hurting world. Science has a major challenge of restoring faith in good science. These struggles are not far removed from each other, as Christians are faced with a skeptical science community while scientists and science supporters are up against a confused and frightened public.

Science is, at its core, the pursuit of truth through the scientific method. At no point during that process is our knowledge absolute or infallible; instead, we develop better answers as we gain more information over time. Scientists haven’t done a good job explaining this in the past, and certainly not during the pandemic. This has led to mass confusion and ill-informed public opinion as public health guidelines shift to account for new knowledge. Similarly, faith pursues truth through prayer, understanding that all truth belongs to God and accepting that we don’t always have all the answers.

Yancey’s challenge was for scientists to work out of the reality of their faith for the good of all people. Real science can guide our faith into a deeper understanding of the created world and ways we can serve one another. Both science and faith are limited by human understanding. In times of suffering, when there are no answers as to “why”, they must work together to bring comfort, compassion, and healing.

Photo by CDC on Unsplash.com