In North America, the terms “education” and “public education system” get treated as though they mean the same thing. When we remind people that education is bigger than the public system, it changes the conversation in a big way. Reframing our concerns opens up the options and suggests that a variety of parties—associations, providers, schools, and, even more importantly, families—have a stake in education. This means that these groups can also be challenged to take responsibility in considering the relationship between school choice and the public good.

School choice means different things to different people. To defenders of the North American status quo, school choice is shorthand for a set of policies that will undermine the effectiveness of a single education system, ensuring that all children are educated along similar core values. For those who advocate against big government and favour free market competition, school choice protects the freedoms of individual families and raises standards and performance. But what if most of us don’t actually make choices this way at the local level? In reality, there are two basic questions that parents ask:

Parents make decisions regarding the education of their children in many ways. Accessibility to a desired school is among the most significant factors in real estate decisions. And while the range between the quality of schools in more affluent neighbourhoods and those in less affluent ones varies depending on the part of North America in which you live, the notion that common funding formulas automatically translate into equal educational quality is commonly understood to be mythical.

Parents desire different types of schools for all sorts of reasons. Whether they’re placing priority on the language, pedagogy, religious perspective, or any one of an additional dozen factors, decisions regarding schooling priorities can be as diverse as the population itself. The functional social question that emerges is two-fold: Which of these choices should be supported by the community? Should the same rules and the same funding apply to all of the choices? 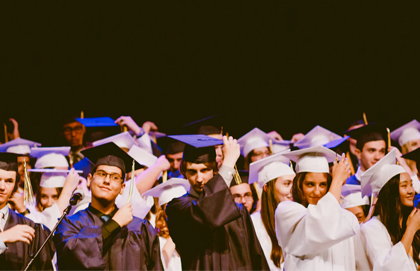 In Canada, we built a country around a compromise on these basic questions. Debates between French Catholics and English Protestants were resolved by a constitutional guarantee that the minority group in any region would have the right to protect their language, culture, and religion by having schools available in which these were taught. 150 years of history have seen these principles applied in very different ways across educational jurisdictions, but the very existence of French immersion, a separate Catholic school system, and a recognition of parental rights to choose between the available educational options are remnants of this historic compromise.

In the United States, the first amendment of the Constitution (most commonly known by the shorthand “separation of church and state”) set in motion a different approach. The distinctions between “private” and “public’ education became stark.

However, as we are faced with the twin challenges of graduates competing effectively internationally (neither the United States nor Canada are distinguishing themselves much in most school outcome measures) and maintaining social cohesion in the midst of growing ethnic and religious diversity, the discussions regarding school choice have taken on different dimensions in the past decade. For most parents, trying to fix the whole education system is a problem too big to think about. At the same time, they aren’t going to wait around for others if it will be too late for their Johnny to benefit. Hence, we see growing utilization of charter schools, home schooling, technology-delivered education, French immersion, magnet schools, etc. in both countries. The traditional data of public school utilization (which remains at around 90% in North America, with some range between jurisdictions) is not that meaningful in that some of the choices are within the publicly administered system and so not captured in the data.

Resolving these debates at a social level introduces complex questions which will undoubtedly continue to cause debate, but at their essence there are a few simple principles at stake.

Parents should have real meaningful choices to exercise regarding their education of their children, recognizing that not all are seeking the same thing. Conventional North American thinking on this question has defaulted to the public provision of one option—anything else is on your own dime. There is growing evidence that this is neither producing the sort of overall results most would find desirable, nor is the system particularly fair in providing public support and recognition for differing choices.

The debate is complex and the impossibility of providing equal support for every available option for every child is not a necessary conclusion. But neither should the default answer be that a single educational system (which by definition will reflect the majoritarian consensus) and fitting our kids into that system will produce the best outcome. Historical and international evidence, core democratic principles, and a common-sense realization that no “one school fits all” all support thinking about our education system in terms of diversity and choice.

It’s unfortunate that the shorthand has come to be “school choice.” Maybe what we really need to be talking about are school choices.

In a recent talk to a group of conservatives, classical liberals, and libertarians, Cardus Executive Vice-President Ray Pennings challenged those present to re-think their approach to educating Canadian kids. Too often, he tells Convivium’s Peter Stockland, the Right offers more problems than solutions to what ails our schools.