As surely as spring arrives later this month, wedding season won’t be far behind. But the peal of wedding bells signifies more than just the formalization of a relationship, according to new data from Global Family and Gender Survey (GFGS). Meanwhile, separately released Statistics Canada numbers also shed light on the issue. In short, there are sharp differences in family life satisfaction and perceived relationship stability between married and cohabiting parents.

Marriage is closely related with family life satisfaction. While 62 per cent of married parents with children under 18 reported being very satisfied with their family lives, the GFGS finds just 48 per cent of cohabiting parents say the same. This satisfaction gap is evident in other Anglosphere countries, with Australians very similar to Canadians.

Why might there be a gap in family life satisfaction between married parents and those living common-law?

In a word: stability.

Saying, “I do,” makes a difference. Marriage requires a declaration of commitment. Romantic partners who cohabit do so for a variety of reasons and intentions. For some couples it’s a test relationship. For others it’s a matter of convenience and a good-for-now arrangement. Others are committed for the long-term. Despite the growth in common-law relationships, now accounting for 18 per cent of all census families, cohabitation remains more prone to break-up than marriage. Newly released Statistics Canada data has found that of couples in a relationship lasting 30 years or more, almost eight in 10 are married. Just 22 per cent are living common-law. While this points to the predominance of married partnerships, it also speaks to the stability of marriage. 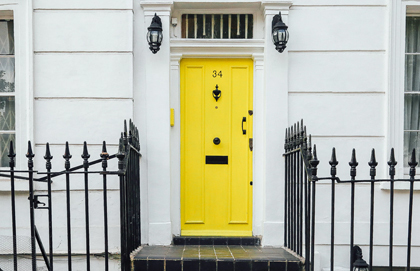 Although many Canadians continue to marry, many think of marriage as nice, but not needed. A 2018 Angus Reid Institute survey found that 53 per cent of respondents reported that, “marriage is simply not necessary.” Marriage has become one option among many. Yet the same survey found that 57 per cent of respondents agreed that marriage is “a more genuine form of commitment than a common-law relationship.”

The greater risk of break-up among cohabiting parents also shows up in the GFGS. Cohabiting Canadian parents were more likely to report they had serious doubts about the future of their relationship with their partner in the previous 12 months. In fact, just over a third (34 per cent) of cohabiting parents expressed this concern compared to just 22 per cent of married parent respondents. Experiencing serious doubts about a partnership may explain lower levels of satisfaction with family life.

Why might there be a gap in family life satisfaction between married parents and those living common-law? In a word: stability.

It’s also possible that married couples place a higher priority on their relationship. The GFGS found that 75 per cent of Canadian married parents agree that “their relationship with their partner is more important than almost anything else in life.” This was one of the highest responses among the 11 developed nations in the survey. By contrast, 63 per cent of parents in common-law relationships agreed with the statement.

Economic studies show that married and cohabiting families tend to organize their finances differently, with married families more likely to pool and take advantage of combined income. The economic advantage is often passed down to the kids. Married families are more likely to save money and invest more in retirement planning. Again, this likely reflects a shared long-term commitment to the relationship.

Great kids grow up in many types of families and family structure is not destiny. We know from decades of data, however, that adults’ romantic partnership decisions contribute to child outcomes. Writing about the GFGS results in a recently released report, authors W. Bradford Wilcox and Wendy Wang note, “Differences in stability between cohabiting and married families are noteworthy because children are more likely to thrive in stable families.”  Numerous studies have found a correlation between stable, married parent families and their kids’ increased educational attainment, and reduced likelihood of getting in trouble with the law or involvement in a teen pregnancy.

Canadians remain generally positive about the idea of marriage even while they view it as unnecessary. GFGS suggest that marriage is more than a luxury; it’s a positive contributor to family stability and family life satisfaction. Family life satisfaction and relationship stability are important aspects of well-being, particularly when considering the home environments of children. Canadians are free to organize their family lives as they see best, but we shouldn’t discount the stabilizing impact of marriage on families and communities.

The Graying Of Cohabitation

Senior Researcher Peter Jon Mitchell talks with Convivium about a new report from Cardus Family on data showing a doubling of the number of middle-aged Canadians choosing to cohabitate rather than marry. There are risks, Mitchell says, for the couples and for society.