The arrival of 2017 – the year of Canada’s sesquicentennial celebration – was marked by the lighting of a special fire in Ottawa. A newly constructed cauldron has been built at city hall to mark the occasion. Following its lighting on New Year’s Eve, a human chain of young people passed along torches along the almost one kilometer route and re-ignited the centennial flame on Parliament Hill.

The setting was postcard-perfect Canadiana. Enthusiastic toque-wearing teens and families were skating on an ice-rink. A diverse visibly multicultural crowd lined up for free Tim Horton’s coffee and hot chocolate. The famous Ottawa Beavertail stand was doing steady business. All of this was sprinkled with a picturesque snowfall that covered the dirt and kept the picture post-card perfect – one could not help but jive to the music-beat with maple-leaf pride warming the heart with the thought: “Of all the countries in which I might have been born, how privileged I am to be a Canadian.”

The official proceedings, as befits a New Year’s Eve gathering, were short. An acknowledgement that we were standing on un-ceded Algonquin territory, the appropriate greetings from the various levels of government and corporate sponsors, a few rah-rah applause lines about how a great country deserves a great birthday party, and (since this was the kick-off), some pre-advertising on what was being planned for the year to come – all accomplished in 20 minutes or so. The attention of the gathered thousand or two was appropriately maintained. Boilerplate stuff for civic ceremonies, more than competently executed.

The focal point of the ceremony was the lighting of the five-metre tall cauldron and so it was no surprise that the metaphor of fire igniting passions was liberally utilized in the speechmaking. However, as we moved to the climax and the crowd was being readied to “oooh” and “ahh” at the radiance of the flame enveloping the stone maple leaf, we were first provided a catechism lesson.

This fire, we were told, was no ordinary fire but rather a “sacred flame.” It had been made so in a special ceremony that our civic leaders held with aboriginal elders that afternoon. I didn’t take notes but if I understood correctly, in aboriginal spirituality fire provides a special connection to the spirit world, connecting our past and future and its presence is a promise of peace and a better future. 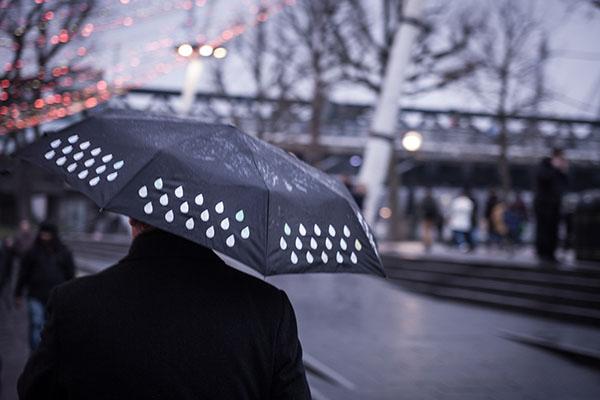 Once the significance of this fire had been explained, three elders from three different tribes were introduced, carrying a special torch that contained this fire. A moment of silence overtook the crowd as the flame was held up. Respectful applause followed and the process of lighting the cauldron began, the torch being passed along a line of dignitaries until the cauldron was lit.

I am person of faith and so having religious participation in civic events is something I welcome. I am also am very conscious that the treatment of aboriginal communities throughout Canadian history has been abysmal. While I disagree with some of the “how” aboriginal issues are being dealt with, the fact of these neglected issues being raised, and attempts made to reconcile and right wrongs inflicted, is something I celebrate as well.

We look for meaning and significance that goes beyond the moment. The fire wasn’t just a chemical reaction observed through light and heat and various chemical products. It’s human to look for the sacred fire on an occasion like Canada’s 150th.

Yet, at this moment celebrating the kickoff of Canada’s 150th birthday party, something felt strange and out-of-place regarding this public celebration of aboriginal faith in a civic ceremony. Presuming the crowd to be a cross-section of Canadians, we would expect just shy of one-third of them to be people whose faith was a significant part of their identity. A similar but slightly smaller number, if asked, would articulate some measure of hostility to religion and its overall impact. The largest group would be somewhere in the ambivalent middle. Two thirds of the population identifies as Christian of one variety or another; other religions combine for less than 10 percent of population, with Muslims being the largest group at 3.2%.   Approximately four per cent of the population is aboriginal, and quite religiously diverse. The appetite for participation by the full range of diverse religious groups in the sesquicentennial celebrations is evident from the over one hundred that have joined Cardus’ faith in Canada150 alliance (www.faithincanada150.ca) So why does a Canadian sesquicentennial launch include only an aboriginal religious ceremony?

The official answer, of course, is that the history of our lands reaches back beyond 150 years so this was a recognition of the aboriginal contribution to our history. Agreed. But why a religious ceremony? In an era of pluralism, would not the participation of spiritual leaders from the various religious traditions that make up Canada be equally welcomed?

I commend the aboriginal elders for taking the opportunities afforded them to share their faith with others, to invite their neighbours to understand their traditions, and for not shying away from recognizing that we can’t really talk about Canada 150 without acknowledging the spiritual dimensions of our past, present and future.   And the sacred fire is a powerful symbol that invites the conversation.

Incorporating religion into public ceremonies in a pluralistic context is admittedly a difficult matter.   At Canada’s Centennial, in a majoritarian Christian context, Jewish and Christian leaders were invited to publicly pray. Readings from the Christian scriptures were part of the ceremony. In most of today’s ceremonies, the spiritual component of our public life together is conspicuous only by its absence. Putting everyone on stage is cumbersome and complicated. So it’s easiest to ignore the spiritual dimension of life and adhere to a secularized notion of a neutral public square in which religion plays no part. My guess is that if we asked the organizers of Saturday’s city hall event, they would describe it as a secular event.

Except it wasn’t. We didn’t light the flame with a fire. We lit it with a fire made sacred in a religious ceremony to which our leaders attended, and the significance of which was explained. I do get it. Even those who wish to explain away religion and the transcendent find themselves, especially at occasions that mark the major transitions of life, face-to-face with the reality that human beings are spiritual creatures. It wasn’t advertised as such, but this was a religious event. We look for meaning and significance that goes beyond the moment. The fire wasn’t just a chemical reaction observed through light and heat and various chemical products.  It’s human to look for the sacred fire on an occasion like Canada’s 150th.

My guess is that for most in the audience, the rote acknowledgement that we were on aboriginal land, the respect shown to the elders and the silent acquiescence to the spiritual component that aboriginal participation brings into our public ceremonies is a reflection of our political age and sensitivities, not any religious question. But perhaps its an opening to engage in an important conversation which needs to be held if the next 150 years of Canadian life are to bring the prosperity and flourishing that we aspire to as we engage in our patriotic birthday parties.

What I do know, however, is that the hell that evil deserves, whether committed by notorious sinners or more refined sinners, has been paid for and grace and forgiveness are freely offered However, even though religious references to hell are relatively rare, casual and popular references to hell se...