Jewish law, known as Halacha, is the cornerstone of the Jewish faith. It serves as the comprehensive legal system, moral standard, and code of conduct for the Jewish people. Halacha regulates the lives of practicing Jews, informs their social and communal interactions, and provides context for the Jewish perspective.

The story of the Jewish nation, its tumultuous history and lived experience can neither be fully understood nor appreciated without a firm grasp of the role of Halacha in Jewish society.

Since receiving the Torah on Mt. Sinai and the establishment of Halacha as the legal system of the Jewish people, the Jews have encountered, been subjugated by, and peacefully co-existed with numerous political and legal systems, cultures and societies. Through the everchanging currents of history, Halacha has been the constant for the often-transient Jewish people and a source of guidance they could consult to navigate the complex variety of interactions with the broader world.

The goal of my paper is to provide insight into the relationships between Halacha, the Jewish people, and the various forms of state and State legal systems they have crossed paths with throughout the millennia. It begins with an examination of the way in which Halacha is both the core of Jewish religious practice as well as the civil legal system of the Jewish people, and the interconnectedness of law and religion in the Jewish community. 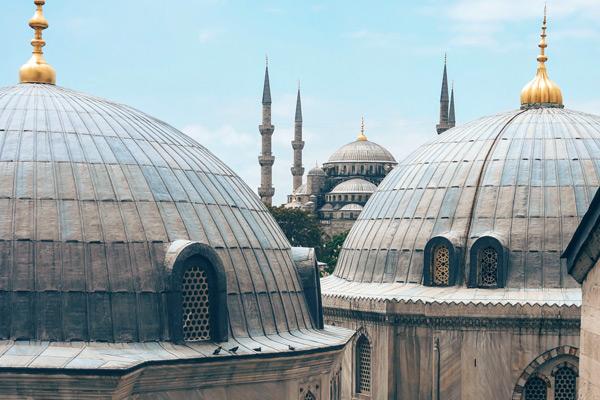 The paper highlights the influence of this relationship between faith and law during the Temple era, when Halacha was the law of the land, as well as the post-exile and contemporary communal structures, where the role of Halacha is determined by individual choice and communal engagement. Additionally, it explores how Halacha has evolved over time to reflect the shift in circumstances of the Jewish people from a national commonwealth with an established legal structure, to a people in exile fragmented by millennia of turmoil and persecution.

It also discusses how Halacha conceives of and distinguishes between various forms of secular government and legal systems that regulate non-Jewish societies. Following that discussion, consideration is also given to the Jewish imperative to obey the law of the land, known as Dinah d’Malchusa, how this is a Halachic obligation as well as a civic one, and how the nature and character of a state and its laws determine the level of mandated Halachic obedience.

The story of the Jewish nation, its tumultuous history and lived experience can neither be fully understood nor appreciated without a firm grasp of the role of Halacha in Jewish society.

Finally, it examines the perspectives of the non-Jewish regimes that have encountered Halacha and the different levels of integration Halacha has had in broader legal systems throughout the generations. It considers some of the conflicts that can strain the relationship between Halacha and secular law, as well as methods – both those built into Halacha or measures of accommodation adopted by secular society – that have been implemented to manage them. It concludes with some thoughts on the current relationship between Western society and Halacha and the ongoing dialogue between them.

The relationship between Halacha and State law is as old as the Jewish faith itself. For thousands of years, the Jewish community has used Halacha as a mechanism for defining its relationship with the broader community of nations and its various legal systems. The detailed and nuanced Halachic treatment of State government and legal systems, coupled with a deep reverence for the rule of law, has provided a comprehensive guide for interacting with the non-Jewish world.

Correspondingly, since the destruction of the Second Temple, State governments have similarly recognized the role of Halacha in the Jewish faith and the influence it has on its members. Accordingly, for two thousand years, when dealing with the Jewish people, the State has had to account for the Halachic perspective and include that in its process for legislating the Jewish community. Whether the State wanted to co-opt Halacha as a form of semi-autonomous sublegal system or preferred to wipe it out completely, the State would always have to consult Halacha when considering the Jewish community.

This relationship is dynamic and continues to evolve. We in the developed world are fortunate to live among those who not only tolerate religious minorities but value their place in the mosaic of society. This has allowed the Jewish community to flourish and substantively contribute to the broader community. However, the book is not yet closed on determining the place of religious life within a mostly secular State, and we continue to bear witness to a highly evolved legal and civic system doing its utmost to balance its commitments to uphold the numerous and sometimes conflicting rights of its different peoples – all of whom look to the State to guarantee their protected statuses. And while we cannot know what the future has in store, we can expect the rapport between secular law and Halacha to continue to evolve and play an active role in defining the relationship between the Jewish community and broader society.

Ultimately, the relationship between Halacha and societal law is the longest running case study of a religious minority – one that is often persecuted and oppressed – struggling to maintain its identity while simultaneously trying to engage in and contribute to the broader society. Through it all, Halacha has acted as both the protector of the Jewish faith as well as the bridge between the Jewish community and the societies that it has encountered. While this story is far from over, it is hoped that the paper will provide some insight into how Jewish law perceives secular law, the secular State and its relationship to both.

A Time for Holy Wisdom

As Turkey reconverts the Hagia Sophia from secular museum to mosque, it risks a deal with the devil by turning religious devotion to political purpose, Robert Joustra writes.

Freedom in the Law

While many Canadians spent the long weekend lolly-gagging in the name of a long-gone British monarch, Jews celebrated the feast of Shavuot – Pentecost. Convivium contributor Rabbi Moishele Fogel examines the historical origin and theological complexity of a holiday devoted to the Torah, its rules, and its obligations that give a paradoxical promise of liberty to God's Chosen People.

Good News in the Newsroom

"Deciding to become a religion reporter at a newspaper is not unlike walking into a biker bar on a drunken Saturday night wearing a white linen suit and spats. This form of dress is not an act of wilful aggression, but it does have a way pf upsetting the balance of things. Some in the bar might laugh, some might get angry and others still might become aggressive."